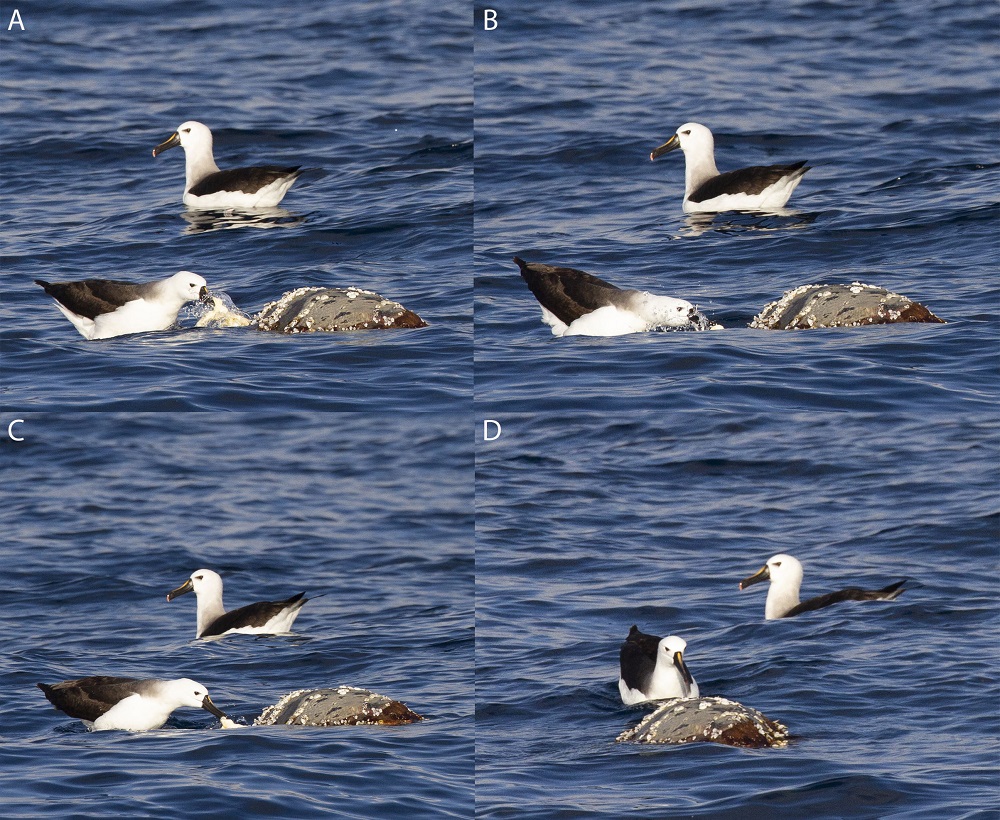 Fabio Schunk (Comitê Brasileiro de Registros Ornitológicos, São Paulo, Brazil) and colleagues have published in the open-access journal Marine Ornithology on a juvenile Atlantic Yellow-nosed Albatross Thalassarche chlororhynchos observed feeding on a corpse of a Loggerhead Turtle Caretta caretta at sea off the coast of Brazil.

Albatrosses mostly forage for fish, squid, and crustaceans (including discards from fishing vessels), but they also scavenge animal carcasses, a behavior still poorly characterized for some albatross species. In July 2021 during a pelagic birding trip off the coast of São Paulo State, Southeast Brazil, three Atlantic Yellow-nosed Albatross Thalassarche chlororhynchos were spotted feeding on the floating carcass of a Loggerhead Sea Turtle Caretta.  This behavior had not been previously documented in the literature, on-line citizen science platforms, or by personal observations. We believe this to be an uncommon feeding strategy for this albatross species.” 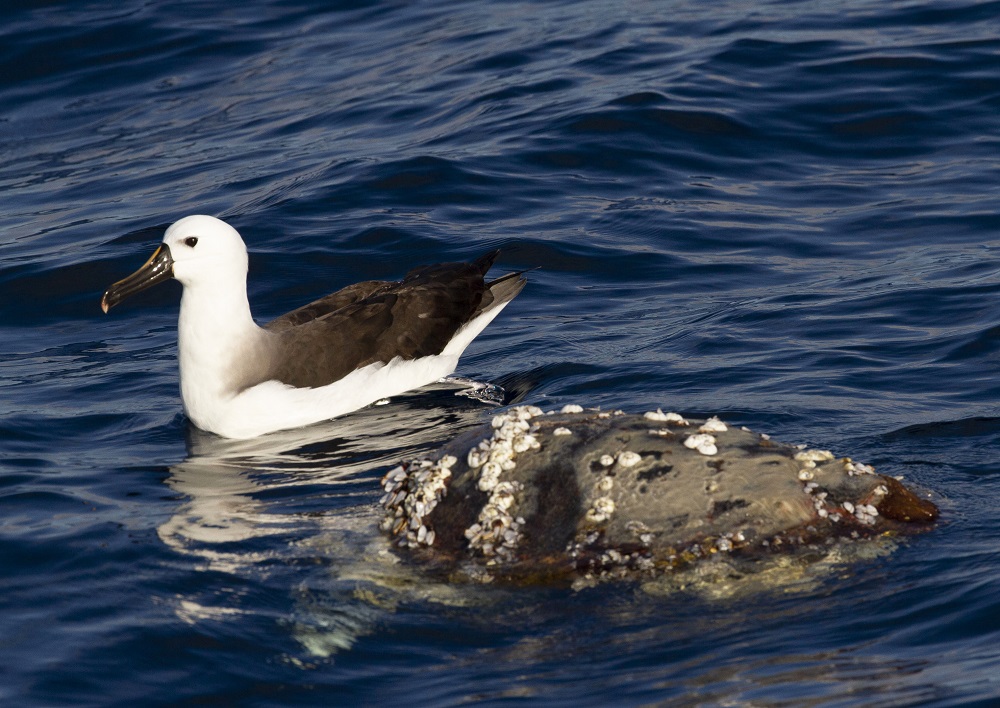 With thanks to Fabio Schunk.