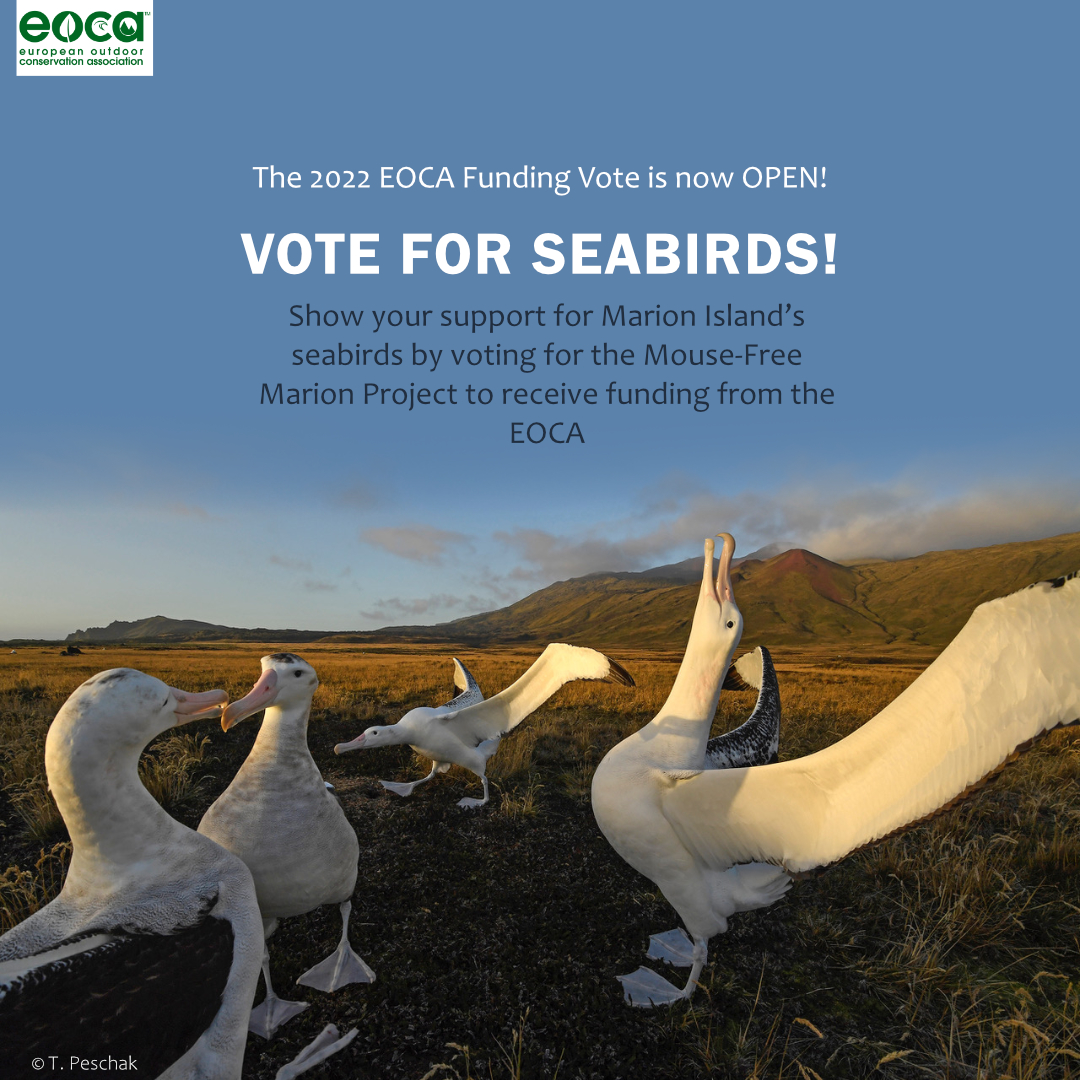 A Gam of young Wandering Albatrosses on Marion Island, photograph by Tom Peschak

The Mouse-Free Marion Project that aims to eradicate the sub-Antarctic island’s “killer mice” has recently made it to the shortlist of the category 'Wild Places' and is in the final round to be awarded funding by the European Outdoor Conservation Association (EOCA) which would contribute to the project’s goal.  The shortlisted projects go through a public voting phase which is now open and extends until 26 October.  To help save Marion Island's seabirds, the MFM Project is asking for votes to be made here.

The European Outdoor Conservation Association has a vision to champion the conservation of nature and wild places.  As a charitable organisation directly funding specific projects, the association wants to show that the European outdoor industry is committed to putting something back into the environment, and all working together a real difference can be made. 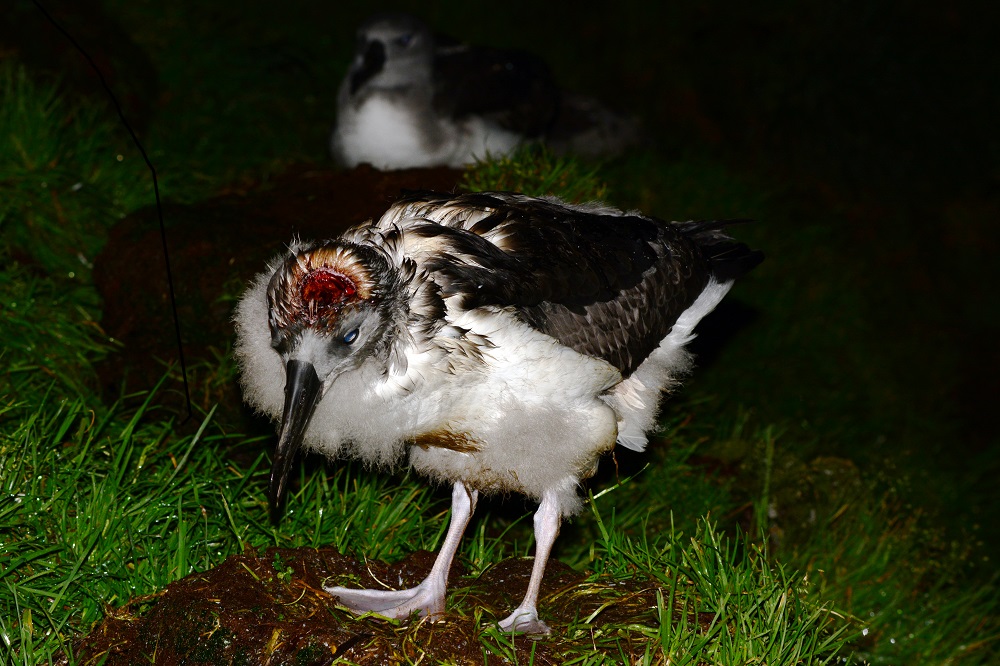 Scalped by mice: this Grey-headed Albatross chick on Marion Island will not survive another night’s attack; photograph by Ben Dilley

“Non-native, albatross-killing mice were accidently introduced to Marion Island in the sub-Antarctic by ships in the 1800s.   With no natural predators, the mice prey on native invertebrates and plants, as well as on sea bird eggs, chicks and even adult birds as they sit on their nests. The tunnelling activities of the mice is also drying out peat bogs, which cover half of the island and are important for carbon storage. The Mouse-Free Marion Project aims to restore the critical breeding habitat of over two million seabirds on Marion Island, by removing mice from the 30 000- ha island.  Additionally, the project will improve the island’s ecosystem’s resilience to climate change by removing the impact the mice have on other native fauna and flora, and benefit birdwatchers throughout the Southern Hemisphere.  The project will benefit 28 seabird species including Grey-headed, Sooty and Wandering Albatrosses.  Twelve educational events about the project will be delivered in South Africa.”

Access the latest newsletter of the Mouse-free Marion Project here.