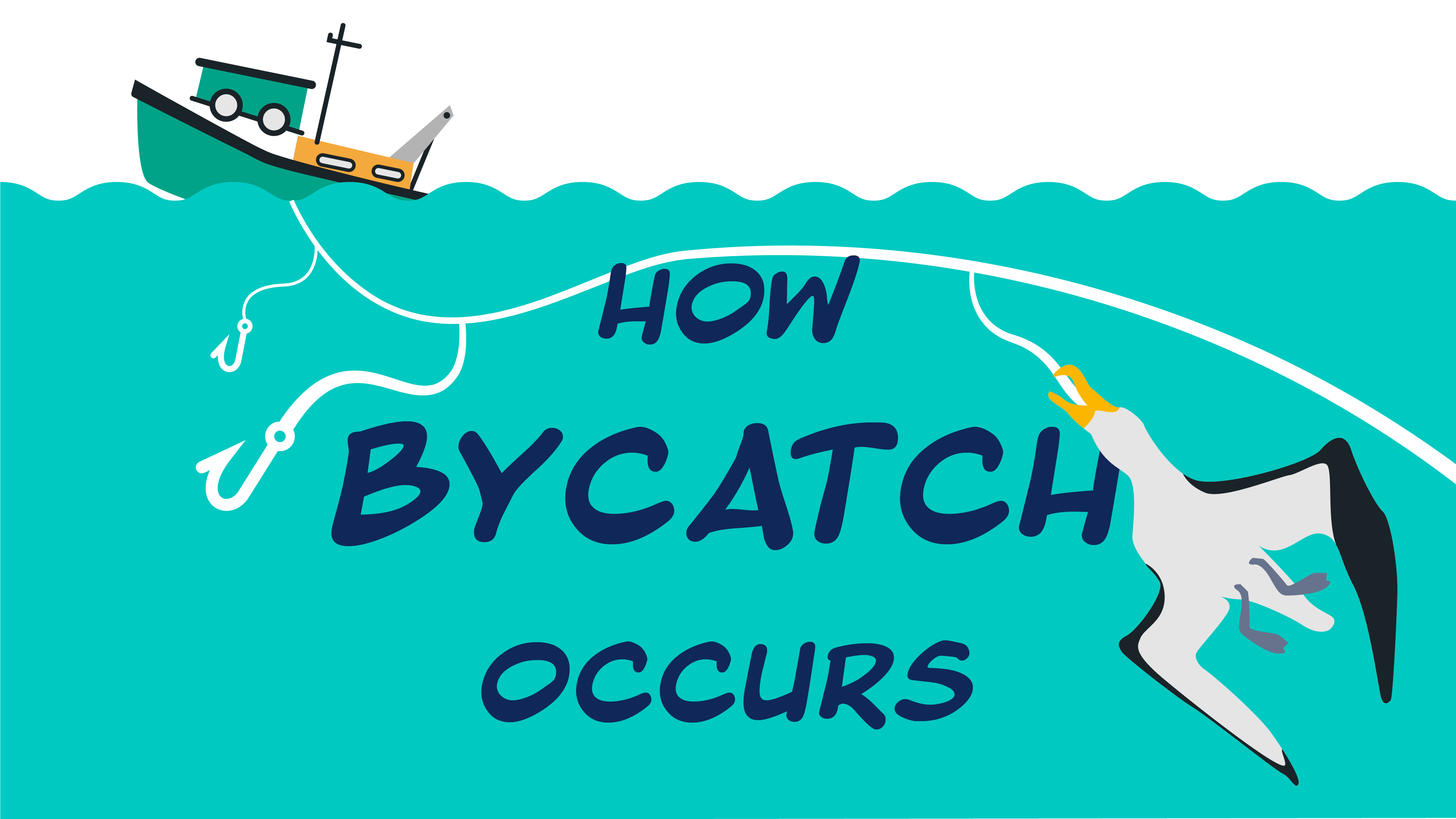 Albatrosses and large petrels are particularly at risk of bycatch when they are attracted to baited hooks in longline fisheries, or to discarded fish

Two more animations addressing seabird bycatch and created as part of the Seabird Sentinels Project were released yesterday to mark World Albatross Day on 19 June.  View the first animation (of four) which was produced to mark last week’s World Oceans Day from here.  Bycatch is when wildlife that is not targeted by fisheries, such as seabirds, are killed by fishing gear.  Albatrosses and large petrels are particularly at risk as scavengers attracted to dead or dying prey near the ocean surface. They feed on longline bait or discards (offal or unwanted catch) and can get caught on hooks or collide with trawler cables.  Their huge feeding ranges create an extra challenge in monitoring and mitigating these risks.

The third animation above shows that bycatch is a serious threat to albatrosses and some petrels.  However, effective mitigation measures exist that can reduce seabird bycatch by >90% in some fisheries, helping to protect many globally threatened species.

A fourth animation due to be released on 16 June will be featured in ACAP Latest News soon.

The four animations by Hannah Whitman have been funded by the United Kingdom's Darwin Plus government grants scheme and created as part of the British Antarctic Survey and BirdLife International's Seabird Sentinels Project.