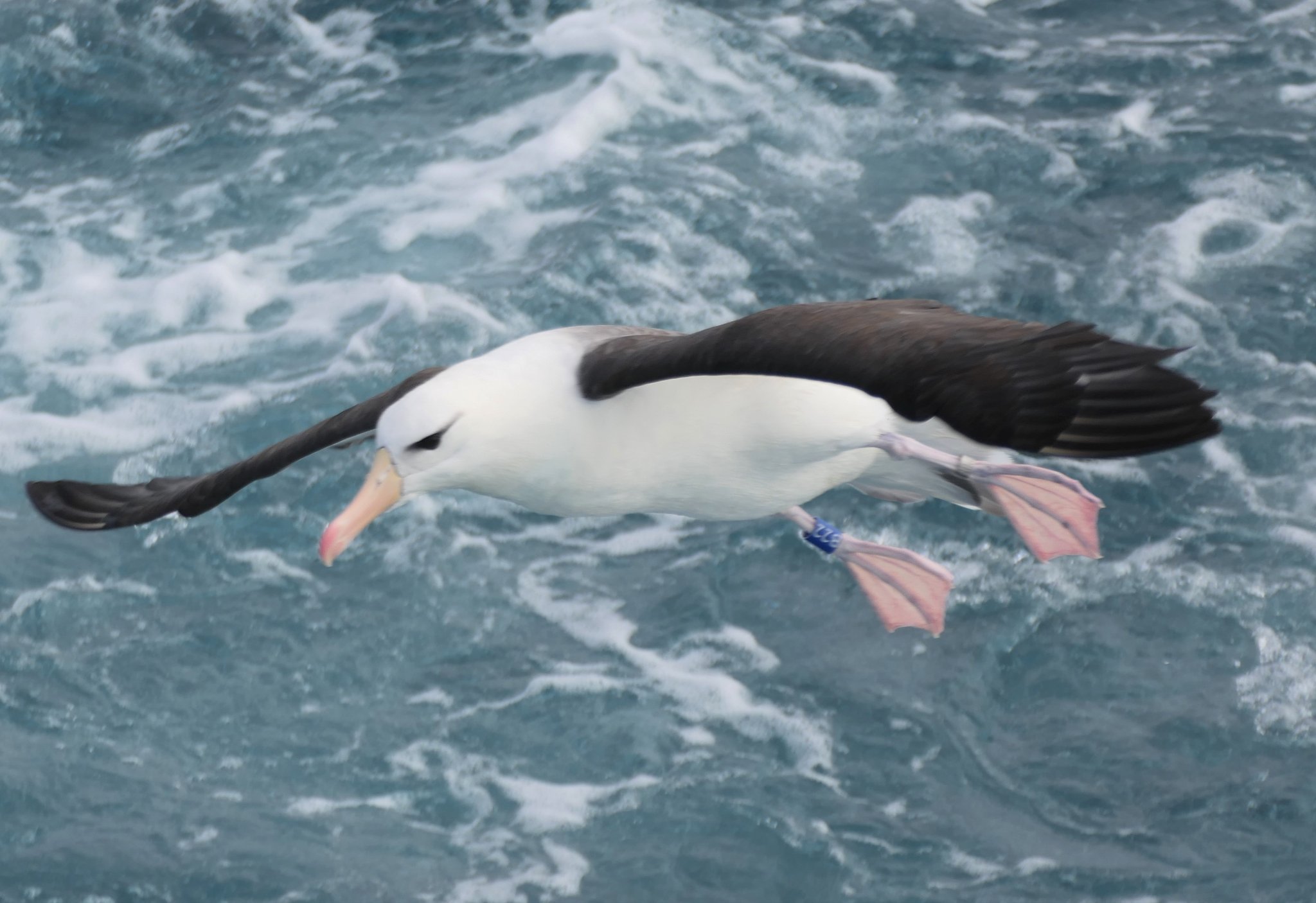 A resighting was made on 24 May 2022 of a banded Black-browed Albatross Thalassarche melanophris (Least Concern) from a demersal trawler fishing for hake Merluccius spp. 60 nautical miles (110 km) off the coast of Lüderitz, Namibia carrying British Trust for Ornithology metal band number 1332218 and plastic alphanumeric band Blue B22 (click here).

The bird was originally banded on 20 January 1999 as a nestling by the British Antarctic Survey on Bird Island, South Georgia (Islas Georgias del Sur)*.  The time elapsed from banding was 23 years, four months and 10 days.  The resighting was made c. 5125 km from the banding locality (although of course the bird most likely flew a much greater distance on its journey across the South Atlantic).

Andy Wood of the British Antarctic Survey has reported to the South African Bird Ringing Unit (SAFRING): “In our study population at Bird Island we have a bird with colour ring blue B22.  It is a female, ringed in 1999, and is a regular breeder on the island including this season when it failed at the chick-rearing stage in late January”.

According to Richard Phillips of the British Antarctic Survey although over 90% of Black-browed Albatrosses from Bird Island spend the non-breeding season in the Benguela Upwelling Region off the west coast of southern Africa, there are few reports from the region of colour-banded birds seen at sea that allow individuals to be identified.  However, at least two colour-banded Black-browed Albatrosses from Bird Island have previously been reported off Namibia (click here). 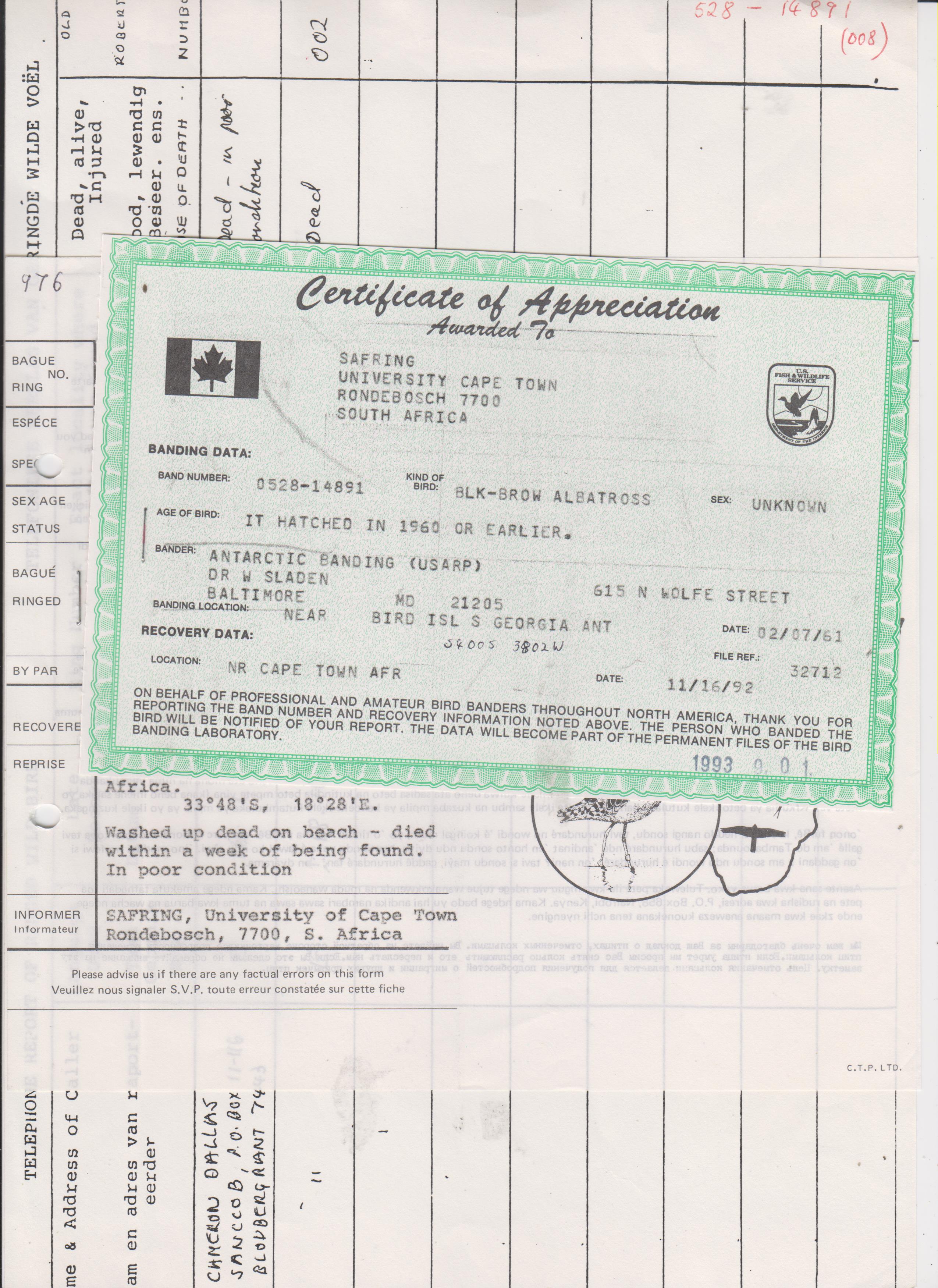 Janine Dunlop of SAFRING has written to ACAP Latest News of a Black-browed Albatross (52814891) banded on Bird Island in 1961 (of unknown age) and recovered 31 years later in 1992 when it washed up on the beach in Tableview, Cape Town, South Africa (click here).  A Grey-headed Albatross T. chrysostoma on Bird Island reached an age of 54 years in 2012– when it was still breeding (click here).

With thanks to Juan Martín Bermúdez, Richard Phillips and Andy Wood of the British Antarctic Survey and Janine Dunlop, SAFRING.