Featuring ACAP-listed species and their photographers: the Southern Giant Petrel by Alexandra Dodds 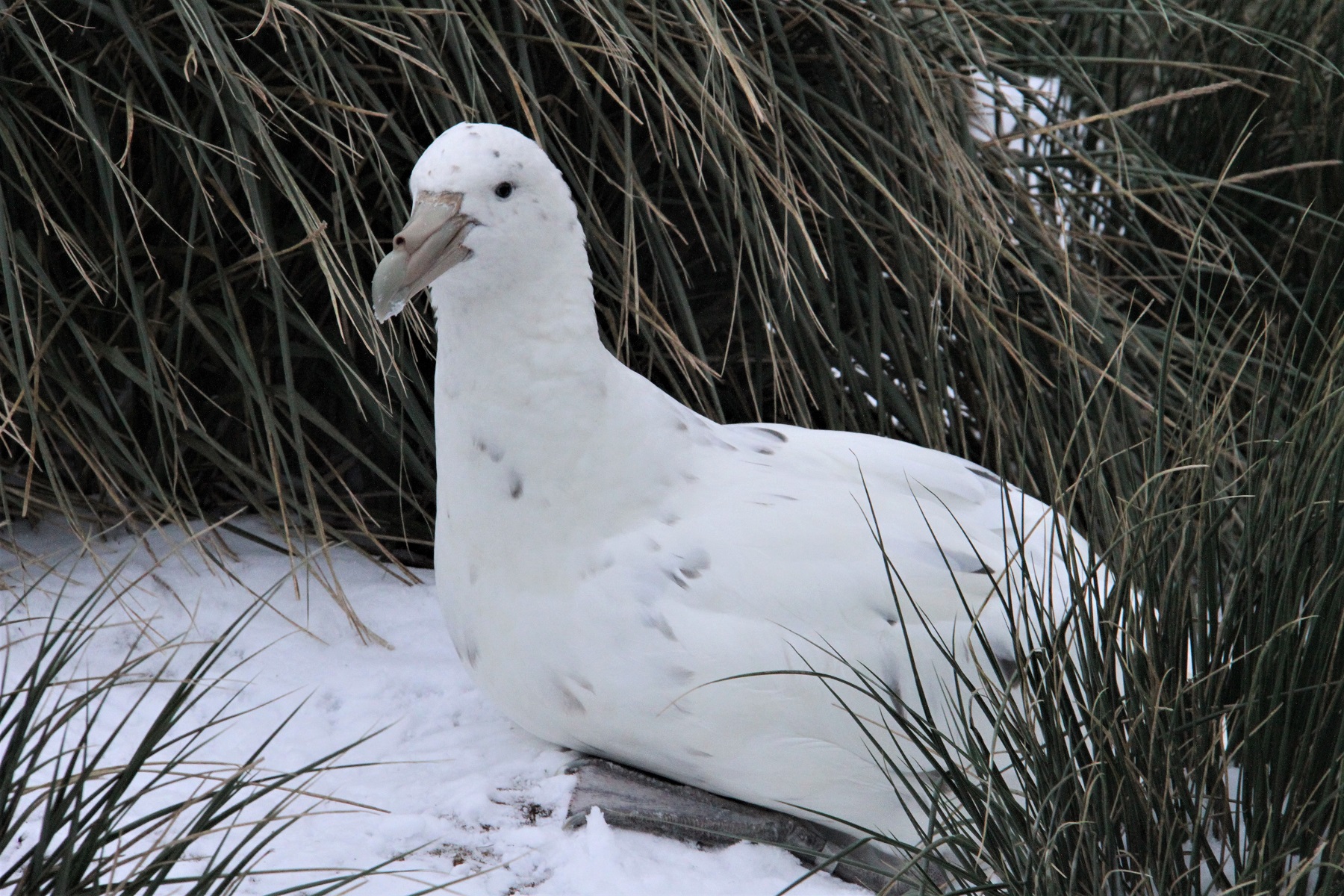 NOTE: This post continues an occasional series that features photographs of the 31 ACAP-listed species, along with information from and about their photographers.  Here Alexandra Dodds writes about the Southern Giant Petrels Macronectes giganteus (Least Concern) she studied and photographed on Bird Island in the South Atlantic, while working with the British Antarctic Survey. 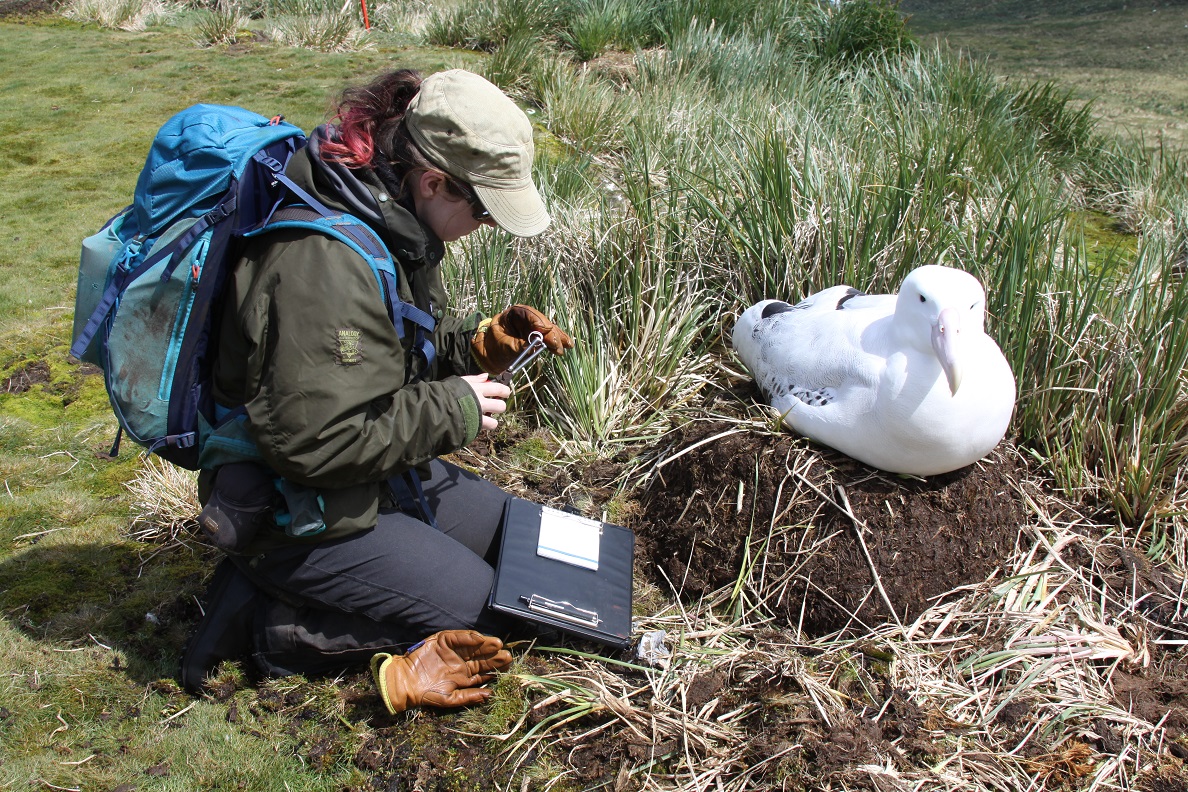 Walking around Bird Island you can’t help but see where the idea for the name came from.  There are birds in the air, on the cliffs, covering the beaches and all over the mossy, muddy surfaces of the island.  I spent eighteen months there undertaking albatross fieldwork for the British Antarctic Survey, and while the Wandering Albatrosses may be the largest birds on the island, they certainly aren’t the only large avian characters.  Almost everywhere on the island, there are nesting giant petrels. 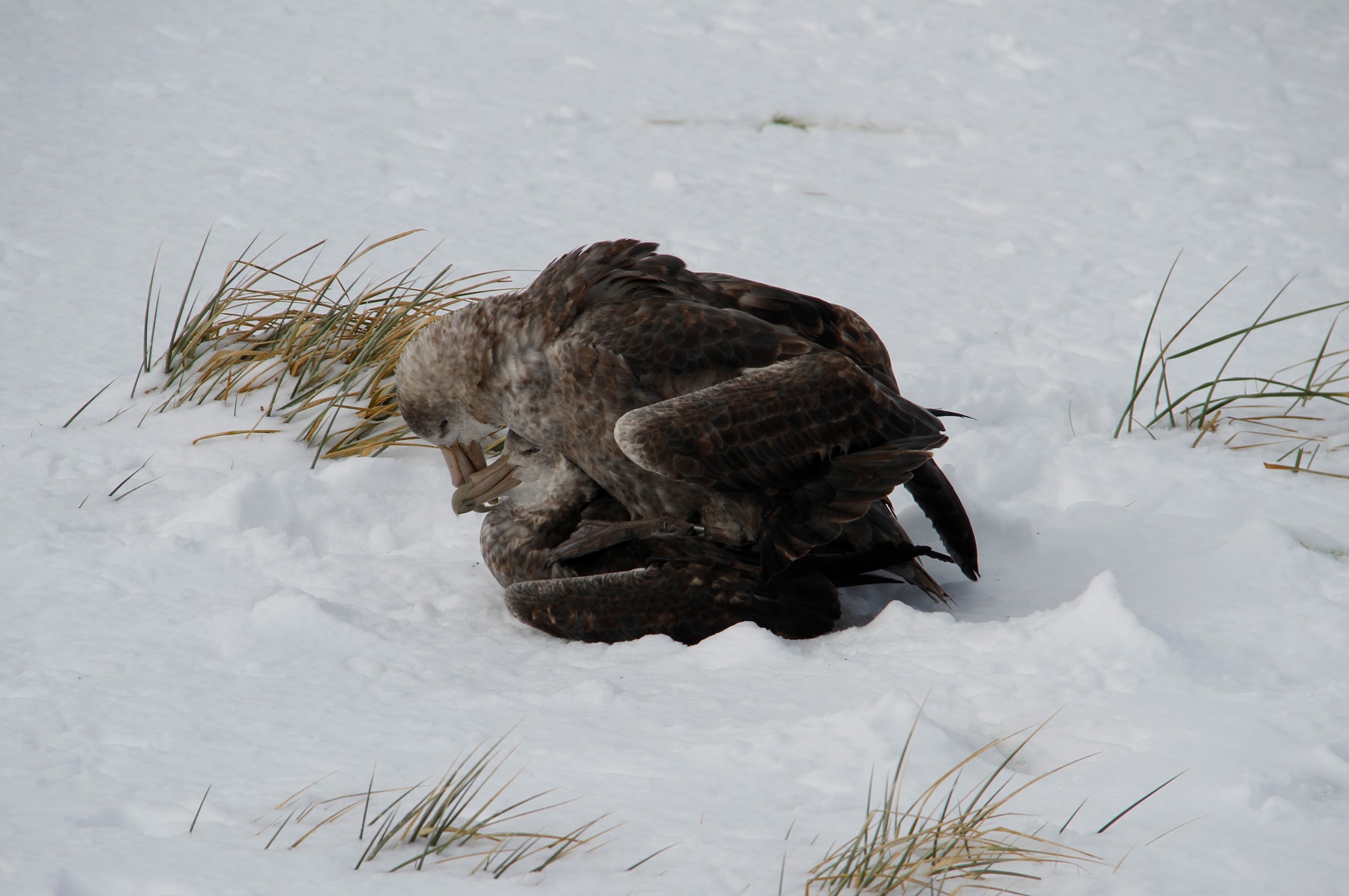 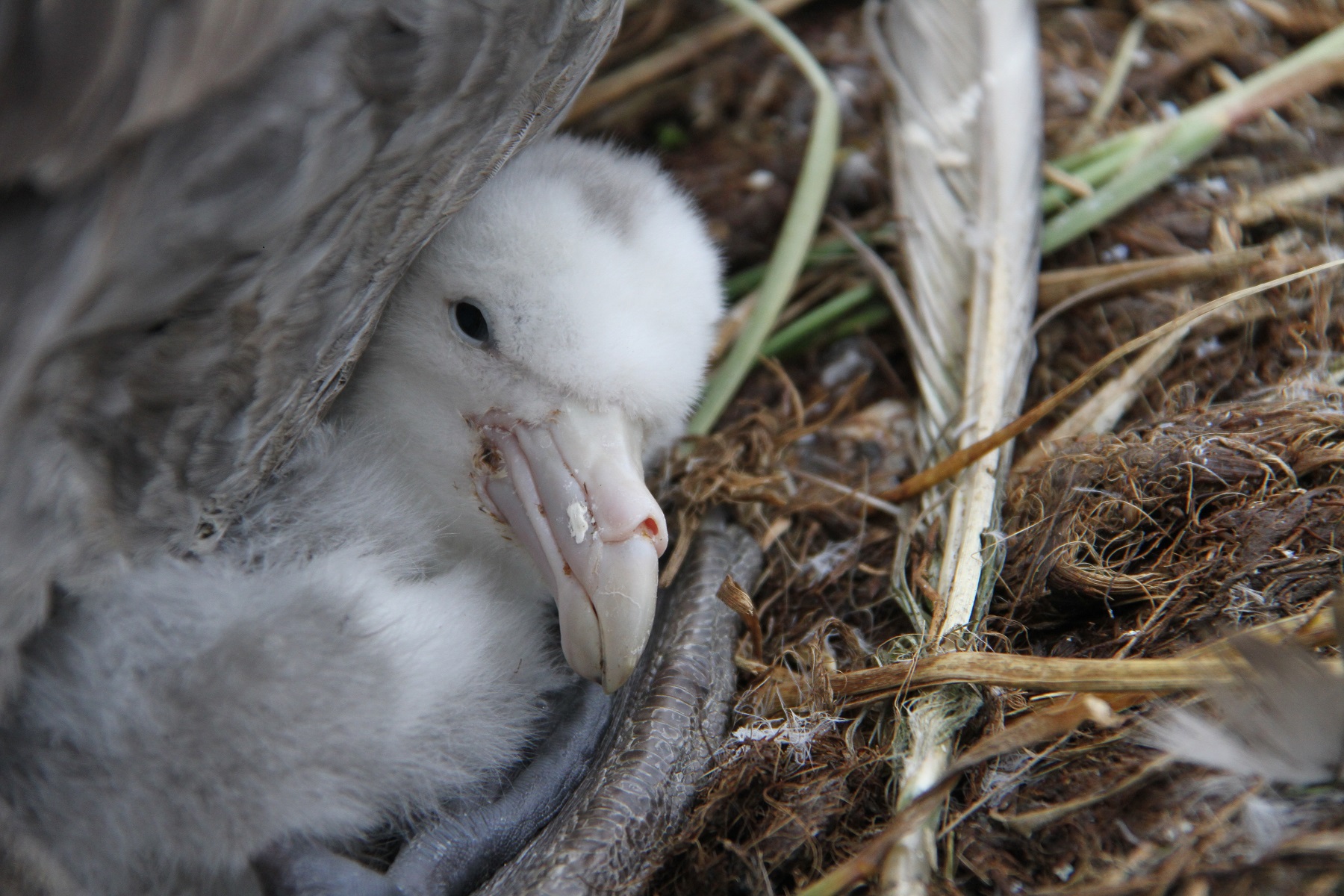 On the nest, Southern Giant Petrels are caring and protective of their chicks.  During my second summer, one pair decided to nest right in the middle of a scree slope path, and they weren’t moving, no matter how many times we had to scramble past them, they were sitting tight and protecting their egg.  However, having seen giant petrels in both predator mode and parental mode, I’m sure that they have some level of multiple personality disorder.  It always amazed me how voracious they can be when fighting their way through the crowd to scavenge on a dead fur seal or dive bomb a mollymawk colony to pinch a chick for dinner, and yet they are the complete opposite when rearing their young. 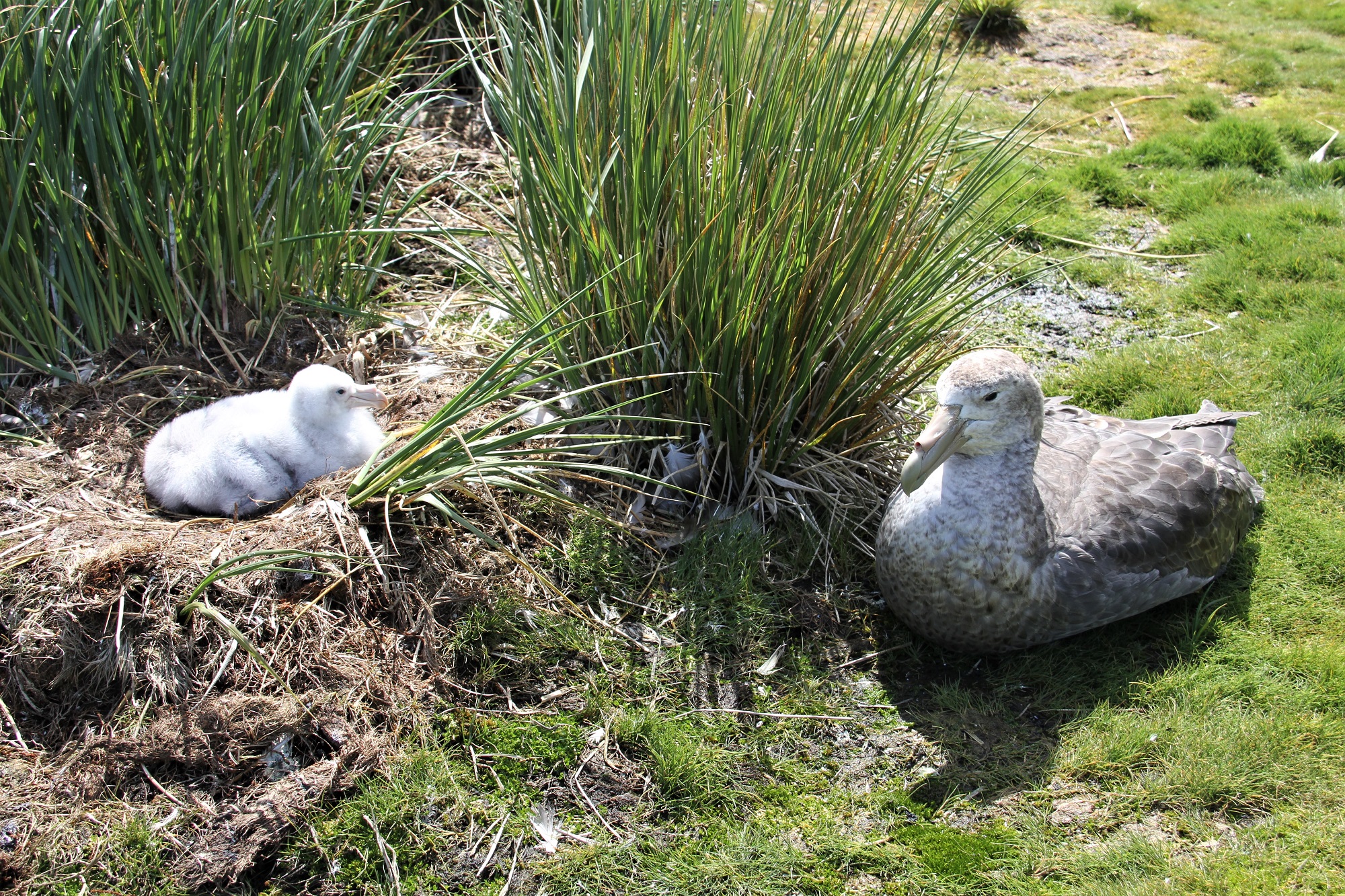 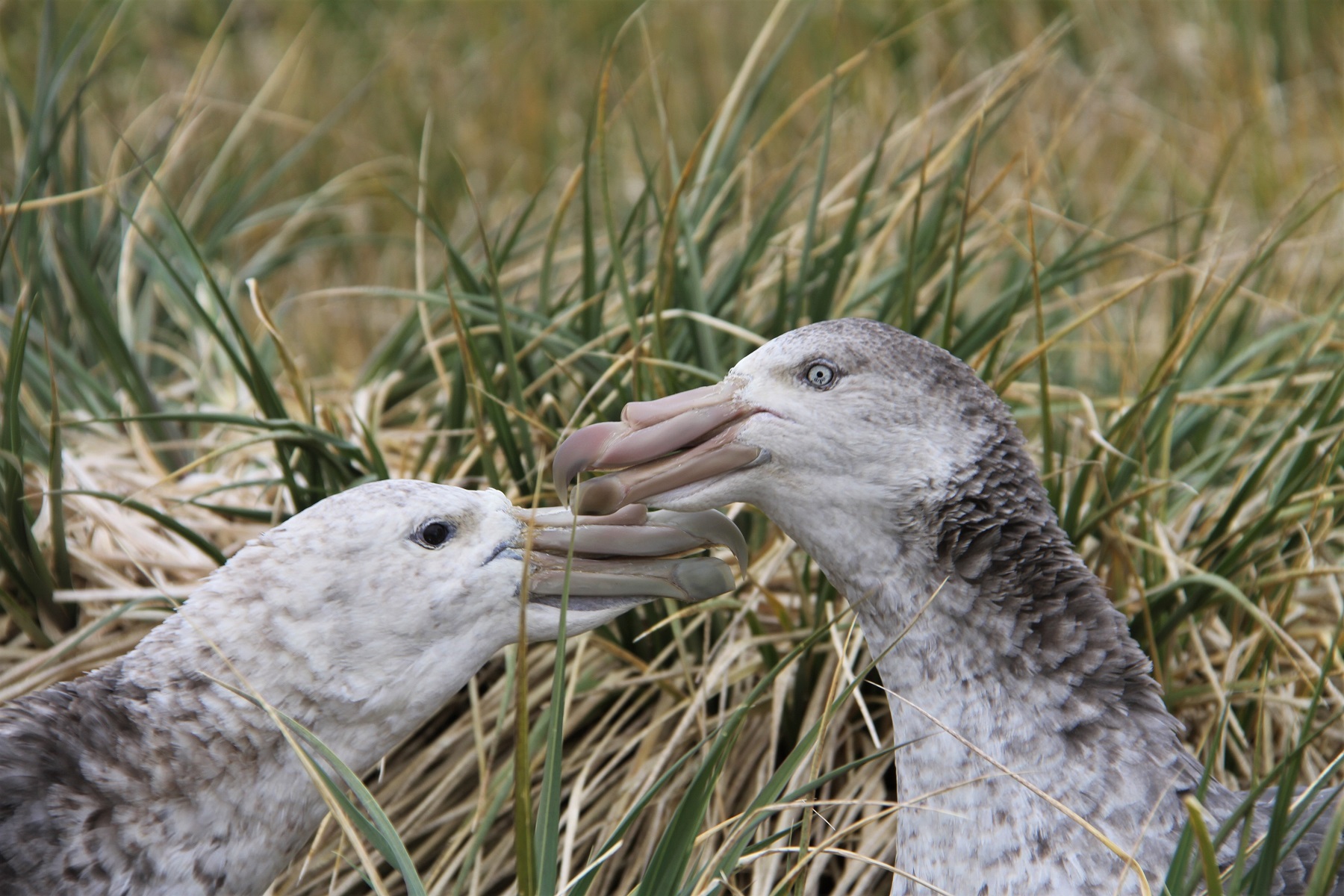 Bird Island is towards the northernmost edge of the Southern Giant Petrels’ range, crossing over with the northern species, leading to some attempts at hybrid breeding.  The other natural phenomenon that the Southern Giant Petrels bring to the island is the ‘spirit geep’ as they are known in South Georgia (geep is a commonly used abbreviation for a giant petrel).  Spirit geeps are the white colour morph birds thar are more common the closer you are to the white continent of Antarctica but aren’t so commonly seen in the waters around Bird Island.

Walking around the island to check on Wanderer chicks, survey a Black-browed Albatross colony or scan cliffs for Light-mantled Albatross nests, I had the daily pleasure of seeing the natural behaviours and life events of Southern Giant Petrels.  I may have gone to Bird Island to work with albatrosses but the ‘geeps’ are also intertwined with the memories of my time there. 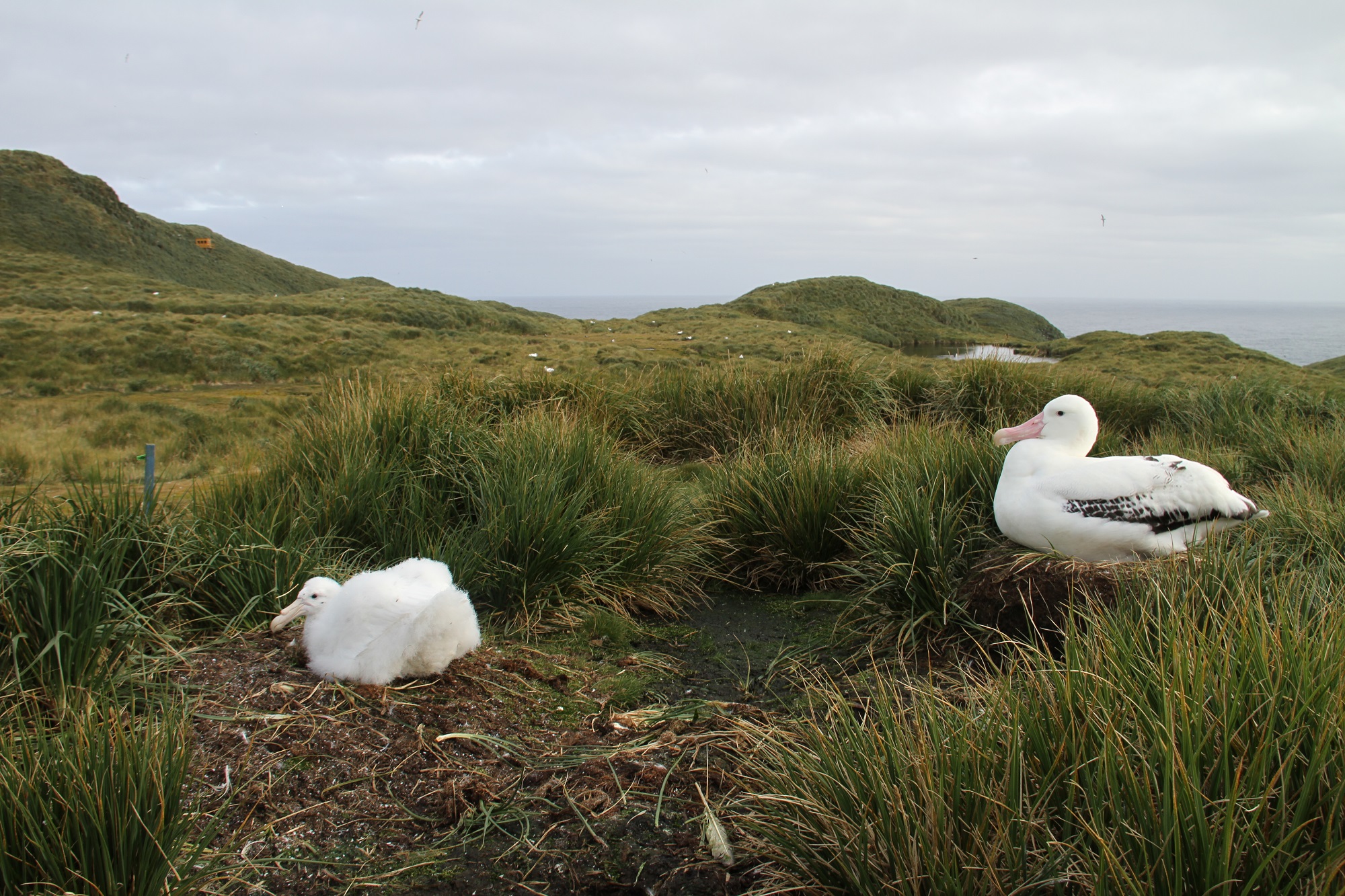