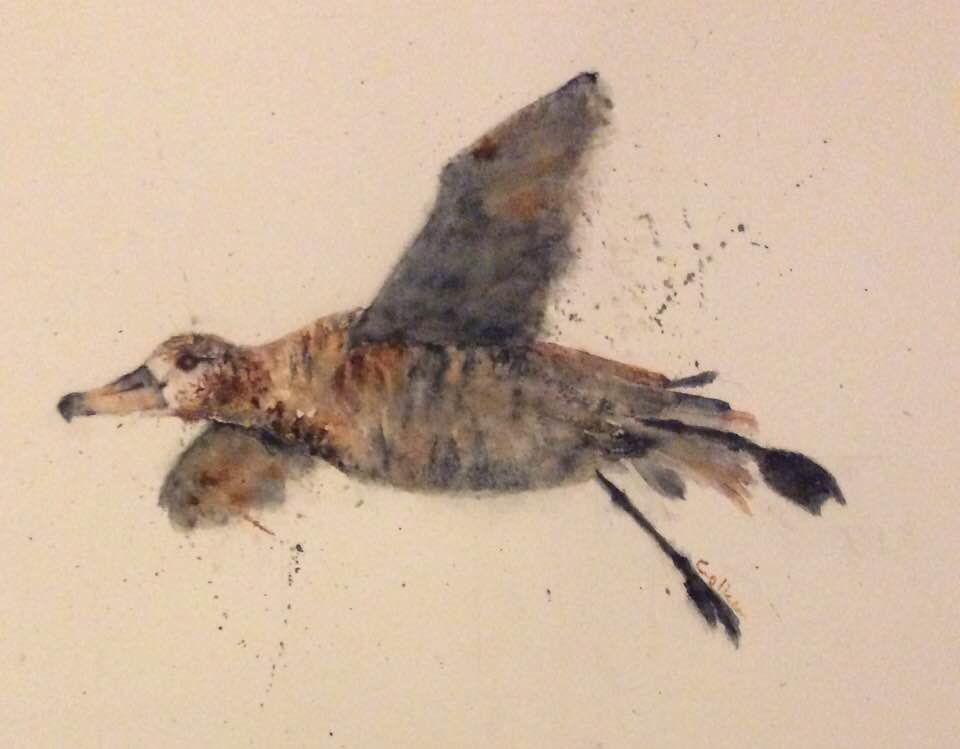 Black-footed Albatross, artwork by Colleen Laird‎ of Artists and Biologists Unite for Nature for ACAP; after a photograph by Vicki Miller

“In particular, tracking studies at the main breeding sites are needed to determine the degree to which birds overlap and interact with fisheries. While tracking has occurred at three breeding sites (French Frigate Shoals, Midway Island, and Kure Atoll), birds from several sites in the Northwestern (Laysan Island) and the main Hawaiian Islands (Necker, Nihoa, and Kaula Islands) have not been tracked.  Workshop participants also stressed the need for continued population monitoring at Midway Island to update the uninterrupted time series of breeding and reproductive success data. They also indicated the importance of resuming breeding population counts at French Frigate Shoals and Laysan Island, two colonies that were historically surveyed by the U.S. Fish and Wildlife Service (USFWS) but are no longer monitored.”