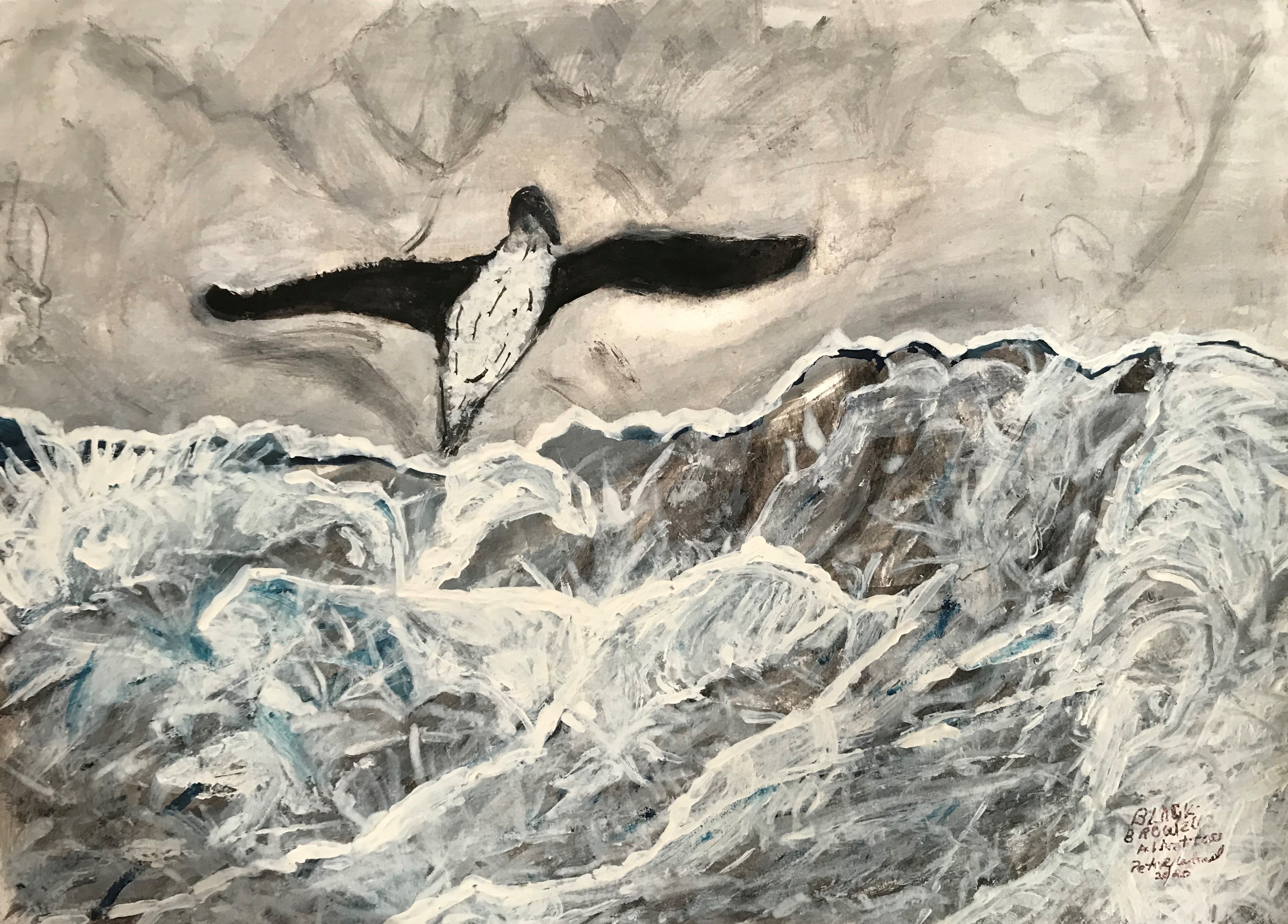 Francesco Ventura (Departamento de Biologia Animal, Universidade de Lisboa, Lisbon, Portugal) and colleagues have published open access in the journal Proceedings of the Royal Society B Biological Sciences on divorce in Black-browed Albatrosses Thalassarche melanophris in relation to environmental fluctuations.  The study concludes “Hence, in light of the dramatic extent of the current climatic changes, the environmentally driven disruptions of the breeding processes of socially monogamous populations might represent an overlooked consequence of global change, with repercussions on demography and population dynamics”.

“In many socially monogamous species, divorce is a strategy used to correct for sub-optimal partnerships and is informed by measures of previous breeding performance. The environment affects the productivity and survival of populations, thus indirectly affecting divorce via changes in demographic rates. However, whether environmental fluctuations directly modulate the prevalence of divorce in a population remains poorly understood. Here, using a longitudinal dataset on the long-lived black-browed albatross (Thalassarche melanophris) as a model organism, we test the hypothesis that environmental variability directly affects divorce. We found that divorce rate varied across years (1% to 8%). Individuals were more likely to divorce after breeding failures. However, regardless of previous breeding performance, the probability of divorce was directly affected by the environment, increasing in years with warm sea surface temperature anomalies (SSTA). Furthermore, our state-space models show that warm SSTA increased the probability of switching mates in females in successful relationships. For the first time, to our knowledge, we document the disruptive effects of challenging environmental conditions on the breeding processes of a monogamous population, potentially mediated by higher reproductive costs, changes in phenology and physiological stress. Environmentally driven divorce may therefore represent an overlooked consequence of global change.”

Read a popular account of the research here and listen to a radio interview about the publication with Graeme Elliot, Principal Science Adviser, Department of Conservation, New Zealand.