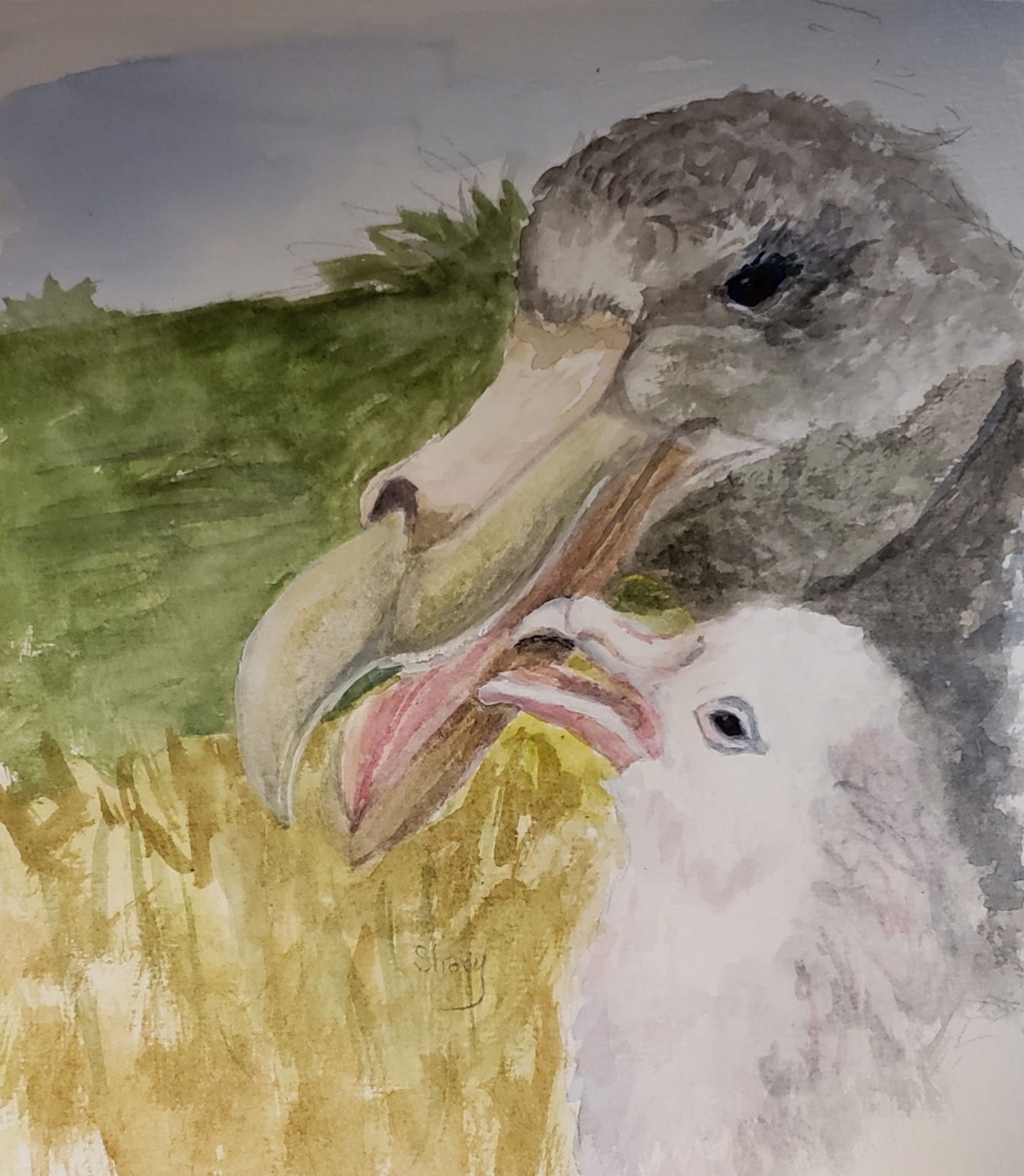 Southern Giant Petrel watercolour by Shary Weckwerth, from a photograph by Michelle Risi

Sun-Hee Kim (Department of Biotechnology, College of Life Sciences and Biotechnology, Korea University, Seoul, Korea) and colleagues have published in the open access online journal Animals on the genome of the Southern Giant Petrel Macronectes giganteus.

“The southern giant petrel Macronectes giganteus, a large seabird of the southern oceans, is one of only two members of the genus Macronectes and is the largest species in the order Procellariiformes [sic].  Although these two families [sic] account for the vast majority of the avian fauna inhabiting the Antarctic and sub-Antarctic regions, studies on the status of some populations and the associated genetic data are currently extremely limited.  In this study, we assembled the genome of M. giganteus by integrating Pacific Biosciences single-molecule real-time sequencing and the Chromium system developed by 10x Genomics.  The final M. giganteus genome assembly was 1.248 Gb in size with a scaffold N50 length of 27.4 Mb and a longest scaffold length of 120.4 Mb.  The M. giganteus genome contains 14,993 predicted protein-coding genes and has 11.06% repeat sequences.  Estimated historical effective population size analysis indicated that the southern giant petrel underwent a severe reduction in effective population size during a period coinciding with the early Pleistocene.  The availability of this newly sequenced genome will facilitate more effective genetic monitoring of threatened species.  Furthermore, the genome will provide a valuable resource for gene functional studies and further comparative genomic studies on the life history and ecological traits of specific avian species.”