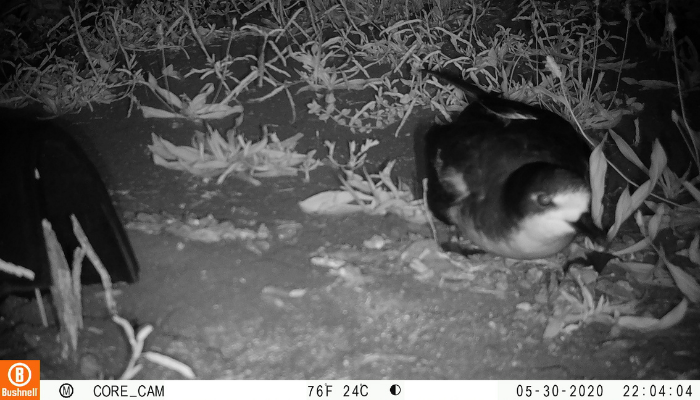 The first translocated Hawaiian Petrel returns to Nihoku in May 2020, trail camera photograph by the Nihokū Ecosystem Restoration Project

ACAP Latest News has regularly reported on the efforts to establish a breeding colony of Endangered Hawaiian Petrels Pterodroma sandwichensis and Critically Endangered Newell’s Shearwaters Puffinus newellii at a lowland site protected by a predator-proof fence within the Kilauea Point National Wildlife Refuge on the Hawaiian island of Kauai.  Last year the first five Hawaiian Petrels that had been hand reared at Nihoku after translocation from the island’s mountainous interior were seen back prospecting at the site.  Now this year breeding has been confirmed for a single pair from the 2017 cohort that were first seen back at Nihoku in 2020. This season they laid an egg in June.  In addition, the first translocated Newell’s Shearwater has been back at the site this year 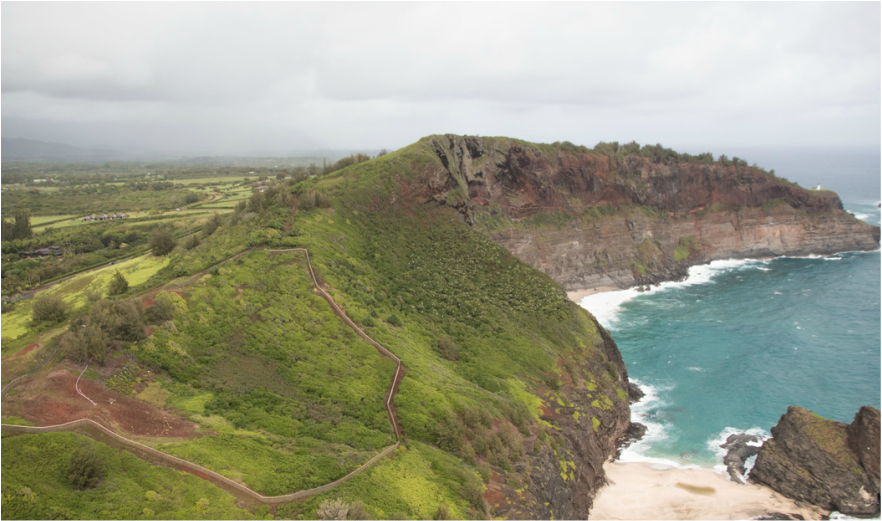 The fenced Nihoku restoration site from the air, photograph from the Nihokū Ecosystem Restoration Project

“After years at sea, the first ʻuaʻu, Hawaiian petrel, pair nests at Nihokū at Kīlauea Point National Wildlife Refuge. These birds are the first of 110 translocated ʻuaʻu chicks to return and nest at the fence-protected area of Nihokū.  In 2020, trail camera footage and biologists confirmed that five ʻuaʻu were returning to the site while prospecting the area for nesting, an early sign that the young birds that fledged from Nihokū successfully imprinted on the site and would likely soon return to breed.  In addition to the returning ʻuaʻu pair now breeding at Nihokū, the first prospecting ʻaʻo, Newell’s shearwater, was recently observed on trail cameras at the site, confirming that both species have successfully imprinted on the translocation site. The project is part of a larger, island-wide effort to restore populations of ʻuaʻu and ʻaʻo, both threatened and culturally important species.

“We are beyond thrilled to have confirmed breeding of the first Hawaiian petrel pair in a predator-free location, after six years of translocations.  This marks a major milestone towards the recovery of this imperiled species, and we hope that it is the first of many such announcements,” - Dr. Lindsay Young, Executive Director - Pacific Rim Conservation.