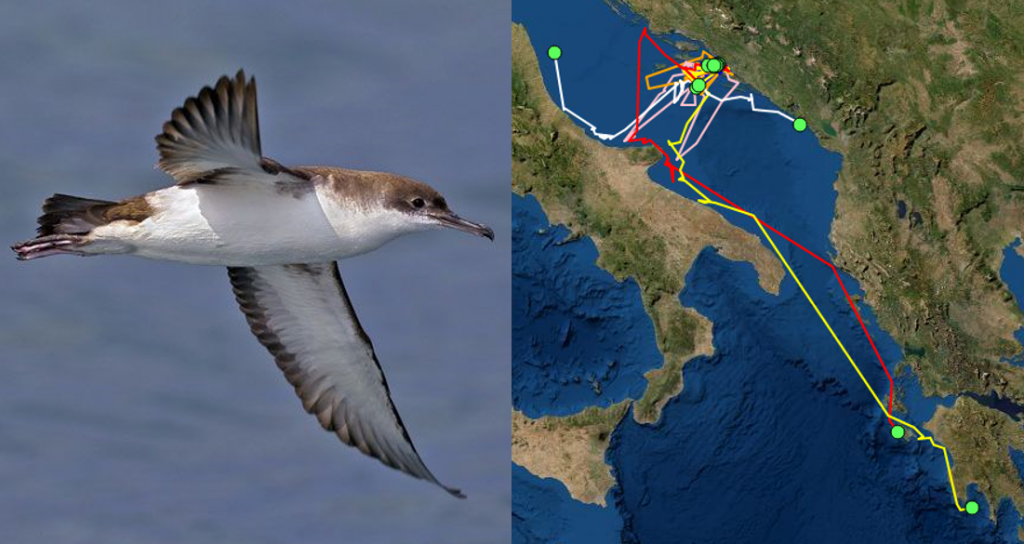 Tracking the Yelkouan Shearwater from Croatia

Seabirds in the Mediterranean are increasingly threatened by climate change, depletion of sea food resources, and other human related impacts (by-catch capture, artificial light pollution, habitat destruction).  A pilot study aims to understand the migratory movements of a species endemic to the Mediterranean and the Black Sea, the globally Vulnerable Yelkouan Shearwater Puffinus yelkouan - a species that has been identified as a candidate for ACAP listing.  Previous work has indicated that some of the birds remain in the Mediterranean Basin while others travel to the Black Sea.  GPS-GSM transmitters were deployed on 15 Yelkouan Shearwaters (11 adults and four juveniles) on 29 June, just before they leave their colony from Zaklopatica in the Lastovo Archipelago, Croatia by Sven Kapelj and his team from Udruga BIOM.  These transmitters allow detailed live tracking without the need for recapture and fall naturally from the birds after a few weeks of tracking (click here).

Follow the blog of the study and also live tracking of the birds’ at-sea movements.

An edited example for 14 July follows:

“A7 has now arrived in the Black Sea, after having crossed the Dardanelles, the Marmara Sea and now the Bosphorus in the last 24 hours hardly without stopping.  Its trajectory so far appears optimal: it took exactly one week to fly over 2000 km since leaving its nesting site in Croatian waters!  This is quite a feat, compared to two other shearwaters (A2, A5) which have paused (or ended their journey?) in the Aegean Sea, in the vicinity of known Greek colonies.”

With thanks to Loriane Mendez, The Mediterranean Science Commission, Monaco.