Does my chick smell right? Unconditional adoption of chicks by Scopoli's Shearwaters 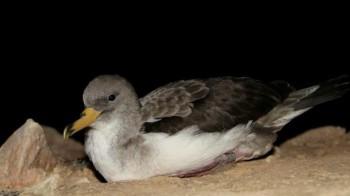 “Parent–offspring recognition (POR) is fundamental in colonial birds when the potential intermingling of chicks is higher due to the large number and proximity of nests. In species with isolated nests, where chick presence in the nest is strong contextual evidence of kinship, there might be circumstances when the parent might doubt the identity of the chick, but not enough to reject it. Olfactory-based recognition of conspecifics and nest sites in birds has gained strong evidence suggesting a potential role of olfaction in POR. Despite that, there are no studies testing it. We used Scopoli's shearwater (Calonectris diomedea) as model colonial single-brooded species with a developed olfactory sense, usually breeding in well-spaced nests with low probability of chicks mixing. We tested the parent's ability to selectively respond to their own chick as opposed to a simpler rule of feeding any chick found in the nest by means of chick-fostering experiments. We designed two cross-fostering experiments using chicks of different ages to test whether the ability of parents to recognize a related chick develops over time, possibly after acquiring an own distinctive odour. Finally, we also manipulated nests’ odour to disentangle the confounding effect of nest site recognition from POR when parents return at night. All experimental chicks were adopted by parents as the weight and bill growth of cross-fostered chicks did not differ significantly from the control group. We recorded a small difference in weight when foster chicks were inside an odour-manipulated nest; although we did not record weight loss in experimental chicks, only a steeper increase in weight was observed in control chicks. In conclusion, adoption in Scopoli's shearwater seems to follow the rule "if the young is in my nest, accept it" proposed by Beecher (1991) for species with spatially separated nests and low chick mobility.”