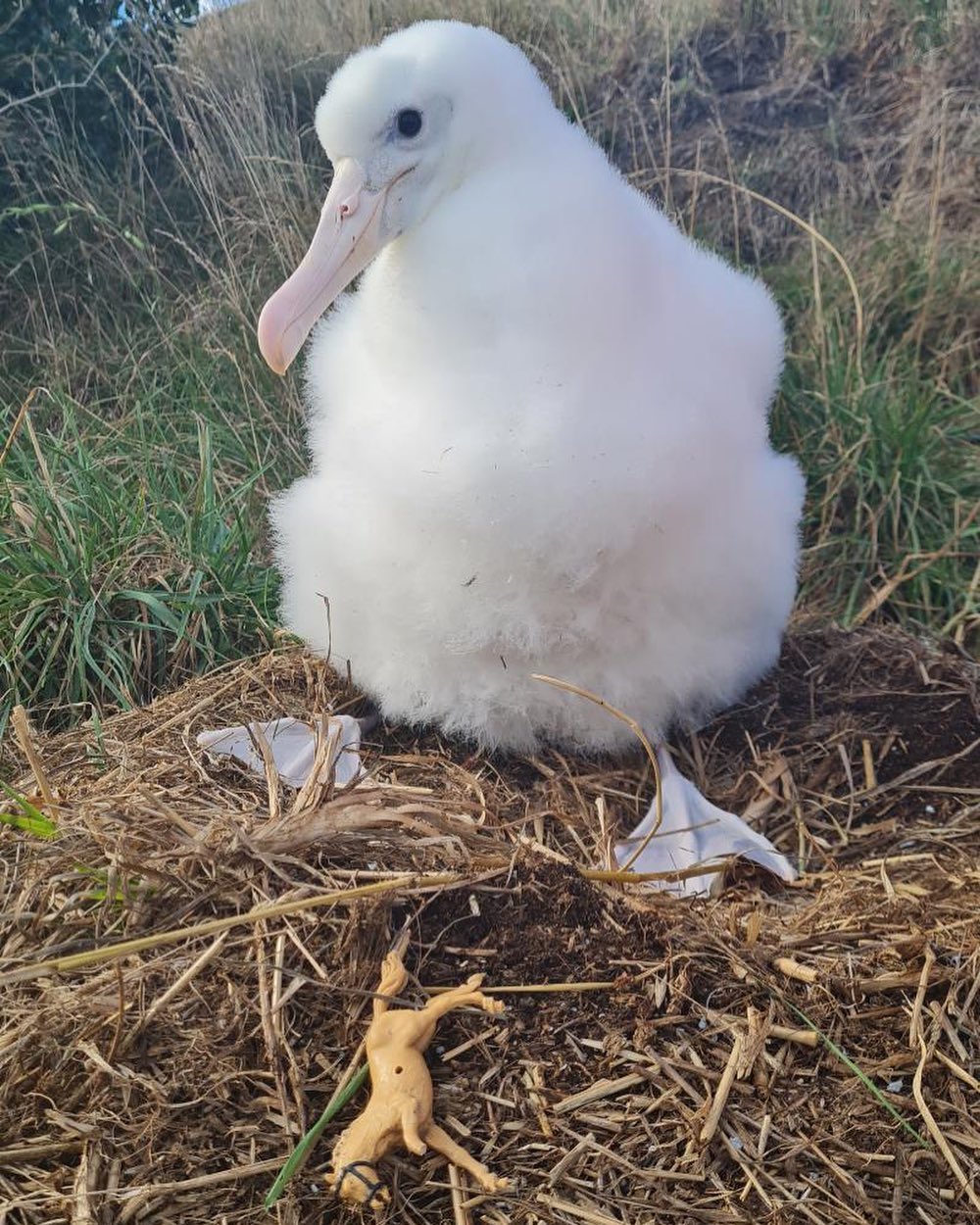 A fortunate chick this time: the plastic pony lies on the nest’s edge, photograph by Theo Thompson

That albatrosses mistake floating plastic debris for food items, swallow them and later regurgitate them to their chicks must now be well known.  Probably the most reported cases are from Laysan Albatrosses Phoebastria immutabilis (globally Near Threatened) of the North Pacific which feed their chicks everything from cigarette lighters, toothbrushes, bottle tops, toy soldiers and action figures, as well as miscellaneous plastic fragments, as illustrated by a number of artworks and displays made from plastic objects collected from around nests or from within the decaying corpses of chicks (click here).  This problem has been brought to a wider audience by Chris Jordan in his evocative documentary Albatross filmed on Midway Atoll.  It seems Southern Hemisphere albatrosses are less affected by ingesting plastic, although they are certainly not immune as has been regularly reported in ACAP Latest News over the last decade.

The latest example of ingested plastic comes from the intensively managed mainland colony of Northern Royal Albatrosses Diomedea sanfordi (globally Endangered and nationally Naturally Uncommon) at Pukekura/Taiaroa Head on New Zealand’s South Island.  Biodiversity Ranger Sharyn Broni reports on the Royal Albatross Centre Facebook page.  “This 9 cm long plastic pony was found at one chick’s nest on Tuesday during morning rounds.  We believe a parent regurgitated this for a chick, it may have been in fish that it caught. Fortunately, the chick did not take it.”  Previous plastic items found associated with Taiaroa’s albatrosses have included bottle caps, squid lures, fishing floats, a container tab and the handle of an infant formula scoop.