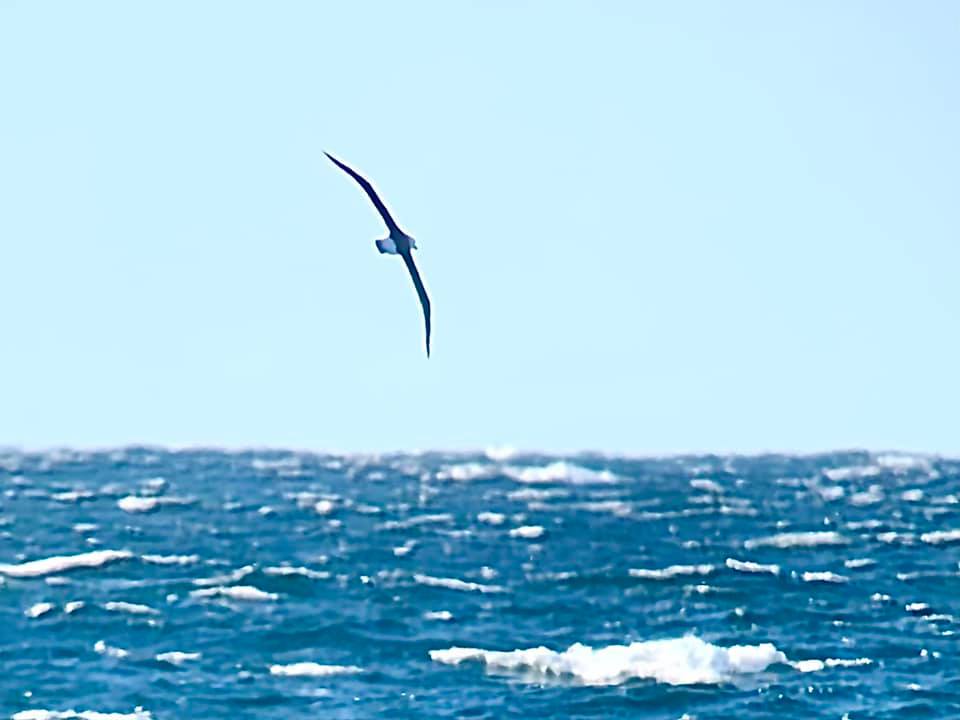 Photograph of the vagrant Black-browed Albatross by cell phone through a 30-70x telescope, from Per-Magnus Åhrén

An adult-plumaged Black-browed Albatross Thalassarche melanophris (Least Concern) was photographed at a distance flying at sea in the narrow sound of Öresund between Copenhagen, Denmark and Malmö, Sweden on 25 April 2021.  The bird was also seen the next day in the same area with no winds when it was attacked by nine White-tailed Sea Eagles Haliaeetus albicilla. It was not seen after that despite concerted searches by many birders on both sides of the sound.

Reportings of Black-browed Albatrosses (possibly of the same individual) have been made in the North Sea and surrounding waters over the last four to five years.