Getting the hang of it: Amsterdam and Wandering Albatrosses develop adult foraging capacities within two months of fledging 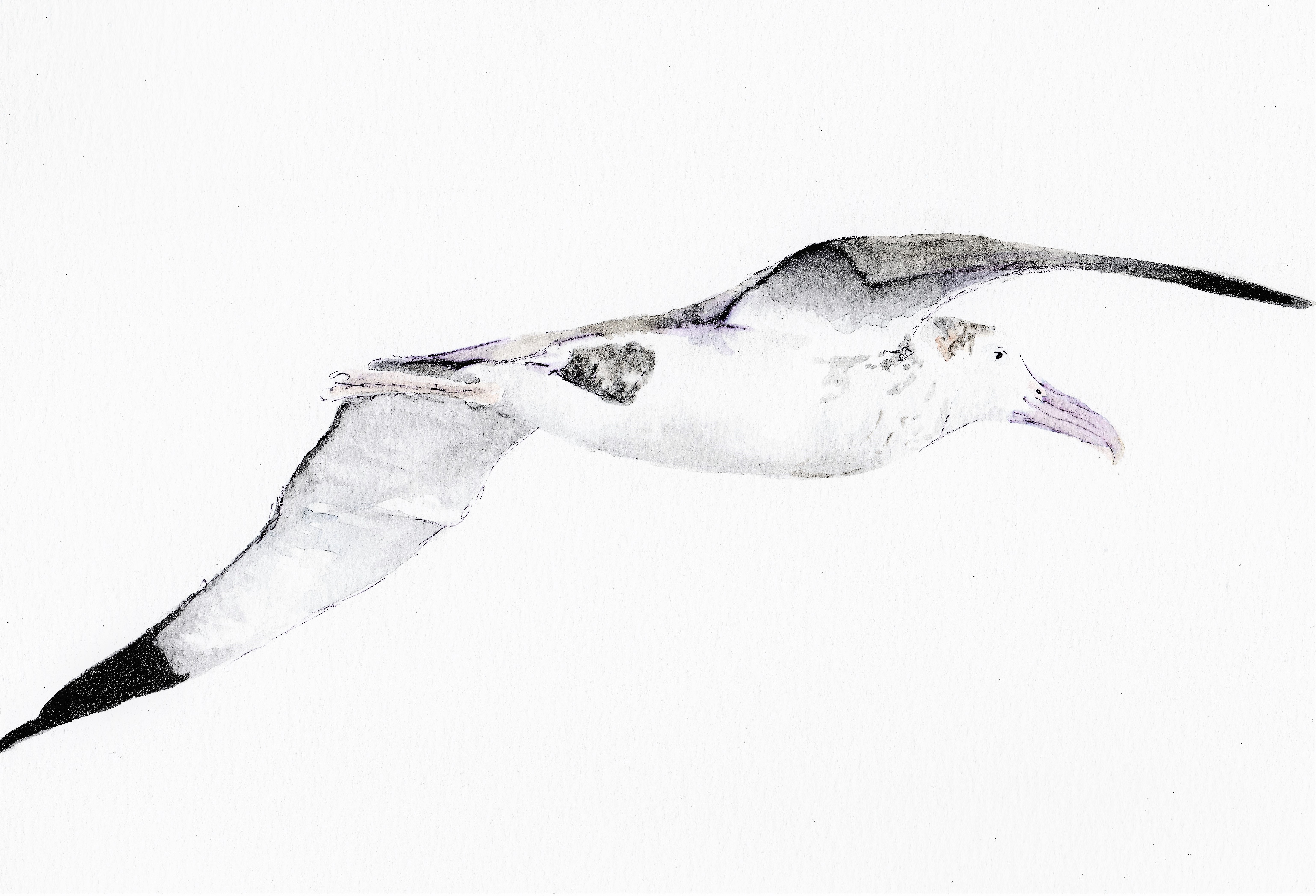 “The first year of life is a period of high mortality in animals. Reduced foraging capacities of naive individuals might be the primary cause of their mortality. These capacities are supposed to be progressively acquired during the first months of life. In this study, we investigate the ontogeny of flight capacities, by day and night, of first‐year individuals, and compare it with adults from two closely related species of great albatrosses: Amsterdam Diomedea amsterdamensis and wandering Diomedea exulans albatrosses which forage in different environmental conditions. We used 71 tracks of 71 juvenile birds and 141 of 116 incubating adults to compare both age categories. In order to explore the effect of moon light on night activity, we elaborated a new formula which improves the precision of the proxy of moon illumination. By day, we found that juveniles of both species reach some adult foraging capacities in less than two months. By night, albatrosses have reduced activity increasing during the first weeks at sea for juveniles and changing in accordance with moon illumination for both juveniles and adults. A peak of flight activity at dawn and dusk was apparent for both species. Interspecific comparison underlined that Amsterdam albatrosses were more active than wandering albatrosses, suggesting a difference in food and foraging strategy. Overall, we highlighted how life history traits, environmental conditions and time of the day affect the foraging activity of two related species of seabirds.”