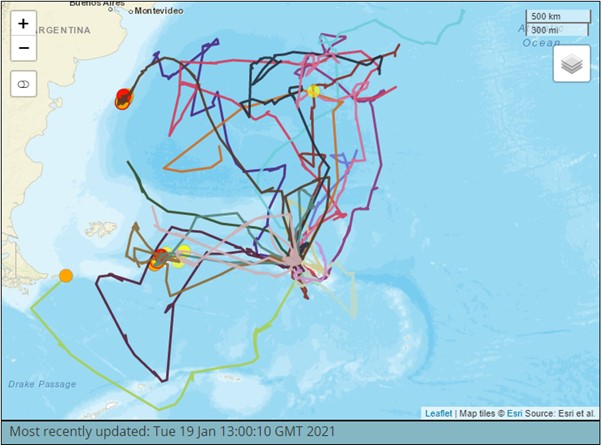 At-sea tracks of Wandering Albatross fledglings and adults on sabbatical from Bird Island.  Proximity of a bird to a vessel indicated by radar is shown by coloured dots

The Seabird Sentinels project, which aims to assess bycatch risk of globally Vulnerable Wandering Albatrosses Diomedea exulans from South Georgia (Islas Georgias del Sur)* using bird-borne radar, is up and running for its second season.  Twenty satellite-linked GPS-radar tags produced by Sextant Technology (New Zealand) were deployed on Wandering Albatross chicks at Bird Island in mid-December last year.  The juveniles have now fledged but all are currently staying within the south-west Atlantic.  Another 15 tags have been deployed on adults on sabbatical, i.e. birds that have bred previously but are not breeding in the current season. 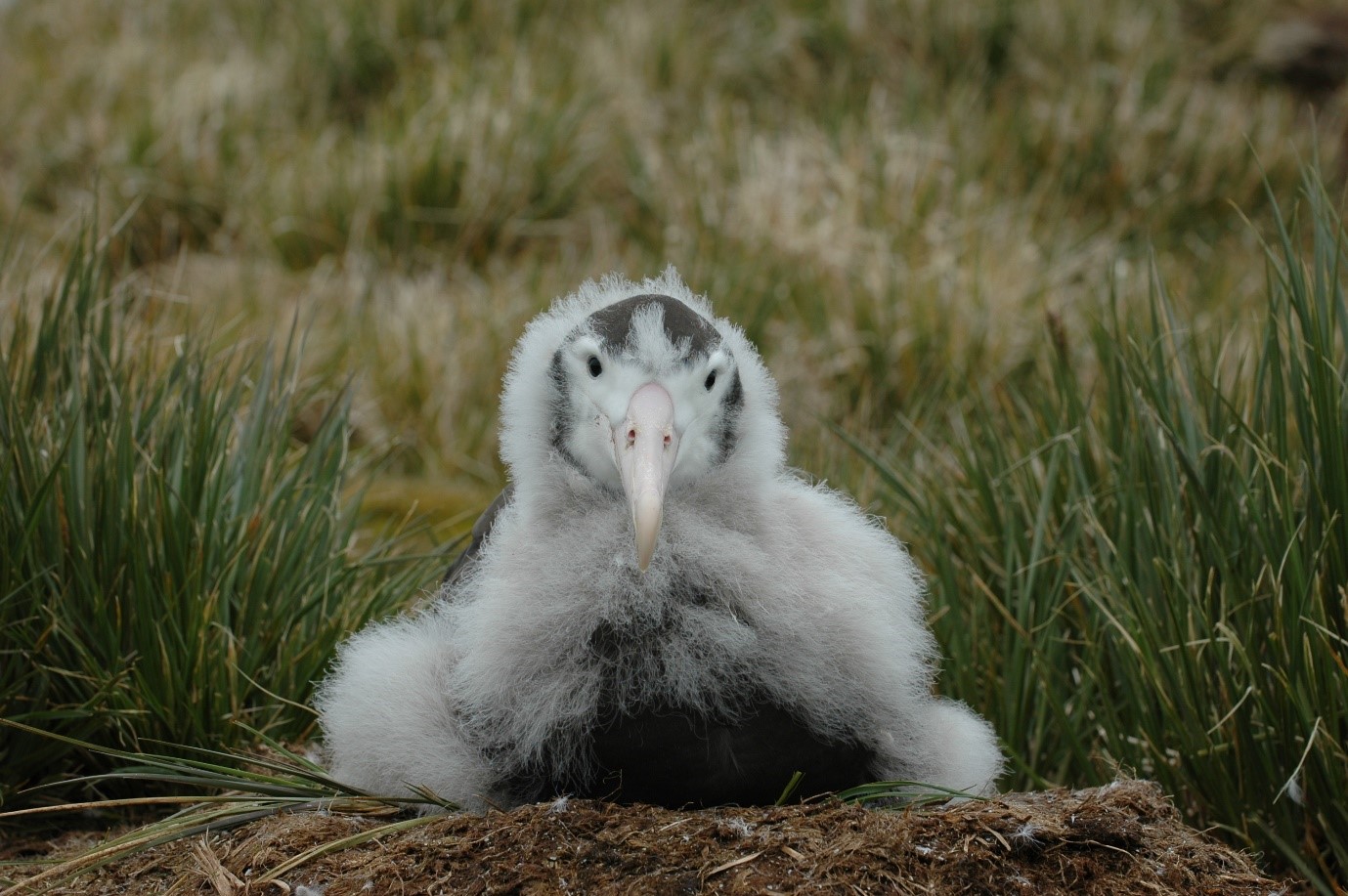 “The overall objective of this project is to link habitat preference, at-sea activity patterns and detections from novel bird-borne radars to quantify interactions of tracked wandering albatrosses with legal and IUU [Illegal, Unreported, and Unregulated] and fishing vessels.  This will greatly improve previous coarse-scale analyses of overlap with fishing effort to clearly identify areas and periods of highest susceptibility to bycatch for different life-history classes (age, sex, breeding status).  This is an innovative project and has the potential to be a “game-changer” given the capacity for identifying IUU vessels from bird-borne radar, and the potential future extension of the approach to other species” (click here).