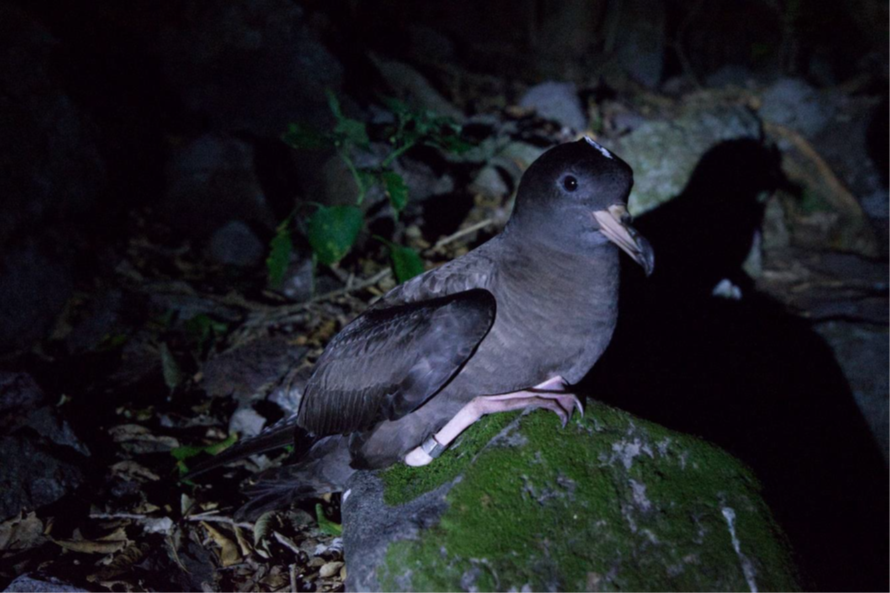 A banded Flesh-footed Shearwater at night on Ohinau Island, photograph by Kaila Ritchie

“This report covers the findings from the second of three years’ flesh-footed shearwater (Puffinus carneipes) research under Conservation Services Programme project POP2018-04. Here we report on the ongoing population monitoring of flesh-footed shearwaters on Ohinau and Lady Alice Islands and the results of GPS tracking of breeding birds from both islands.

There was considerable overlap of foraging areas between Ohinau and Lady Alice birds indicating that birds from different populations mix at sea during the breeding season.  All birds from Ohinau Island foraged either down the East Coast of the North Island or out towards the Louisville Ridge. During incubation, nearly half of Lady Alice birds foraged in the same locations while the remaining birds foraged inshore off the West Coast of the North Island or offshore in the Tasman Sea. During chick-rearing, areas closer to each of the colonies had greater importance but birds still utilised some of the more distant foraging locations identified during incubation in order to maintain their own body weight and condition.”

The Flesh-footed Shearwater has been identified as a potential candidate for ACAP listing (click here).