Identifying a winter “nursery” for Great Shearwaters in the northern hemisphere 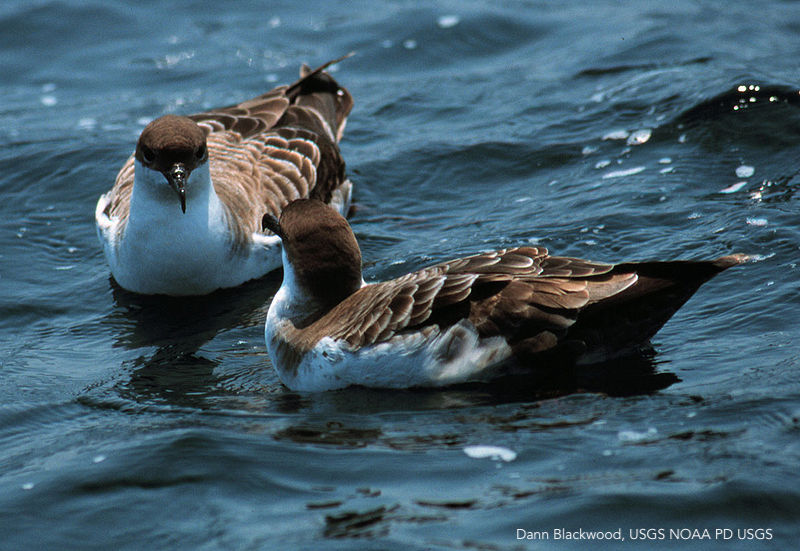 “Movements of Great Shearwaters Ardenna gravis wintering in the Northwest Atlantic showed age-based spatial and temporal flexibility, with foraging tactics linked to a defined physical preference of their primary prey. From 2013 to 2018, we tracked 58 Great Shearwaters during their wintering season using platform terminal transmitters deployed in the same area of the southwest Gulf of Maine. Utilization distributions (UDs) for individual birds were created from convex hulls, which were then combined for spatial and temporal analyses. Of the 95% kernel UDs, 55% were contained within the Gulf of Maine and the remainder extended to the Scotian Shelf off Nova Scotia and the Grand Banks off Newfoundland. Analysis of fecal DNA from tagged birds and others captured with them indicated that Northern sand lance Ammodytes dubius were the primary prey while in the Gulf of Maine. This relationship was supported by the overlap of UDs and sand lance habitat. The spatial occurrence of sand lance from bottomfish trawl survey data demonstrated that these fish preferred shallow water (< 100 m deep) with substrates consisting of high sand content (> 50%) and grain sizes ranging from 0.35-2.00 mm in diameter. These same properties were associated and spatially aligned with the collective 25% kernel UD of Great Shearwaters. Necropsy of bycaught Great Shearwaters from an area that overlapped in space and time with tagged individuals and sand lance habitat demonstrated that most birds (89%) were young (0-2 years), based on gonadal development, molt score, and/or bursa of Fabricius. Coupling demographic information from necropsies with spatial habits and movement timing of tagged birds suggests this region serves as a winter “nursery” for Great Shearwaters.”

Access a related paper on Great Shearwaters at sea by Kevin Powers here.