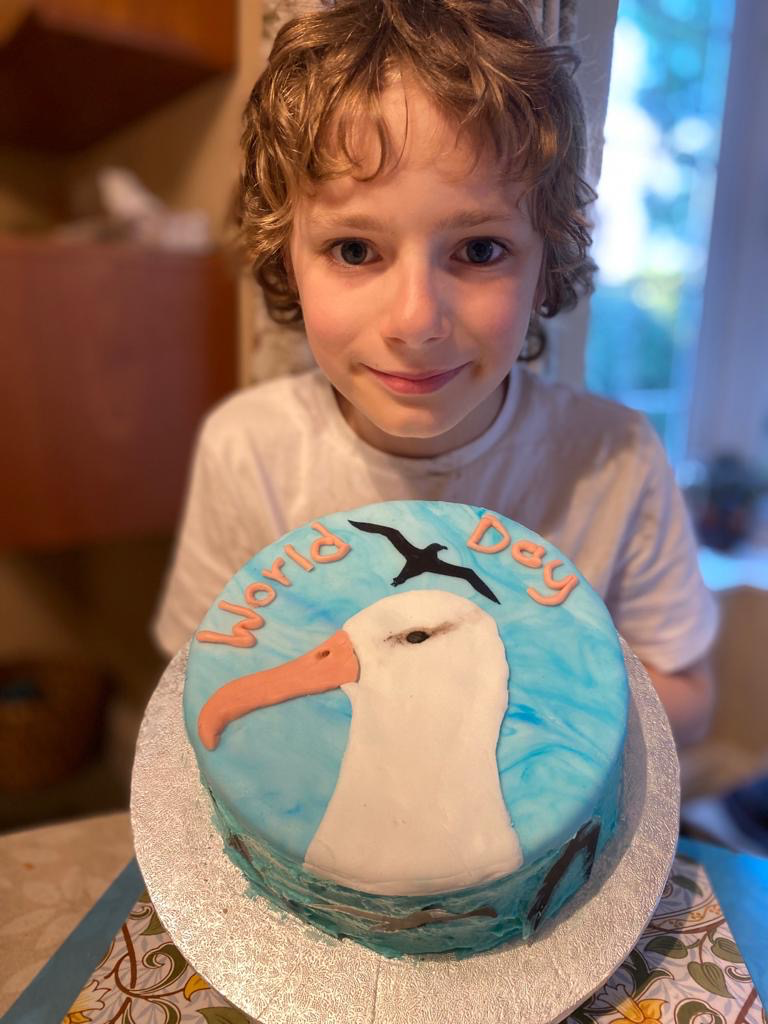 Joe Naylor with his winning cake

A total of 72 entries was received for the Great Albicake Bake Off in aid of celebrating World Albatross Day in June.  Winners and Runners up from Facebook likes and from the three judges have now been posted to ACAP Latest News - but there is one special cake still to feature.

Joe Naylor, who lives in Chepstow on the UK's Welsh border, was chosen by the judges as an equal third place in the Morphological Accuracy category, along with two other entrants.  What is special about his cake is that Joe is 10 years old and his entry was competing with those of 71 other cakes, all but one or two made by adults. 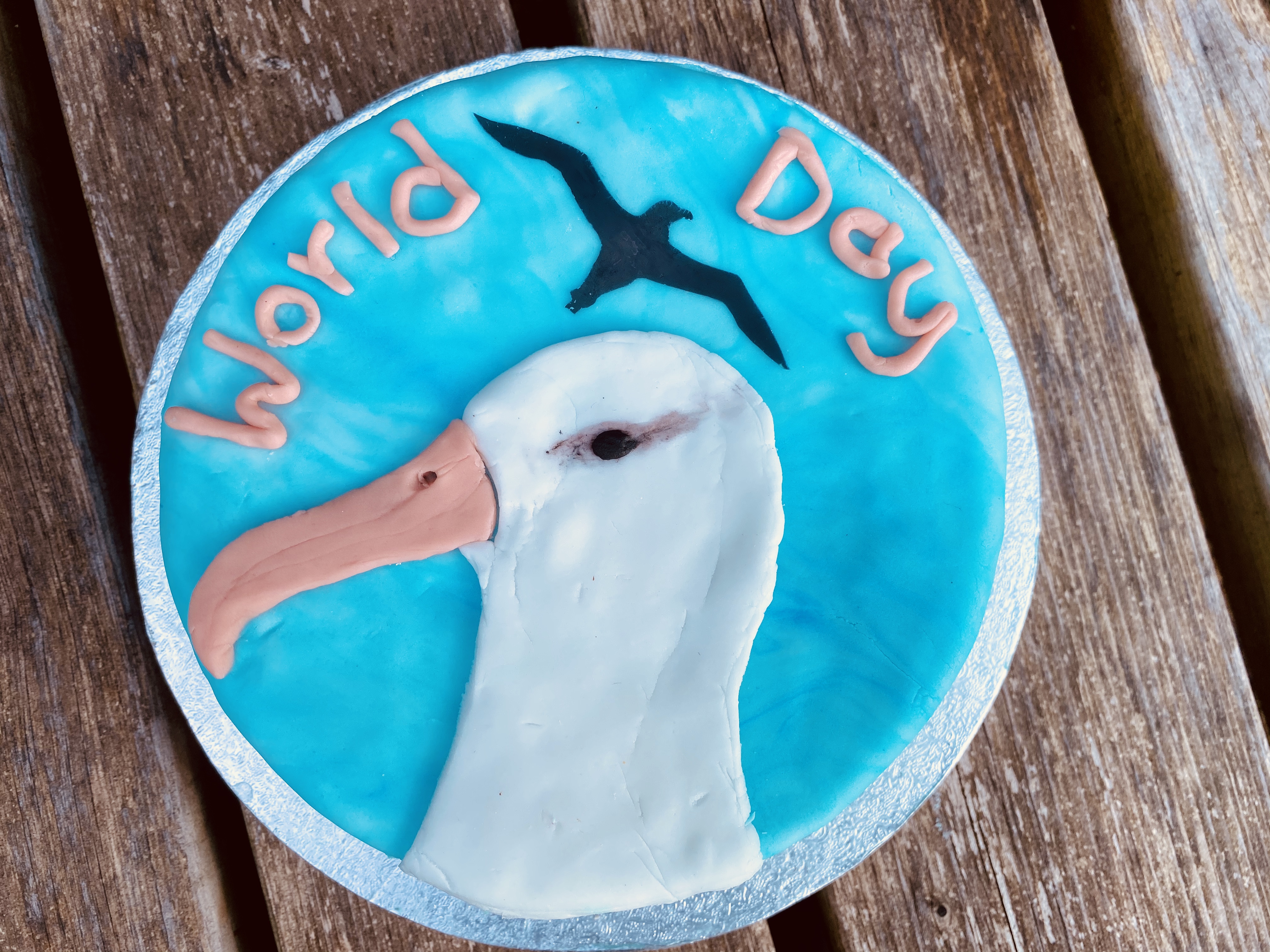 Images of Joe’s cake were submitted by his mother Alexia Naylor who also sent the following from her son: “Petey is a Black-browed Albatross who lives in Chile with his mate Mollie and their chick Lilly.  Lilly is a newly hatched albatross, so she is still very fluffy.  Mice have been eating the chicks whilst the adults are doing other things, like fishing and preening.  My cake is when the mice are gone and the albatross make a comeback.  First I made one of my classic sponges and added some turquoise buttercream around the edges.  Next I rolled out a circle of blue icing and put it to the side whilst I made the albatross. After I had made the albatross I put it all on the cake and cut out some albatross silhouettes and stuck them on the cake.”

Alexia writes that her son bakes his sponge cakes entirely independently.  She helped Joe research albatrosses online and design the cake on Powerpoint and his his grandmother, Carolyn Naylor gave guidance on making icing and cutting out shapes. 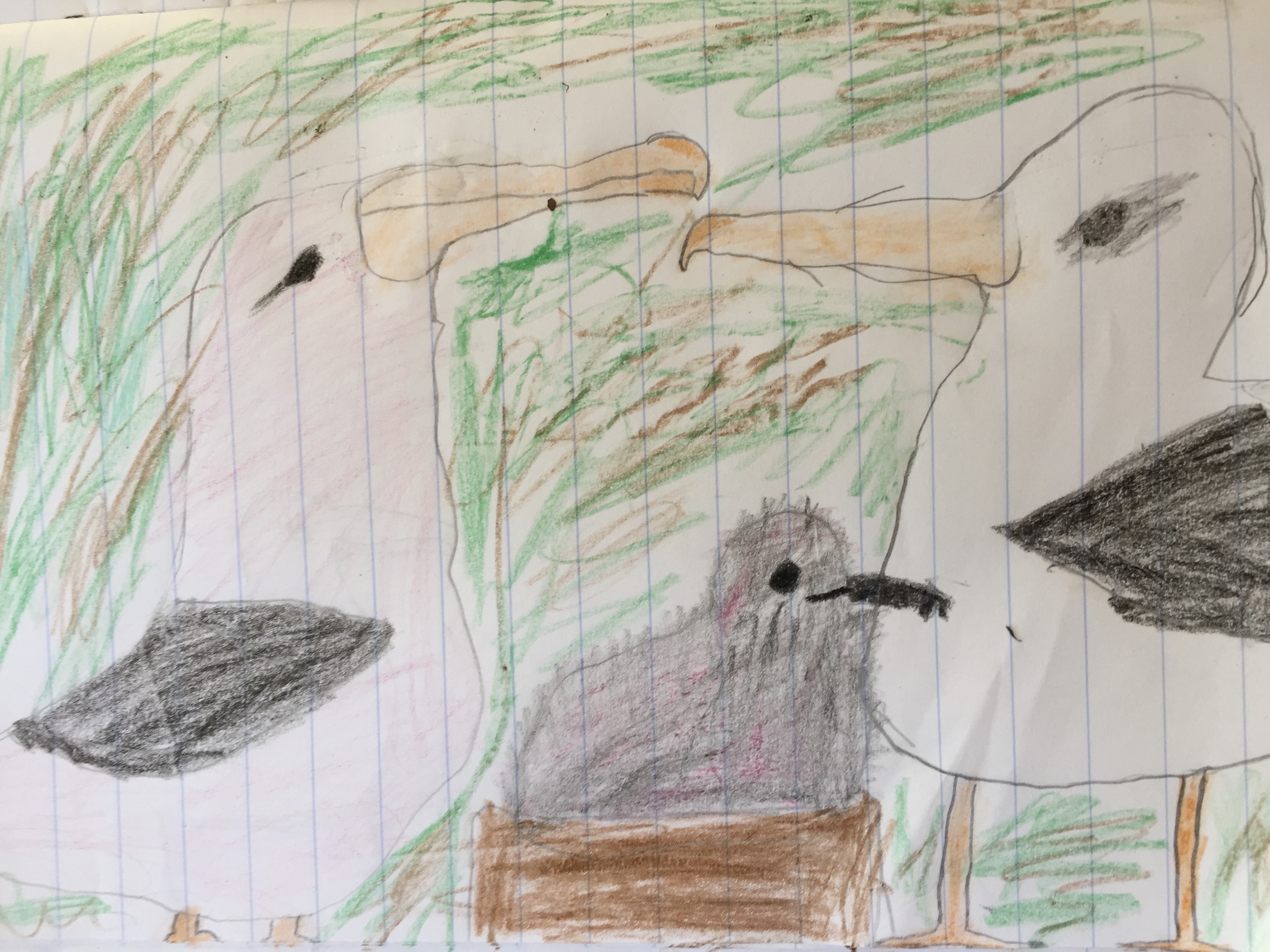 Joe’s sister Emily (aged seven) drew the albatross family, Petey, Mollie and Lilly.  Joe and Emily have been home-schooled since March due to COVID-19  and cooking has been part of their life-skills learning.  Joe has now moved onto baking bread with Zoom lessons from his school teacher. 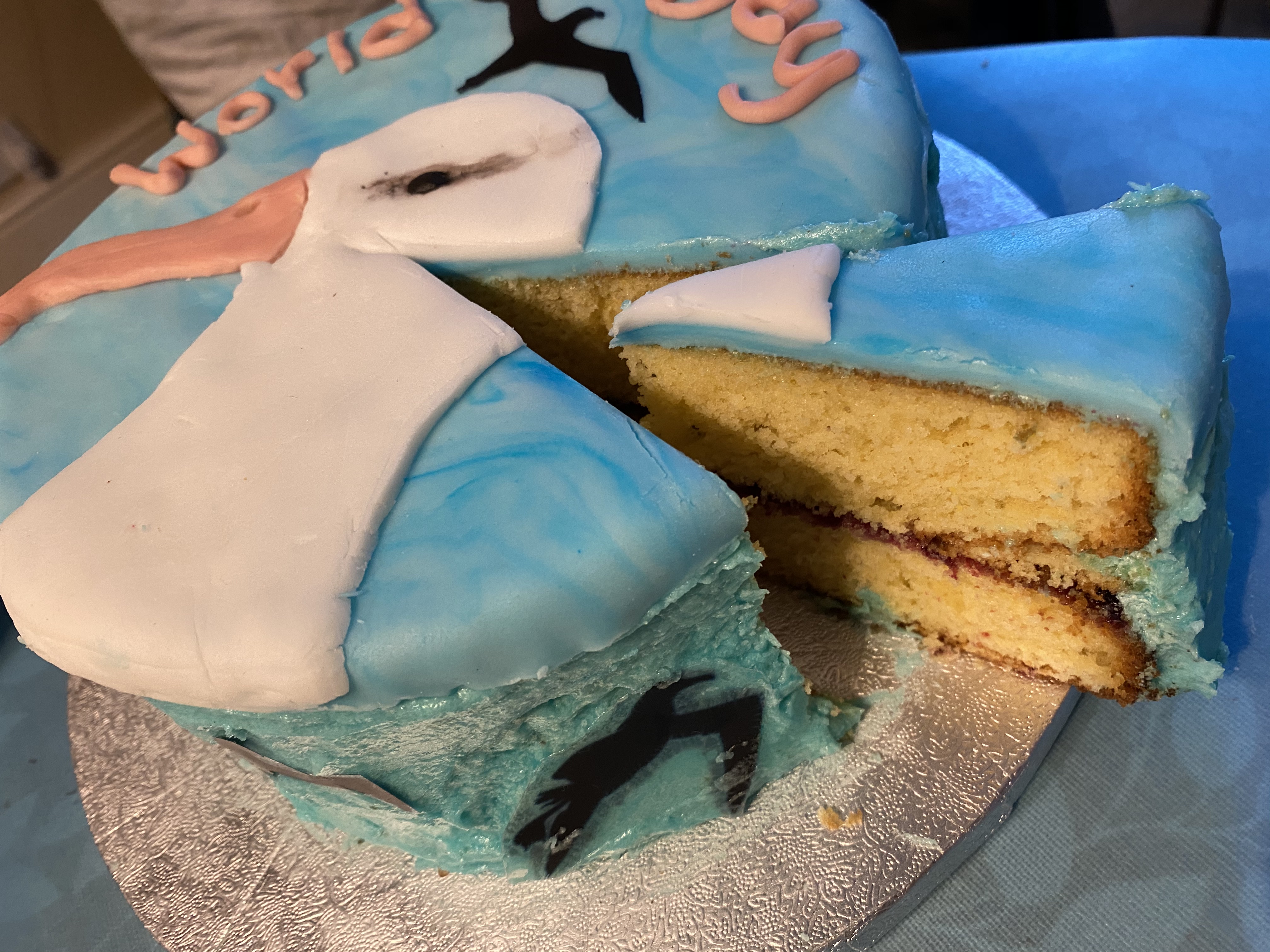 Joe’s Uncle Adam won no less than two of the five thematic categories and was overall co-winner as decided by the judges and received a third place by Facebook likes for his “Gough in Miniature” cake.  He is a Veterinary Surgeon with the Royal Zoological Society of Scotland and a team member of the Gough Island Restoration Programme, quarantining with Joe’s family after the COVID-19-induced cancellation of this year’s effort to eradicate the island’s mice (and telling his nephew all about the island's albatrosses).  Adam says Joe’s mother is also an excellent baker.  It seems making award-winning cakes runs deep in the extended Naylor family!

With thanks to Adam Naylor and Alexia Naylor.  The photo of Joe with his cake is posted with parental permission.