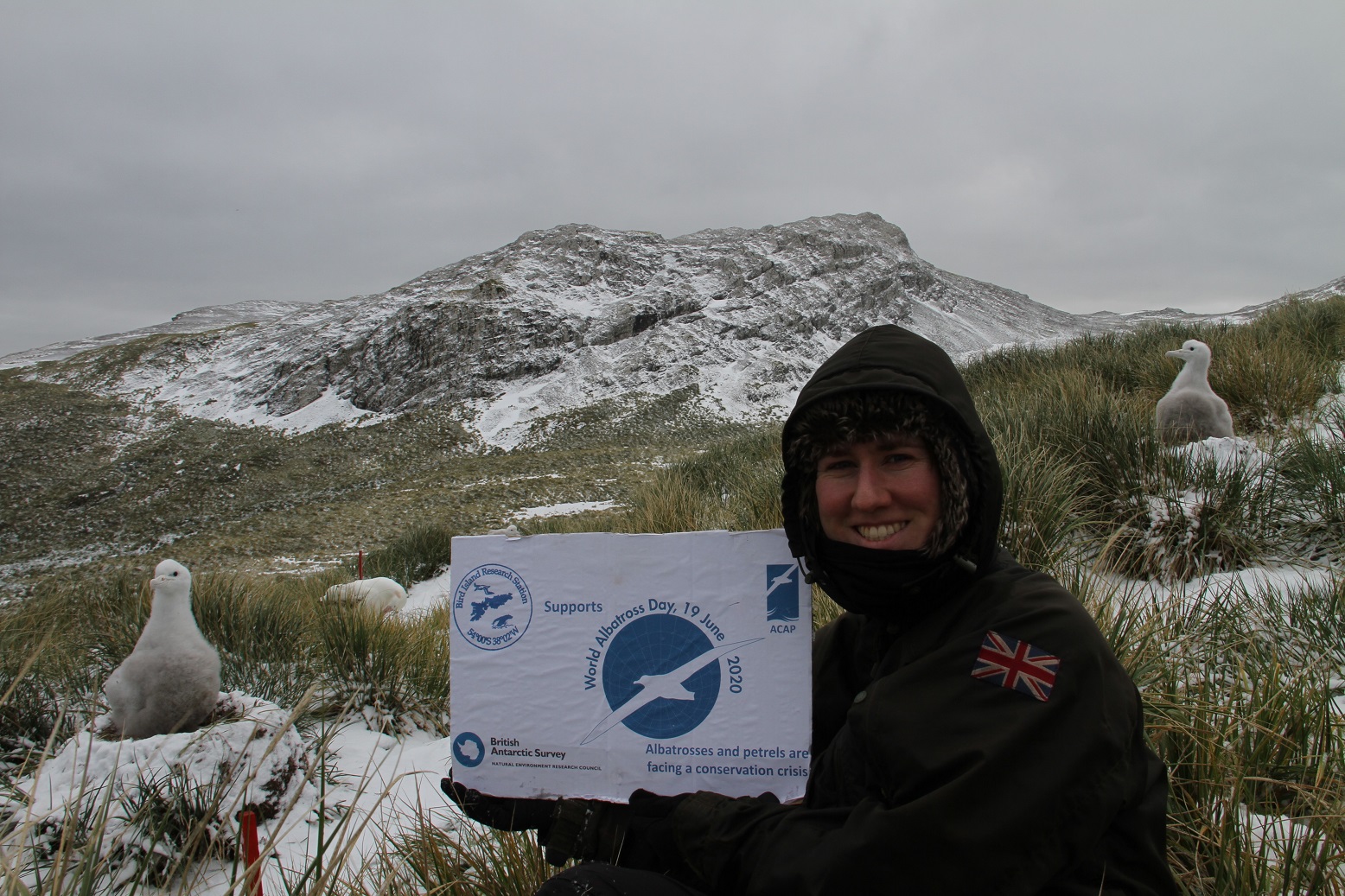 Bird Island in the South Atlantic has already contributed twice to the ‘banner challenge’ issued by ACAP to support the inaugural World Albatross Day on 19 June (click here).  Come a new research team and a new breeding season on the island and Zoological Field Assistant Alex Dodds has made a new WAD2020 banner and ventured afield for a few more photographs.

“Alex Dodds is well accustomed to the hiking life as she spends each day trekking across the rugged terrain of Bird Island … conducting fieldwork.  With mostly just the albies for company, Alex’s days are marked by the changes in her surroundings: the depth of footprints in the snow, the fog that hangs over the water, the early morning sun on the horizon and the iconic mountain tops rising steeply from the sea, covered in a fresh dusting of powdery snow.” 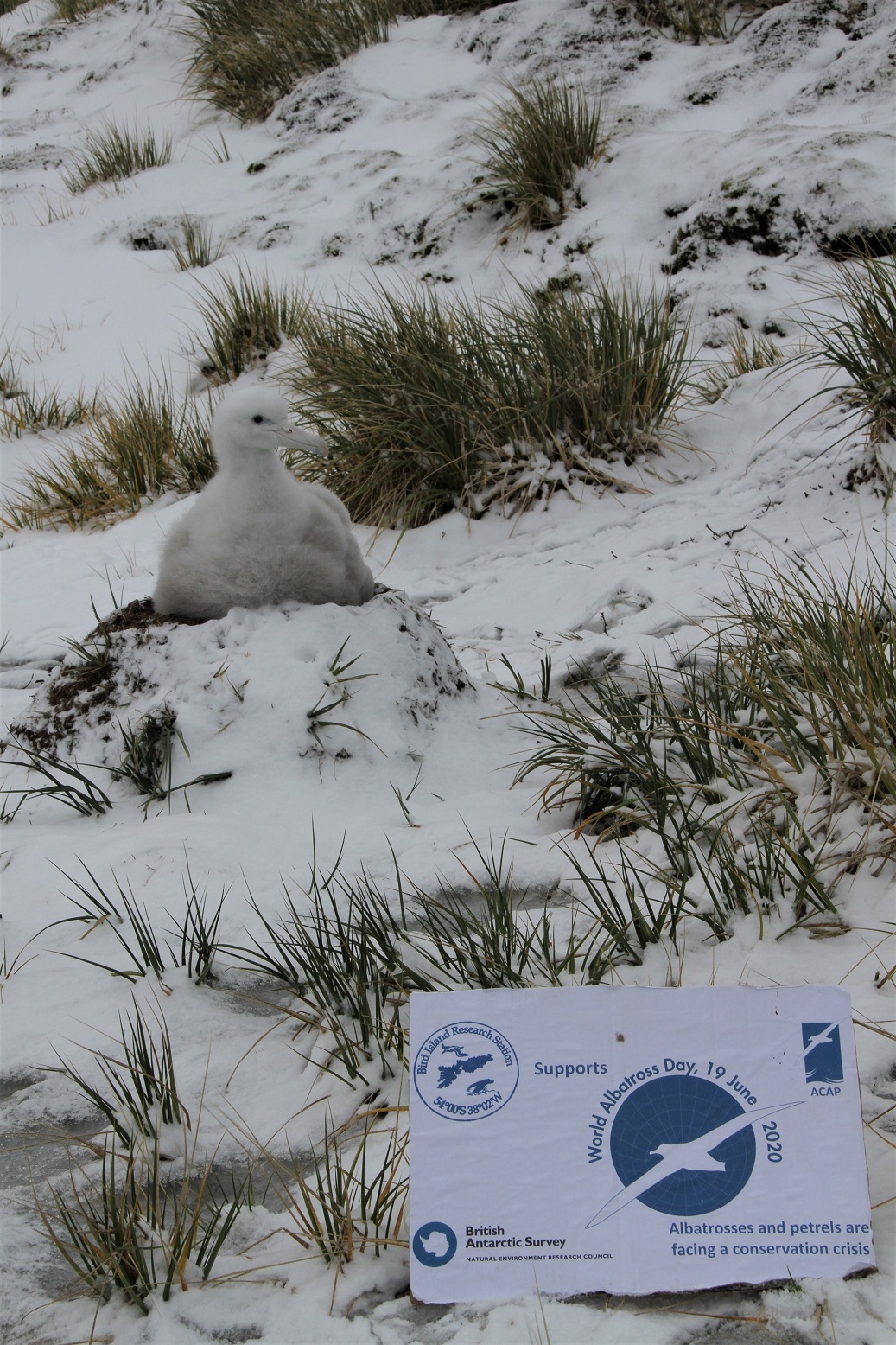 “Alex covers on average three miles [5 km] every single day, including at least 200 metres of ascent!  This totals a whopping 91 miles [146 km] a month and over 1000 miles [1600 km] a year! There are not many paths on Bird Island so she has to hike up streams, jump between huge tussac grass mounds and dodge bogs along the way.”

Alex’s efforts in support of albatross conservation will now be entered into the ‘WAD2020 Banner Competition’ with the chance of winning a prize.  Best of luck! 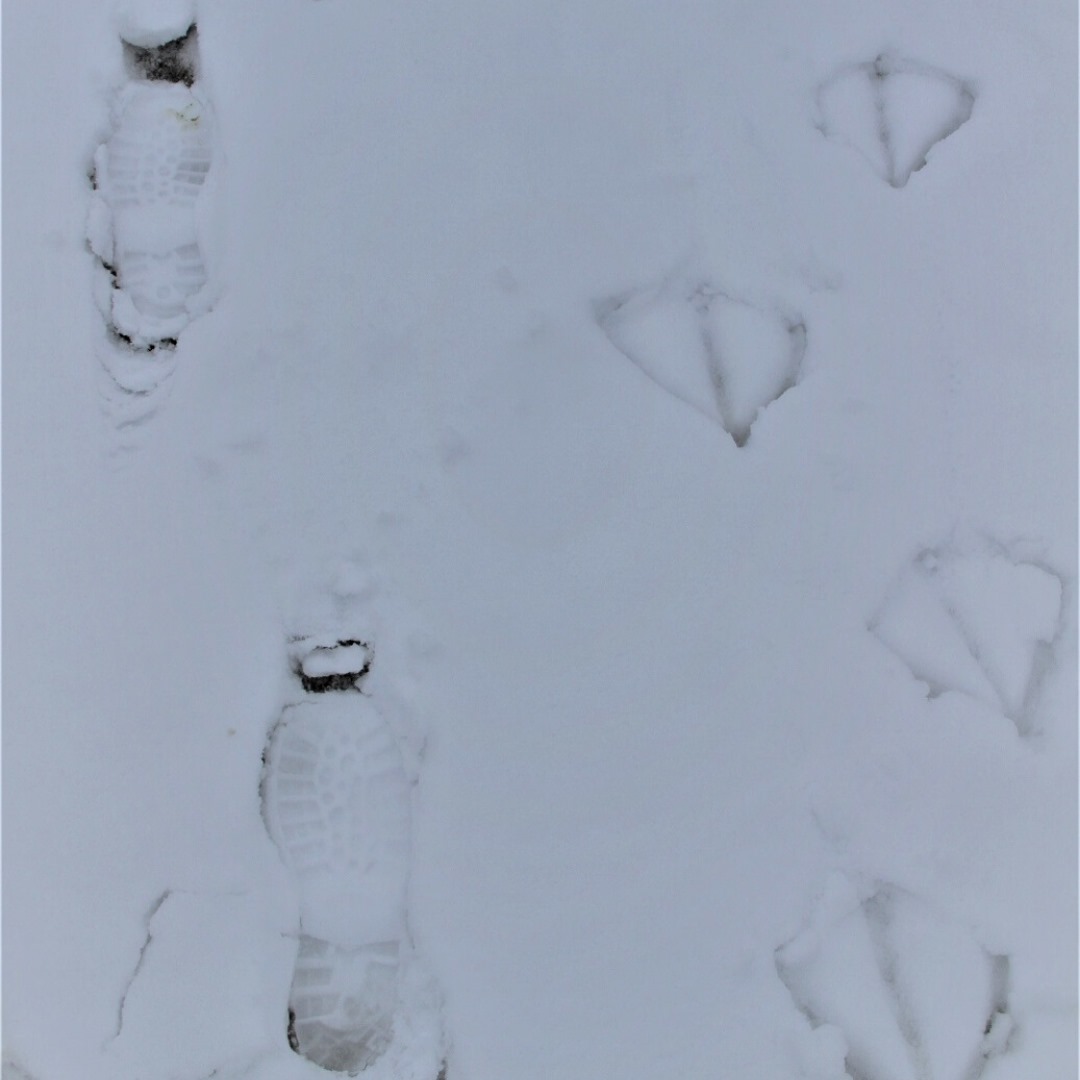 Both field assistant and albatross leave their footprints in the snow