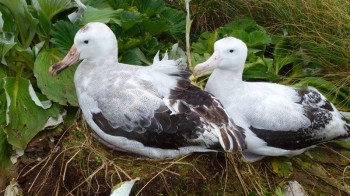 “Two approaches to estimating the population size of great albatrosses (Diomedea spp.) were tested in the Auckland Islands, New Zealand.  The first approach used a series of aerial photographs taken on Adams Island to produce high-resolution photo-mosaics suitable for counting nesting Gibson’s wandering albatross (Diomedea antipodensis gibsoni).  The second involved a direct count from a helicopter of southern royal albatross (D. epomophora) breeding on Enderby Island.  Both techniques produced results that closely matched counts of albatrosses attending nests derived from ground counts, although aerial counts could not determine whether birds were sitting on eggs or empty nests.  If estimates of breeding pairs are required, aerial counts of nests require a correction factor to adjust for birds that are apparently nesting but have not laid.  Such correction factors are best based on ground counts undertaken simultaneously with the aerial counts.  Used in conjunction with correction factors, the two techniques provide a method of estimating the population size of great albatrosses breeding in remote areas where it may be logistically difficult to undertake ground counts of the whole population.”

This publication forms part of a compilation of 19 papers appearing in a special issue of the journal Notornis of Birds New Zealand that covers many aspects of the avifauna of the Auckland Islands. The special issue is also being made available as a 436-page book with the title Lost Gold: Ornithology of the subantarctic Auckland Islands.  Edited by Colin Miskelly and Craig Symes, it can be ordered for purchase (click here).  An interview with the two editors gives information about their work with the book. Click here to access abstracts for all 19 papers. 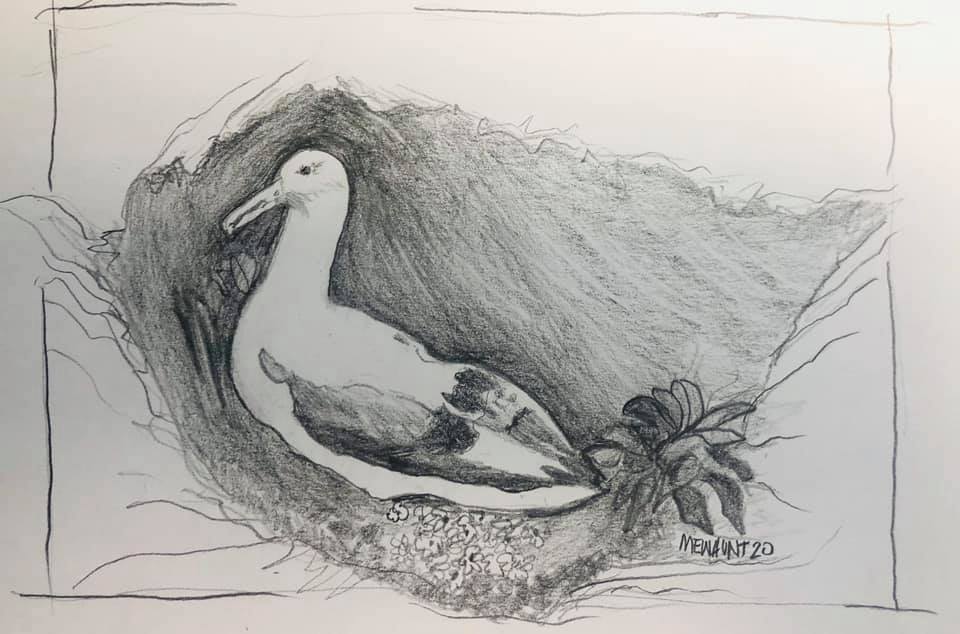 Southern Royal Albatross, artwork by  Mew Hunt‎ from a photograph by Graham Parker

With thanks to Barry Baker and Colin Miskelly.