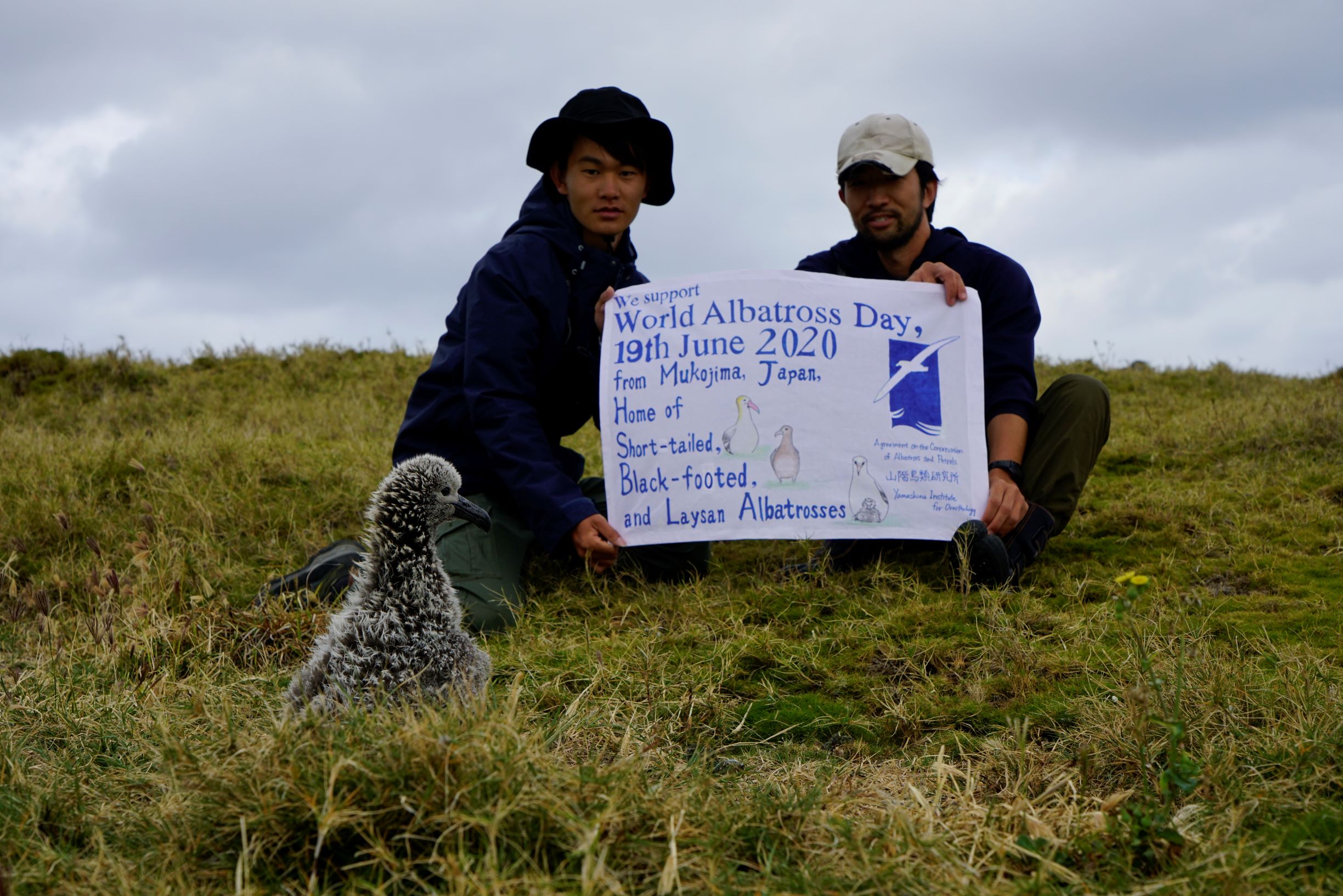 Teru Yuta, a Researcher in the Division of Avian Conservation of Japan’s Yamashina Institute for Ornithology leads on the conservation and monitoring of an incipient colony of globally Vulnerable Short-tailed Albatrosses Phoebastria albatrus on Mukojima in the Ogasawara Islands.  Over five years from 2008 to 2012 70 Short-tailed Albatross chicks were translocated from Torishima – the species’ main breeding site - to Mukojima, where they were hand fed until 69 of them fledged.  The aim was to create a new colony on an island not at risk to volcanic activity, as is Torishima (click here).

“From 2011 some of the translocated Short-tailed Albatrosses started to come back to Mukojima.  One pair, of which the male was translocated, started to breed in 2013 but failed over three years.   From 2016 to 2020, this pair bred successfully and fledged a chick for five years in a row.  From 2019 a bird that fledged in 2016 was observed back on Mukojima.  A second pair has laid eggs in the last three years (2018-2020), but they have not hatched.  The translocated individuals are seen more on Torishima.  There are some new birds coming from Torishima, but more seen on Mukojima now are from Senkaku Islands.”

Teru continues to express cautious optimism of a new colony becoming established: “Although the number of the translocated birds seen back on Mukojima has been decreasing in the last few years, and there has been only one pair successfully breeding, the second generation is starting to come back, and it seems that it is very slowly, step by step, getting closer to establishing a new colony.  I am hoping for the second-generation individuals to start breeding soon”.  A hope shared by ACAP Latest News!

While conducting field work at the island’s translocation site Teru and colleagues were able to display and photograph a banner in support of this year’s inaugural World Albatross Day (“WAD2020’) with chicks of the three Northern Pacific albatrosses that breed on Mukojima.  This adds the Short-tailed as a new species of albatross photographed with a banner to those already featured in ACAP Latest News. 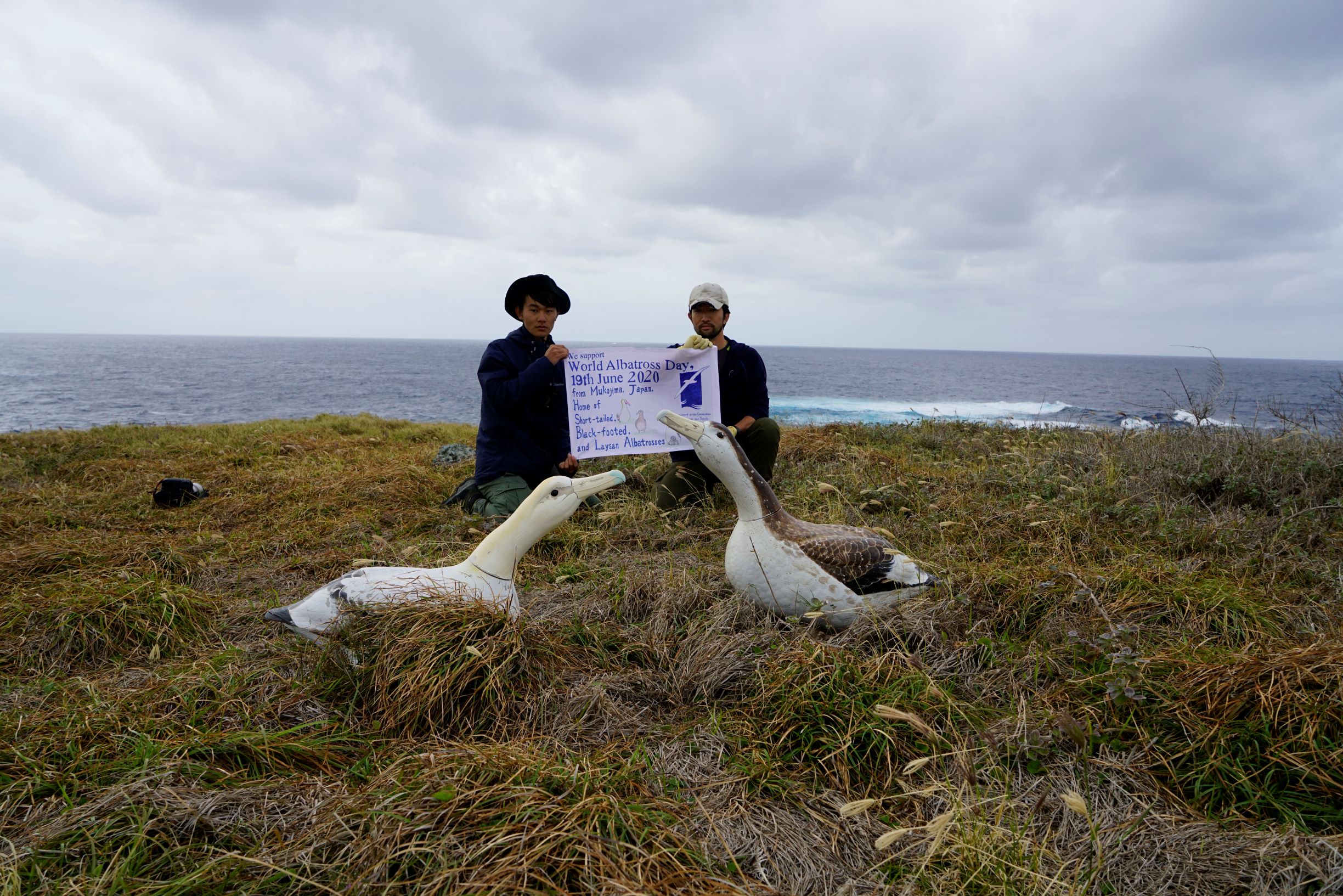 Taiki Terajima (left) and Teru Yuta pose with their ‘WAD2020’ behind a pair of Short-tailed Albatross decoys on Mukojima ... 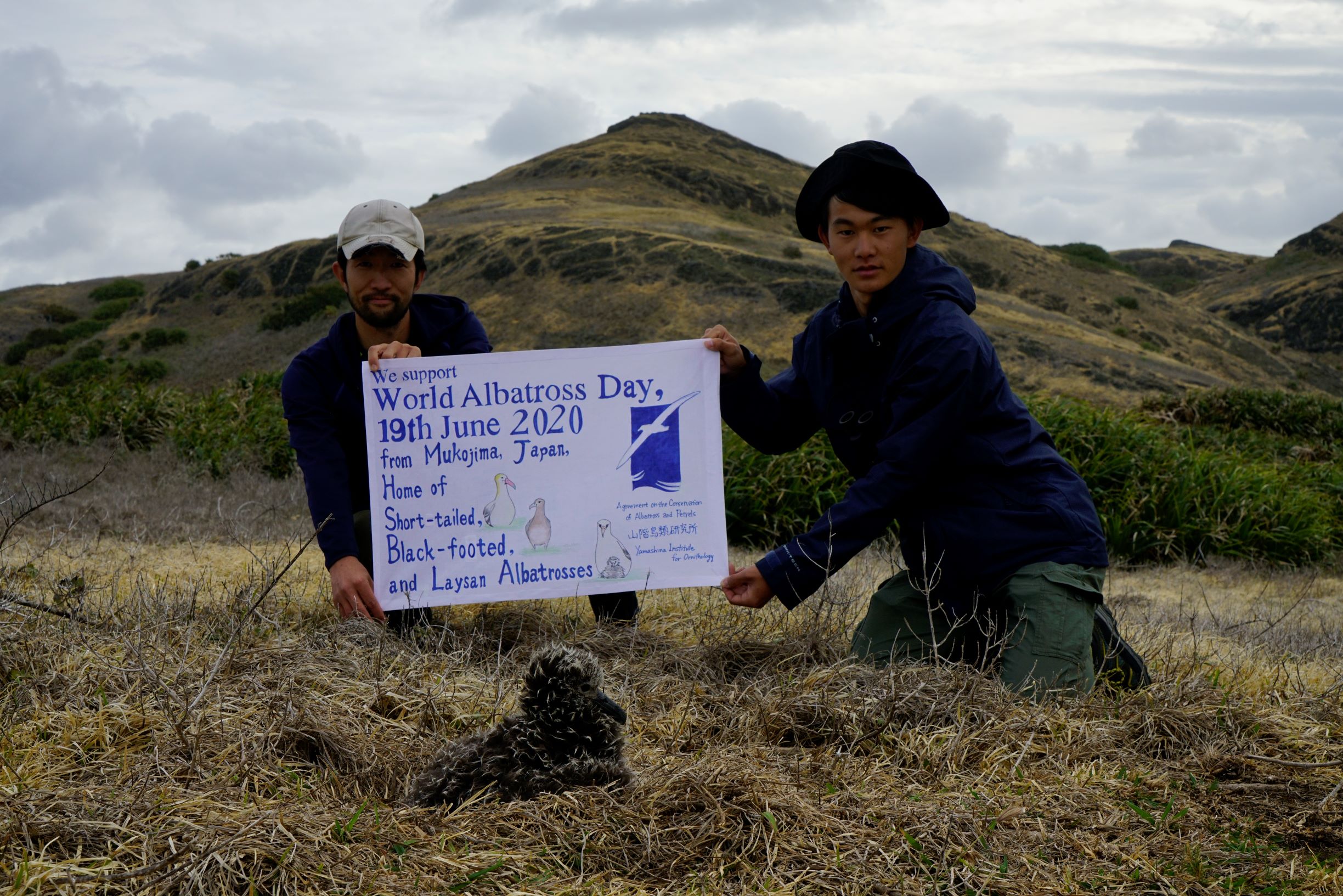 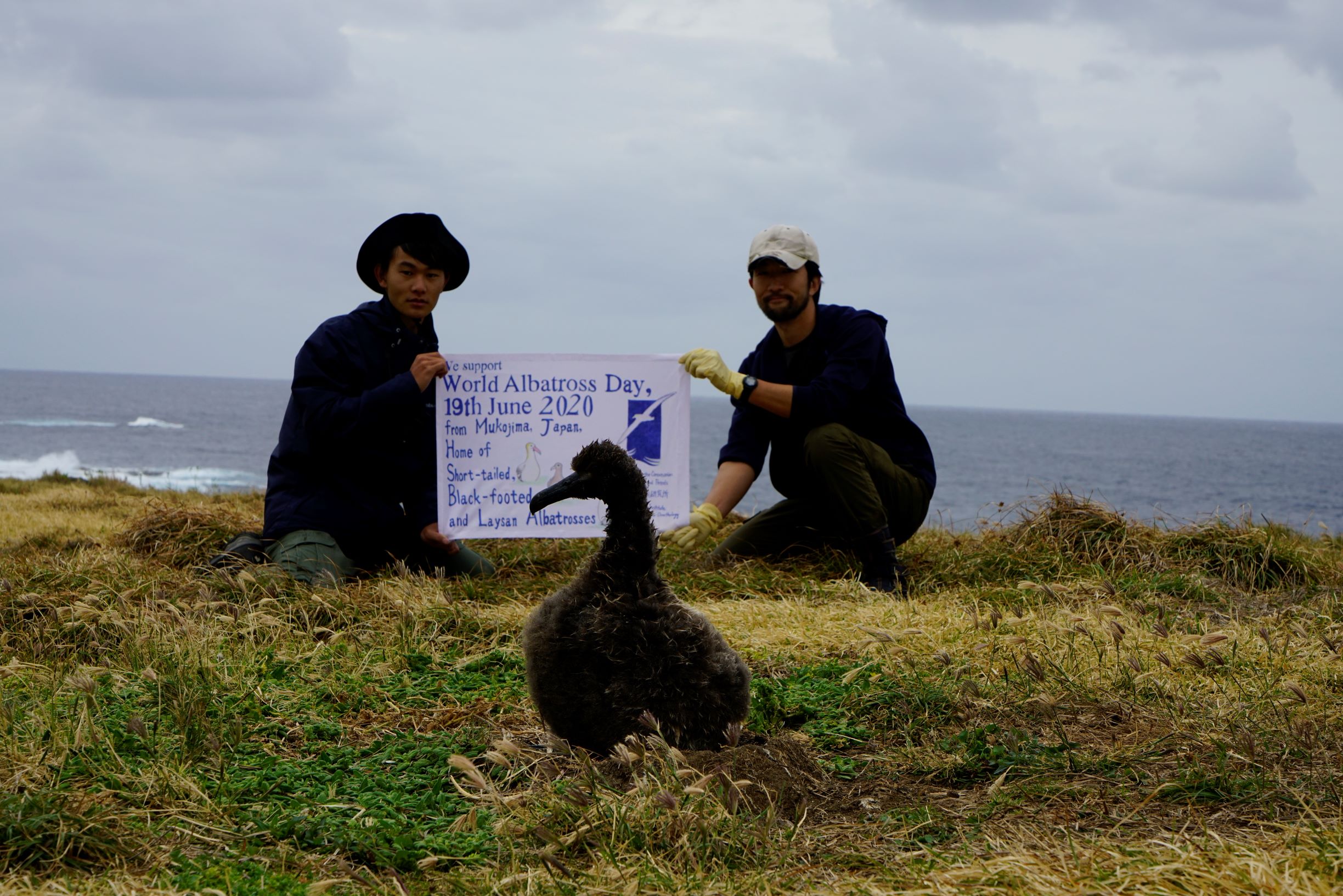 ... and with a Short-tailed Albatross chick.

With thanks to Teru Yuta, Yamashina Institute for Ornithology, Japan.