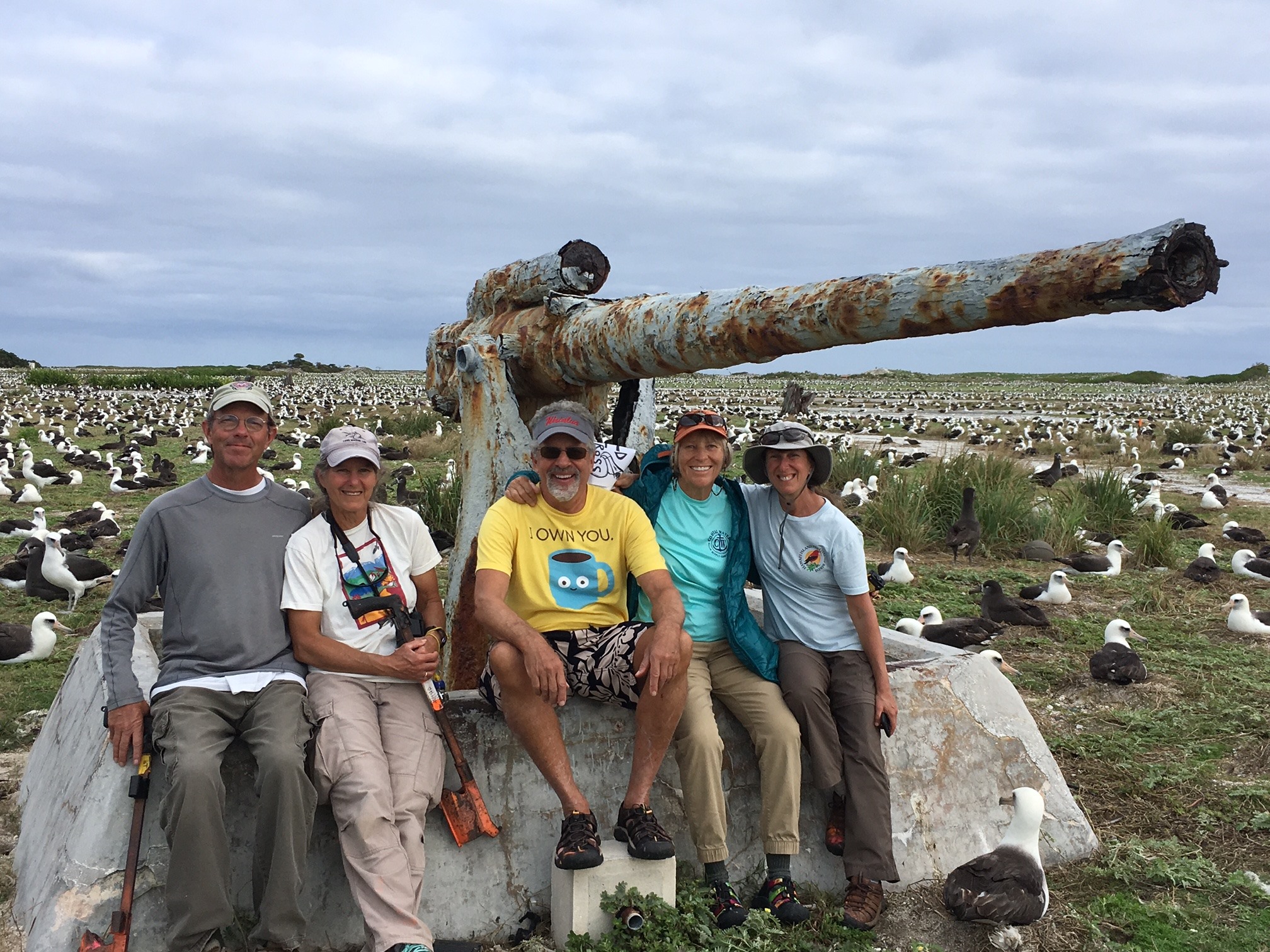 Totals of 446 791 occupied nests of Laysan Albatrosses Phoebastria immutabilis and 23 373 of Black-footed Albatrosses P. nigripes were counted on the USA’s Midway Atoll to give an overall total of 470 164 for the current 2019/20 breeding season (to which can be added a single Short-tailed Albatross P. albatrus breeding pair).  Counts were made on all the islands within the atoll, Eastern, Sand and Spit, over the period 15 December 2019 to 3 January 2020.

“Since 1994, yearly censuses of the planet's largest albatross colony provide crucial information to assess the long-term albatross population trends and ultimately the productive health of the ocean.  As Wisdom has proven, albatrosses are long-lived species and can skip a year of breeding.  Sexual maturity typically occurs at 8-10 years of age.  The counters worked very hard through the holidays covering by foot approximately 1,549 acres [627 ha].  After completing the census, these bird counters built aviaries and participated in invasive plant removal, marine debris clean-ups, mapping Bonin Petrel [Pterodroma hypoleuca] burrow densities, and out-planting of native plants in restoration areas.” 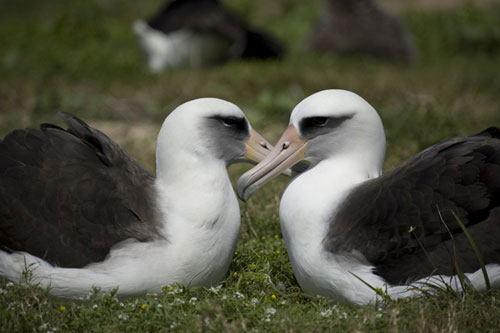 "January 2019 grand total active nest was 619,880; Laysan albatross: 593,664, the second highest count on record and black-footed albatross: 26,108. This year, the count revealed a 25% decrease of Laysan albatross active nests and a 10% for black-footed albatross. On December 29, 2019 a dramatic high water event occurred, causing a near complete wash-over of the islet Spit and a devastating 90% loss of Spit’s albatross nests."

The annual albatross census is conducted with the financial help of the Friends of Midway Atoll National Wildlife Refuge and other donors.  Information and photograph from FOMA’s Facebook page.