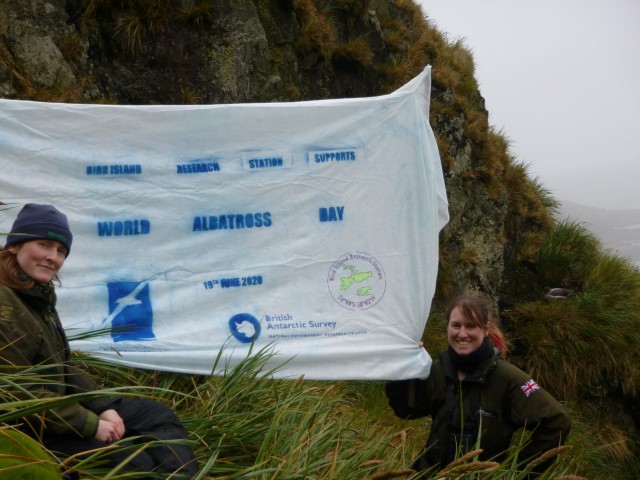 Back in September last year, British Antarctic Survey’s Albatross Zoological Field Assistant Rosie Hall on Bird Island in the South Atlantic made a World Albatross Day banner out of an old mattress cover and took it out into the field to photograph in front of a Wandering Albatross Diomedea exulans chick (click here).  Problem is Wanderer chicks in September are largely covered in white down, so they do not stand out well against the snow that was blanketing the ground at the time.  However, last month, with no more snow on the ground, Rosie and her colleagues on the island displayed their banner next to some of the summer-breeding albatrosses for another round of photographs. 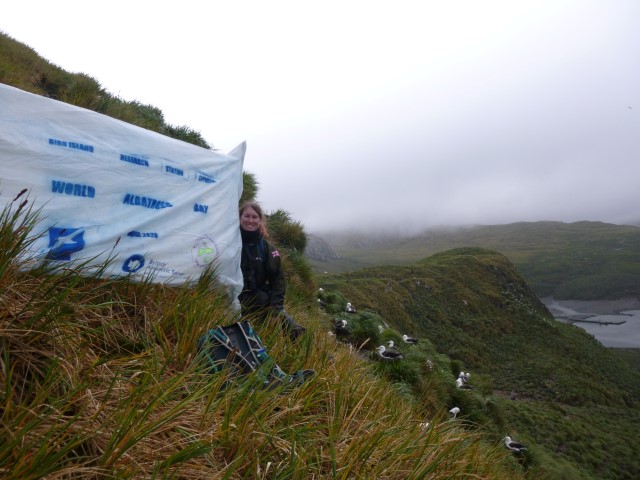 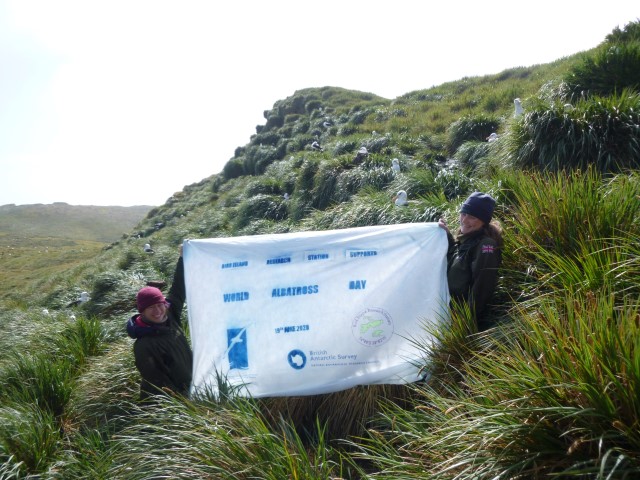 It is planned to use her photos, along with those from the other islands where WAD2020 banners have been photographed (click here) to make a poster which will be freely available for downloading from the WORLD ALBATROSS DAY section, accessible from this website’s home page.  The new section will be populated with photographs, artwork, species summaries, educational games and activities, posters and more over the next several weeks.

With thanks to Rosie Hall.