Recently Stefan with his wife Janine walked from the research station where they stay to Grey-headed Albatross Ridge in the south of the island.  From my own experience this trek can take up to a full day, over mostly difficult and hilly terrain – and often in poor weather.  Carrying their original WAD2020 banner made from a black-out curtain and its poles all the way is not going to be appealing.  No matter, there is a field hut next to the ridge and the Schoombies used what materials were available there to make a banner to display next to a colony of Grey-headed Albatrosses Thalassarche chrysostoma on the ridge. 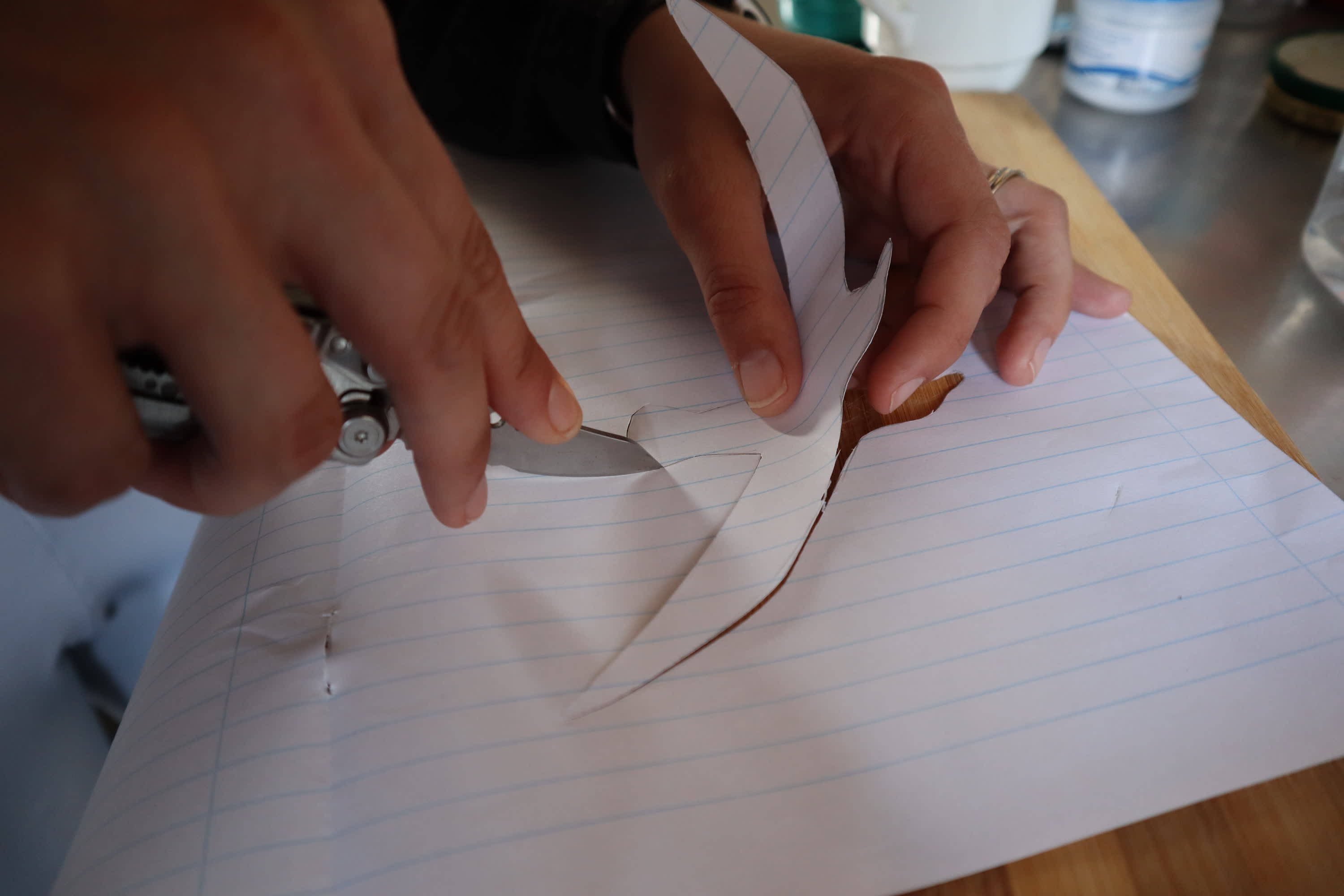 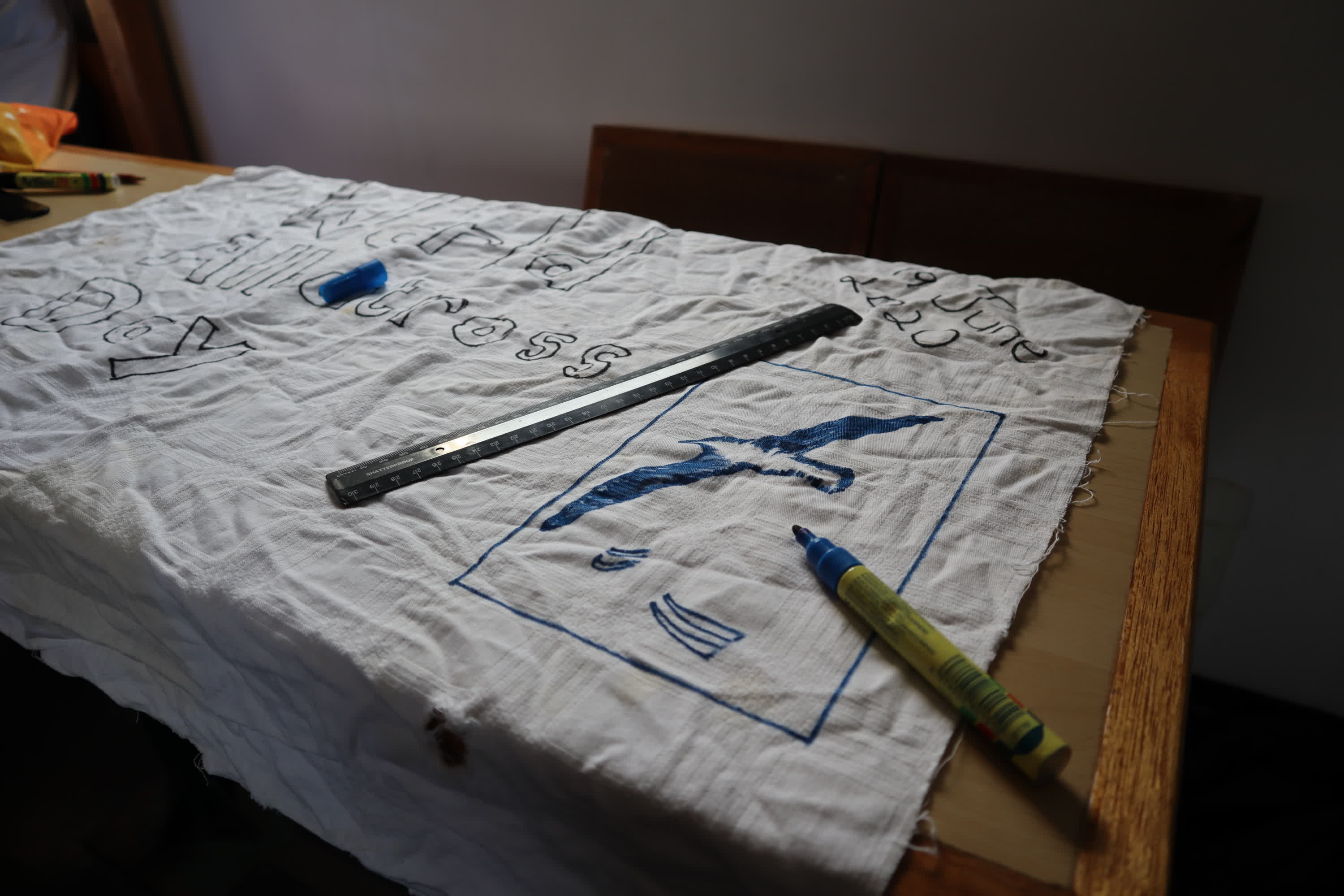 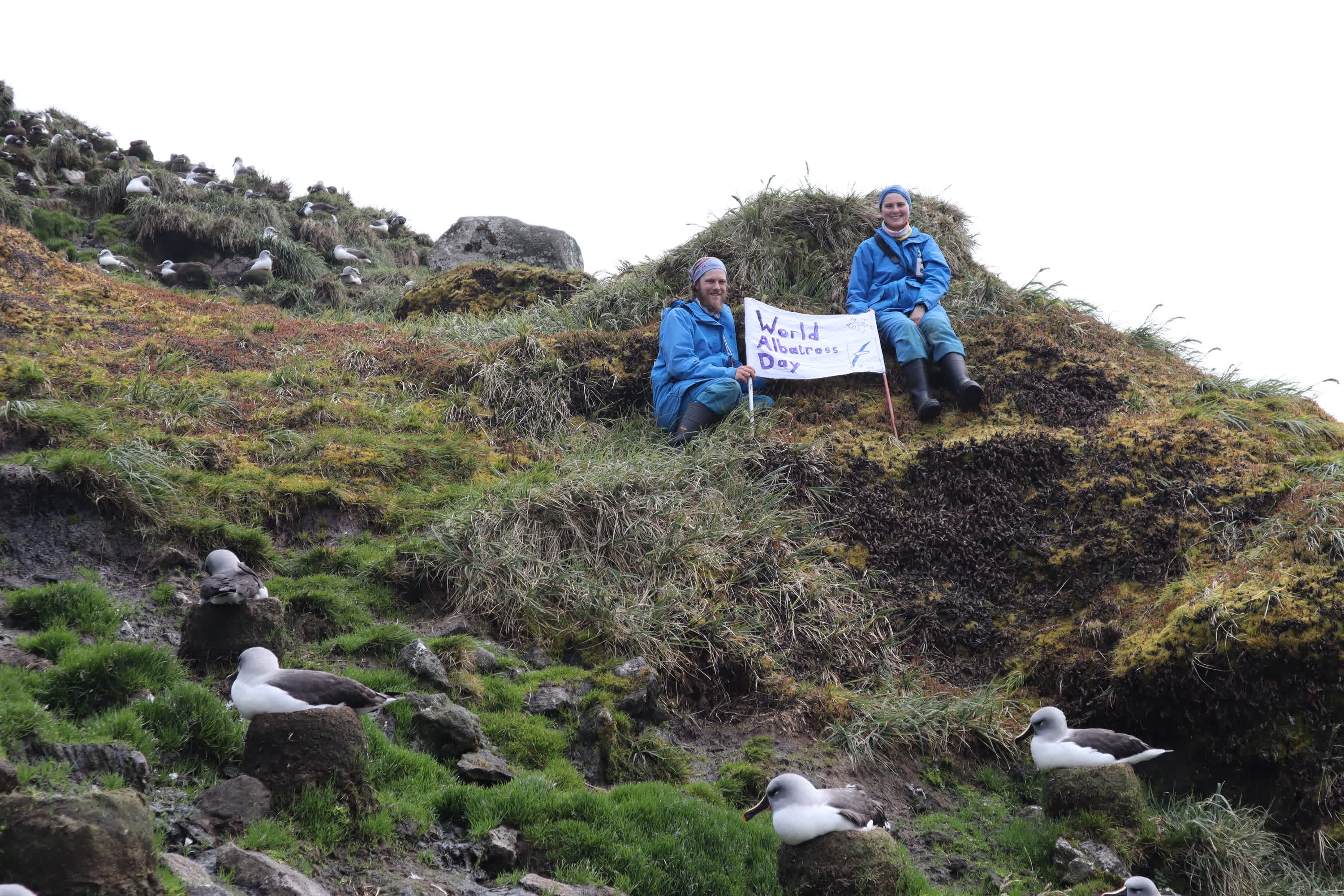 Immediately below the ridge is the partially vegetated tumbled lava of Santa Rosa Valley.  Grey-headed Albatrosses, including fledglings, occasionally crash land in the lava field and may not then be able to fly out, leading to their death.  While Stefan is studying mainly Wandering Albatrosses Diomedea exulans through the University of Cape Town for his PhD, Janine’s research is with the University of Pretoria’s Department of Plant and Soil Science.  She writes to ACAP Latest News: “The project we are working on looks at the effect of wind on the terrestrial ecology of the island.  My research on the Grey-headed Albatrosses focuses on finding out how the wind influences their flight capabilities around Grey-headed Albatross Ridge and how changes in wind patterns (as a consequence of climate change) might affect them in the future.”  Best wishes for her and Stefan’s research! 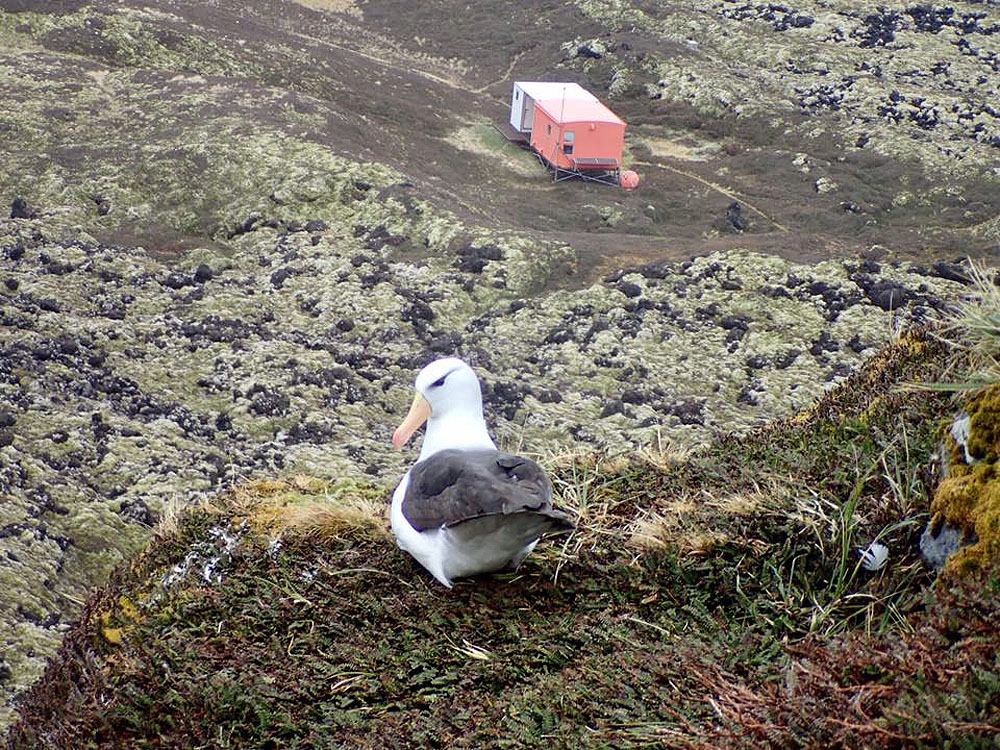 The field hut from Grey-headed Albatross Ridge on Marion Island. The tumbled black lava below it can trap fledging abatrosses.

The Black-browed Albatross depicted is a regular vagant among the Grey-headed Albatrosses (click here). Photograph by Michelle Risi

With thanks to Janine and Stefan Schoombie.