International Cat Day referred to in the cartoons falls on 8 August (click here).

Currently, ACAP’s work to raise awareness of World Albatross Day is undertaken on a zero budget.  Thanks then to the Antarctic Legacy of South Africa for donating a coffee-table book on the sub-Antarctic Prince Edward Islands to send to Marc as a small token of his valued contributions to the conservation of albatrosses, which include sending signed prints of the original WAD cartoons with English text to ACAP. 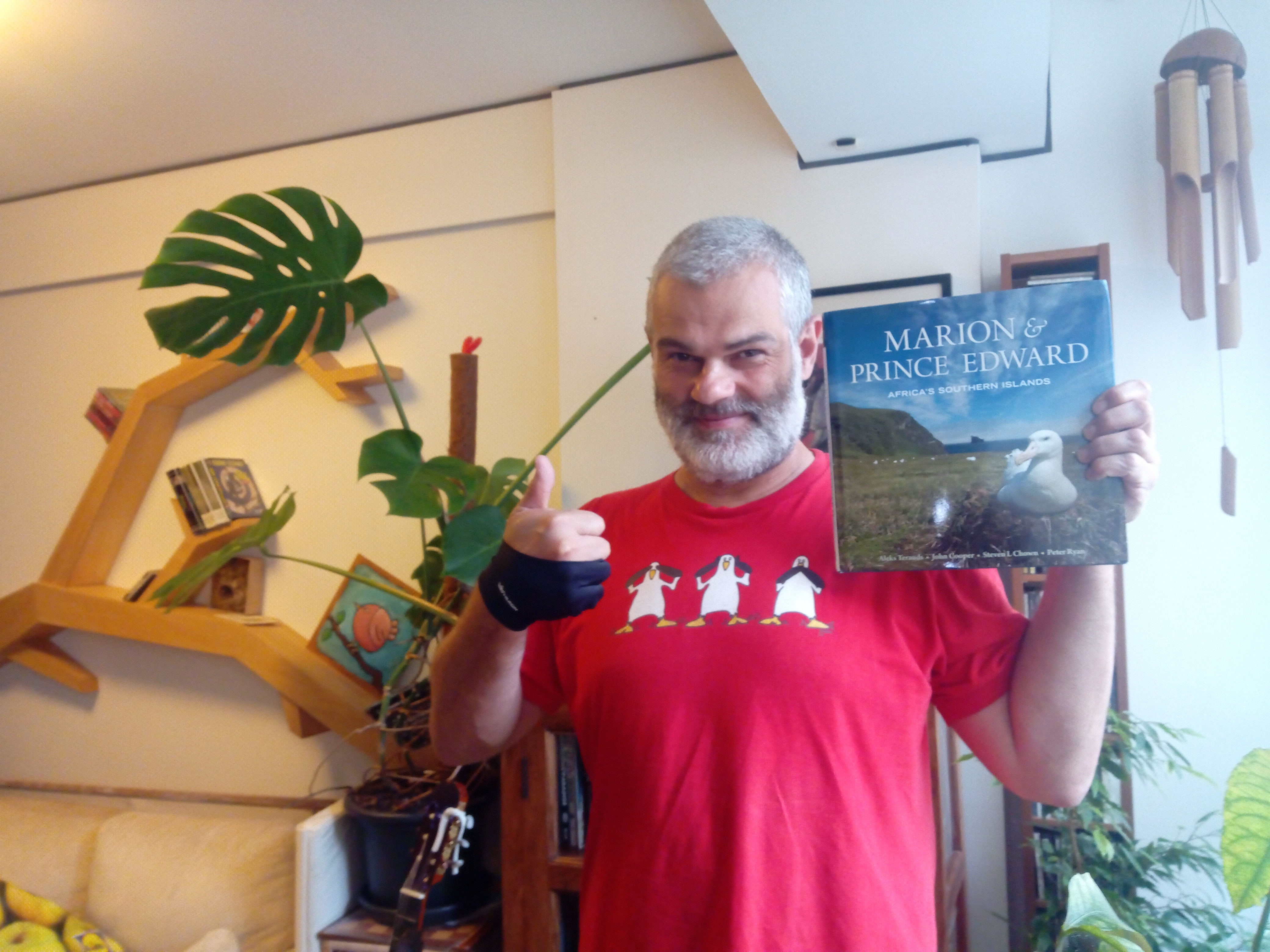 Marc has also produced his WAD cartoons in his home language of Portuguese.  Although not an official ACAP language - as are French and Spanish - it is the one spoken in Brazil, which has been an active Party to ACAP since December 2008.  Additionally, Portugal is a range state for the ACAP-listed and Critically Endangered Balearic Shearwater Puffinus mauretanicus, as birds on migration enter Portuguese waters - where they have been reported being killed by both purse seines and set nets (click here).

With thanks to Maëlle Connan, Marc Parchow Figueiredo and Verónica López.