The North Shore Community Land Trust has reported the successful fledging of three Laysan Albatross Phoebastria immutabilis chicks from Kahuku Point (Kalaeokaunaʻoa) on the northern shore of the Hawaiian island of Oahu.  The first chick fledged on 16 July, followed by the final chick which left on 03 August.  Six eggs were laid at the locality in the 2018/19 season, all of which hatched.  However, two chicks did not survive long, the remaining four being metal and colour banded in May.  One of these banded chicks died from as yet unknown causes, resulting in an overall breeding success of 50%.  A necropsy is awaited on this last chick to die according to Sheldon Plentovich of the U.S. Fish & Wildlife Service. 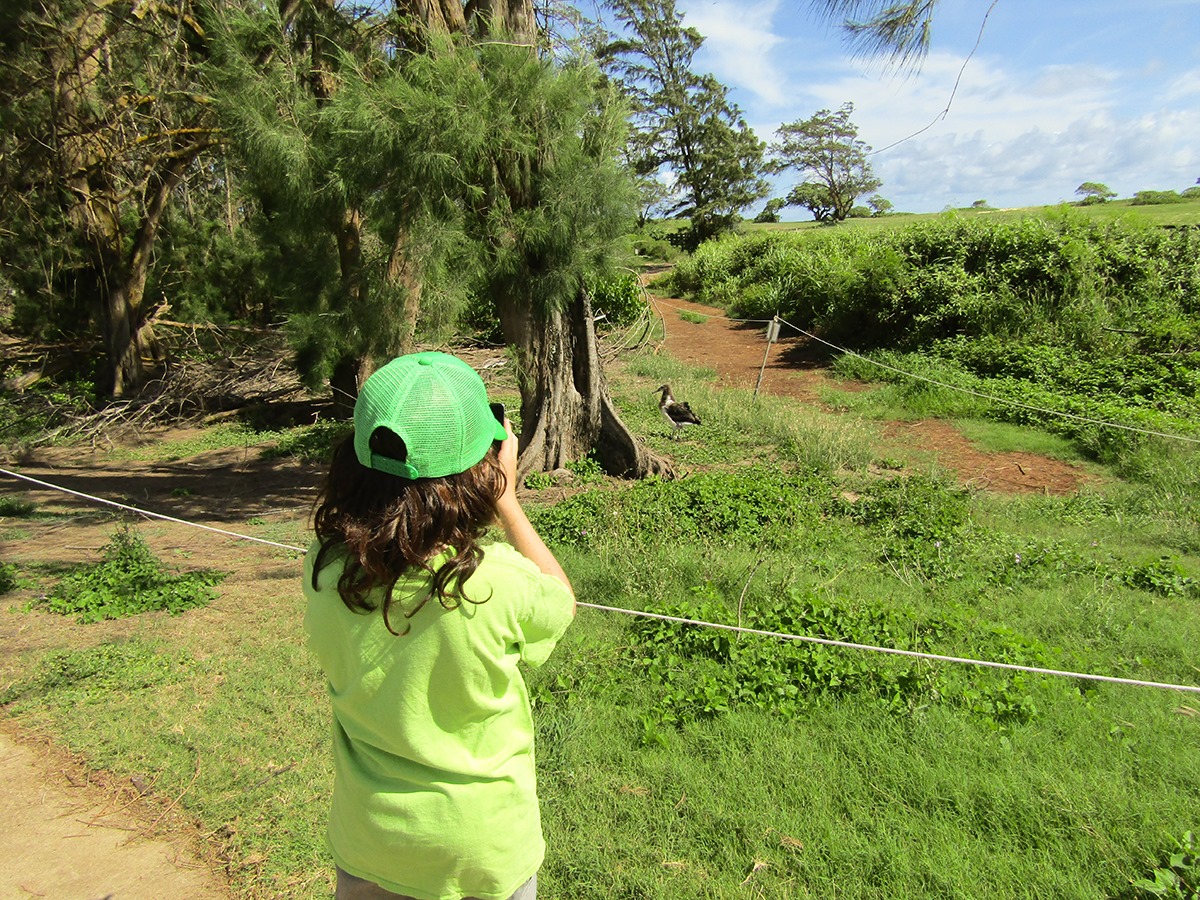 One of the Kahuku Point Laysan Albatross chicks get watched from behind a roped-off section, photograph by Laurie Flores

These are the first Laysan Albatrosses to fledge from Kahuku Point, following successful efforts to protect the breeding birds from introduced predators and human disturbance (click here).  The first chick to fledge was named “Manupe'ia,” or “Soaring Bird” in Hawaiian, the second chick “Manulani,” translated to “Heavenly Bird and the final chick named “Hopena,” or “Destiny”, all by Hauʻula Elementary School students, who had previously visited the birds on a school outing. 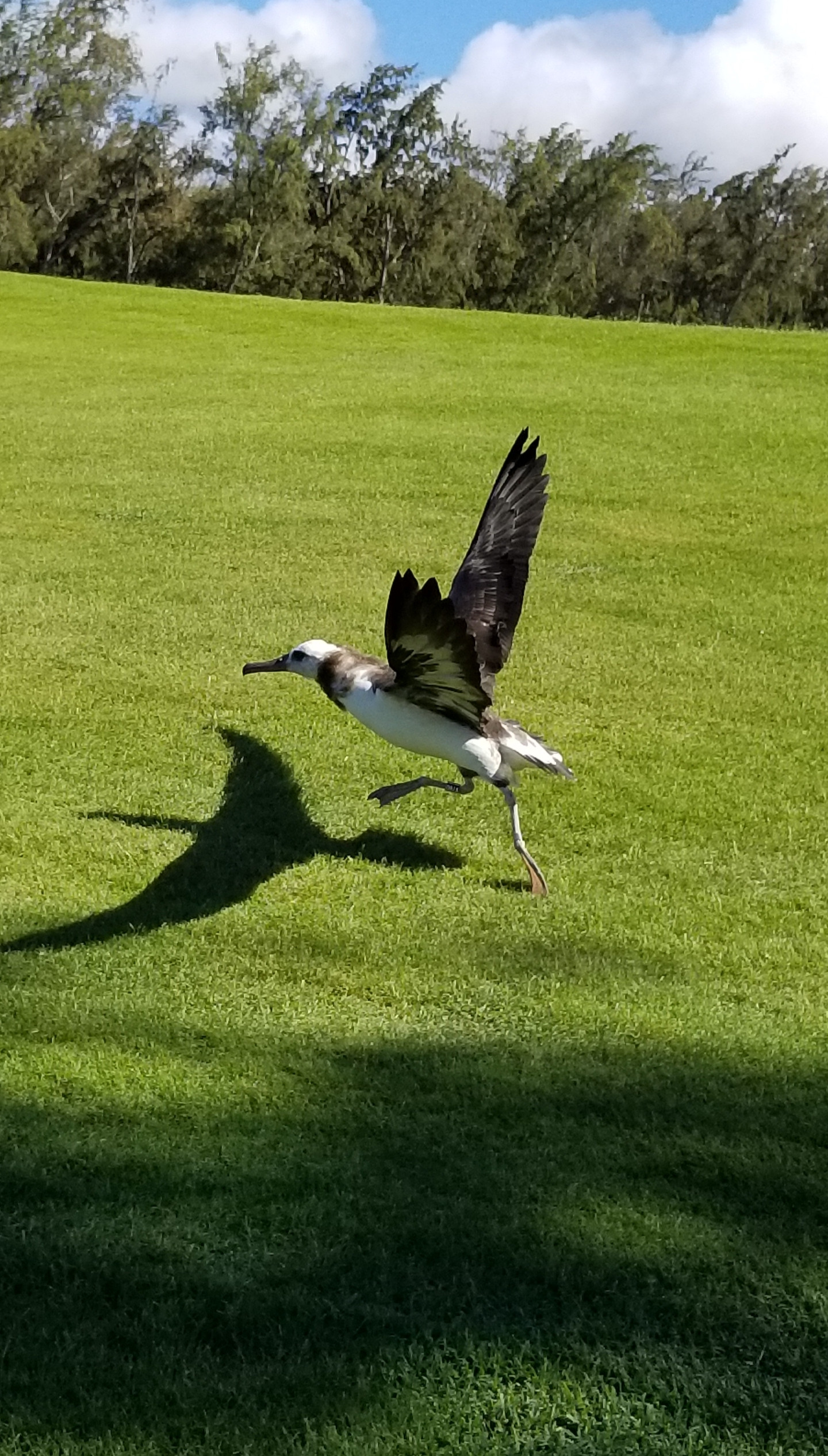 Laysan Albatross chick Manupeʻia, still with some down around its neck, practices take-offs on 14 July, two days before it fledged; photograph by Sue Cortes

“This marks an important milestone in the establishment of an emerging colony of the ground-nesting seabirds, whose primary habitat in the Northwestern Hawaiian Islands is increasingly threatened by sea level rise.  Laysan albatrosses, a near threatened species called mōlī in Hawaiian, have used the Kahuku Point area since at least 1978.  Over the years, the species sporadically attempted to breed in the area, but was not successful due to invasive mammalian predators like mongooses, cats, rats and dogs, which killed a chick and at least five adults in 1996.”