South Africa, a Party to the Albatross and Petrel Agreement (ACAP), has instituted a process to revise and update its National Plan of Action for Reducing Incidental Catch of Seabirds in Fisheries (NPOA-Seabirds).  The current plan, adopted in 2008, came after a several-year process with a first draft being submitted to the government authority in November 2002, with a second draft following review submitted in December 2003.  The final draft followed on from a Stakeholders Workshop held in South Africa in January 2003.  These two draft texts were produced at the University of Cape Town by academic ornithologists John Cooper and Peter Ryan, following the guidelines for NPOA-Seabirds set out by the Food and Agriculture Organization of the United Nations (FAO) in its IPOA-Seabirds document published in 1999.  In line with the IPOA-Seabirds the draft was made up of two parts.  Firstly, came a detailed assessment of the level of seabird bycatch in different South African longline fisheries (which the text describes) along with a summary of relevant South African legislation and a description of the affected seabird species.  The second part was the national plan itself, which described recommended mitigation measures, as well as considering research and development, education, training and publicity, and data collection. The texts, whose production was funded by the FAO’s Committee on Fisheries (COFI), were submitted to the then Branch: Marine and Coastal Management of the South African Department of Environmental Affairs & Tourism, recently reconstituted as the Department of the Environment, Forestry and Fisheries (DEFF).

The officially adopted 2008 text, given the new knowledge that had come to light on seabird mortality from colliding with warps and cables, was expanded to include trawl fisheries and did not include the assessment in the drafts described above. 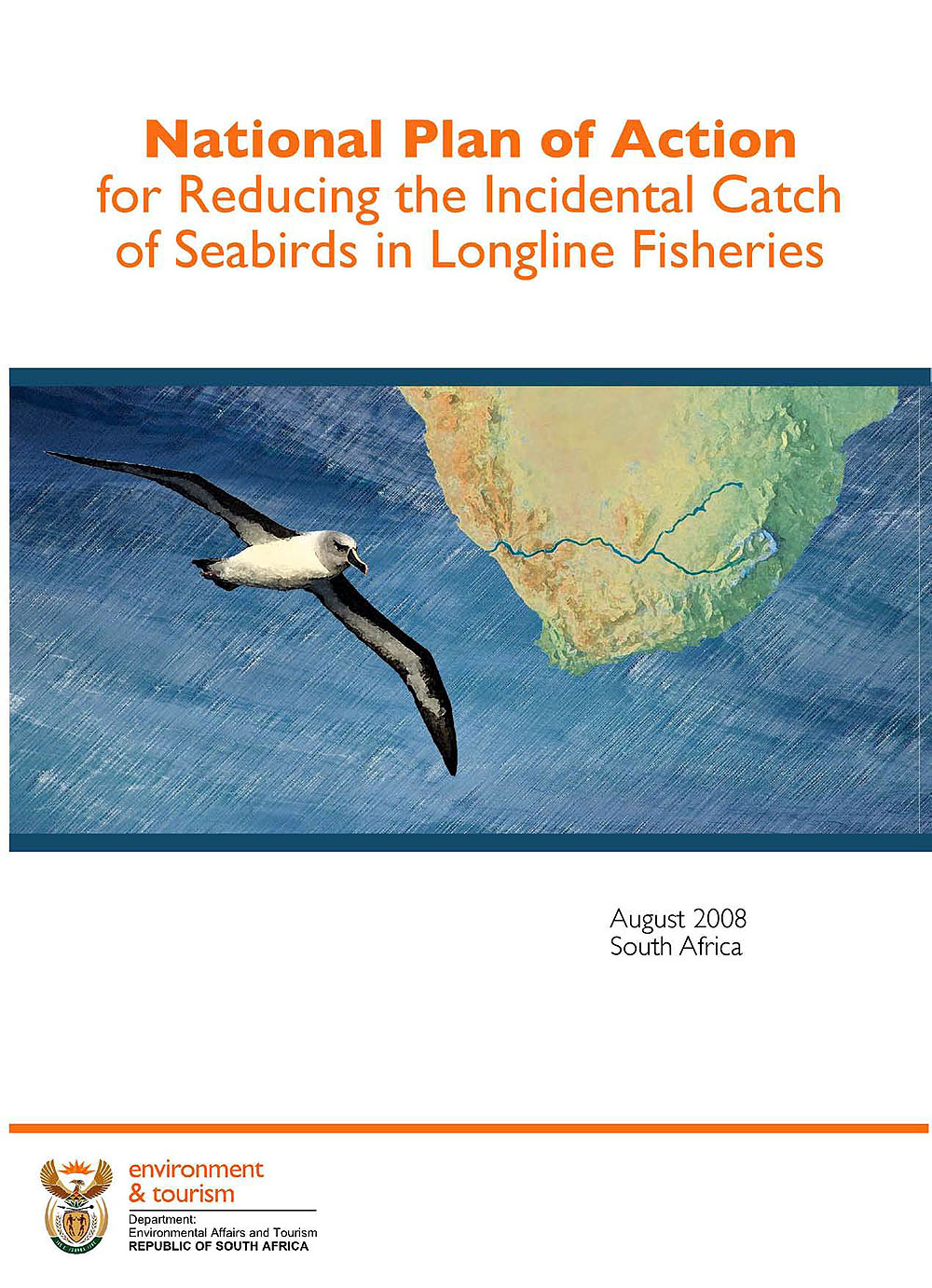 DEFF's Oceans and Coasts Branch is now leading on the latest revision, with the intention of having a new NPOA-Seabirds, adopted in time to submit it to the Seventh Meeting of the Parties to ACAP, expected to be held in Hobart, Australia in 2021.  To this end a revision working group held its first meeting last week, with a small group of experts from DEFF, BirdLife South Africa’s Seabird Conservation Programme (Andrea Angel) and the FitzPatrick Institute of African Ornithology at the University of Cape Town (Peter Ryan), as well as ACAP’s Information Officer.  The Meeting was co-chaired by Azwianewi Makhado (South Africa's ACAP National Contact Point) and Herman Oosthuizen, both from DEFF.  At the meeting it was decided to co-opt Anton Wolfaardt, a Co-convenor of ACAP’s Seabird Bycatch Working Group (SBWG) and who is based in South Africa. Another member of the SBWG, Johan de Goede of DEFF, is also a member of the revision group.

During the meeting a way forward was decided on improving and expanding an existing revision, which had been produced under contract earlier.  Individual group members were given sections to work on, with the intention of convening a second group meeting once a new text can be collated.  As well as considering longline and trawl fisheries, the new South African NPOA-Seabirds will also take account of any seabird bycatch that might occur in other South African marine fisheries, including tuna pole and line, purse-seining, and fixed/gill nets.