After two weeks of meetings in the neighbourhood of Jurerê Internacional, Santa Caterina Island, Brazil, the Eleventh Meeting of the Advisory Committee (AC11) completed its work with the adoption of its report last Friday – preceded by a sea trip to two island fortresses that date back to the 18th Century.

In the first week the Population and Conservation Status (PaCSWG5) and Seabird Bycatch (SBWG9) Working Groups met separately for a total of five days of discussions.  The reports of these two meetings were then presented to AC11 by their Co convenors for consideration and are now publicly available on this website (see AC11 Docs 9 & 10).

The AC11 report will now undergo copy-editing by the Secretariat in Hobart and then be circulated to ACAP Parties for final approval, from when it will also be publicly available on this website, at which time ACAP Latest News will summarize its main achievements. 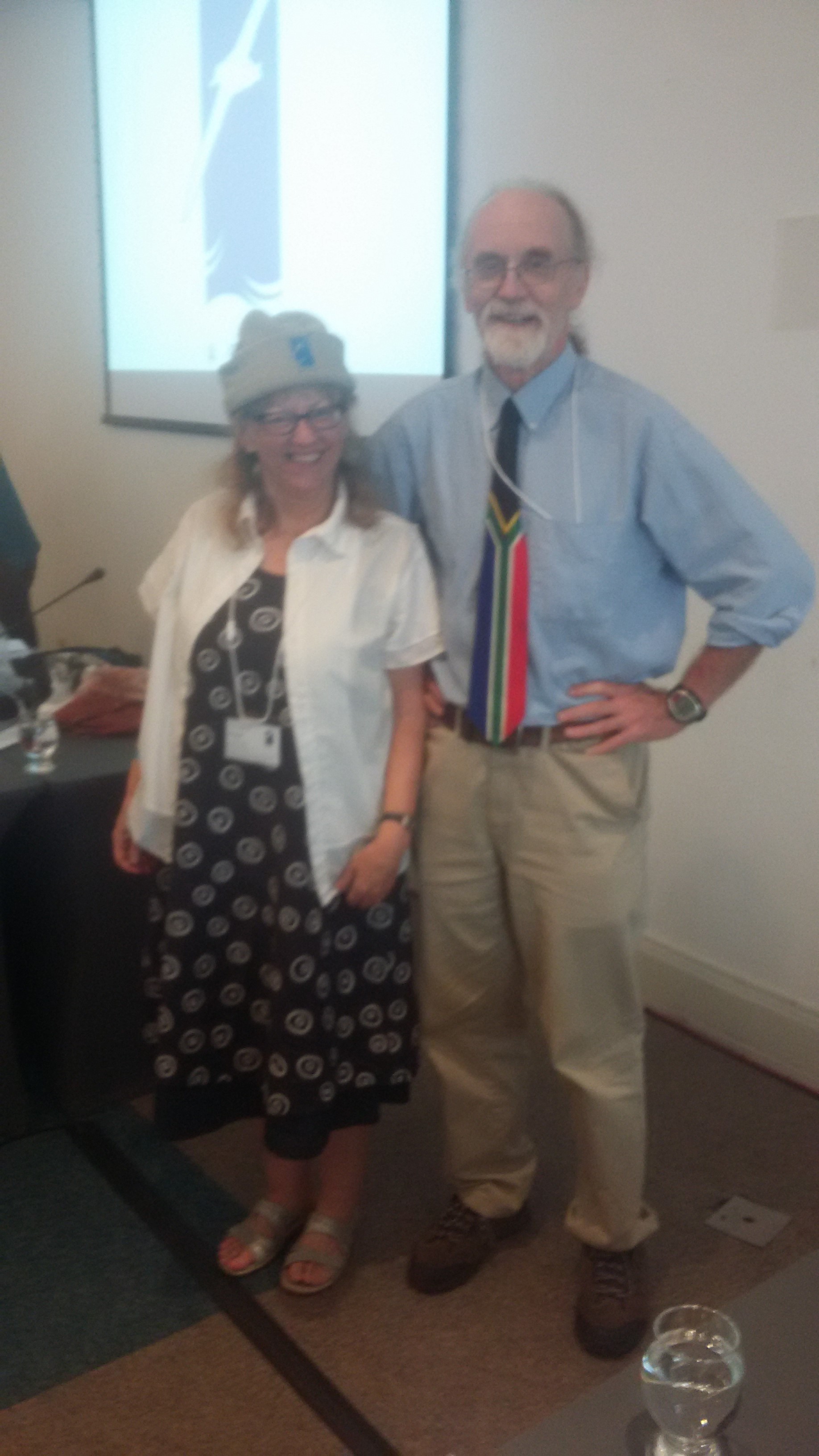 Closing AC11 and preparing for a Hobart winter:  ACAP's Information Officer presents the last "A-beanie" left over from AC4 held in South Africa in 2008

The day before report adoption, 21 attendees of ACAP’s 2019 meetings in Brazil went on a day-long sea trip from the Centro district of the island city of Floreanópolis into the 4400-ha Anhatomirim Environmental Protection Area (AEPA), visiting the Brazilian mainland for a help-yourself buffet at the sea’s edge and then made landings on two small islands in Baie Norte that are home to small fortresses built in the mid-18th Century.  Although no dolphins were seen, a particular aim of the excursion (click here), Magnificent Frigatebirds Fregata magnificens flying overhead and roosting on palm trees as well as Capybaras Hydrochoerus hydrochaeris (the largest living rodent) acting as lawn mowers around the Fortaleza de Santa Cruz on Ilha de Anhatomirim and Fortaleza de Santo Antônio on Ilha de Ratones Grande were highlights of an enjoyable day. The two island fortresses are part of a suite of 19 coastal fortresses (“Brazilian Fortresses Ensemble”) which was placed on Brazil's Tentative List for World Heritage status in 2015. 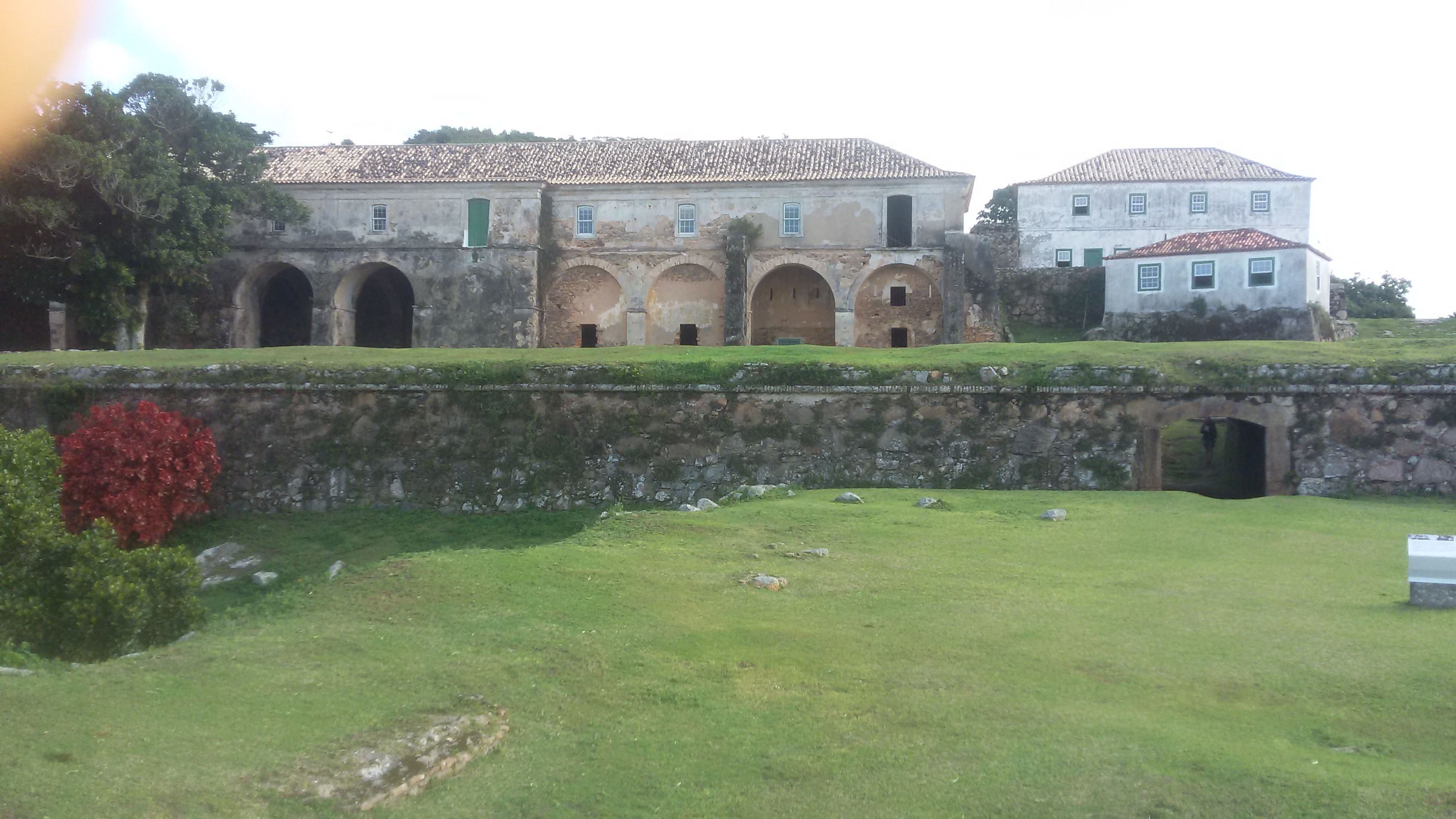 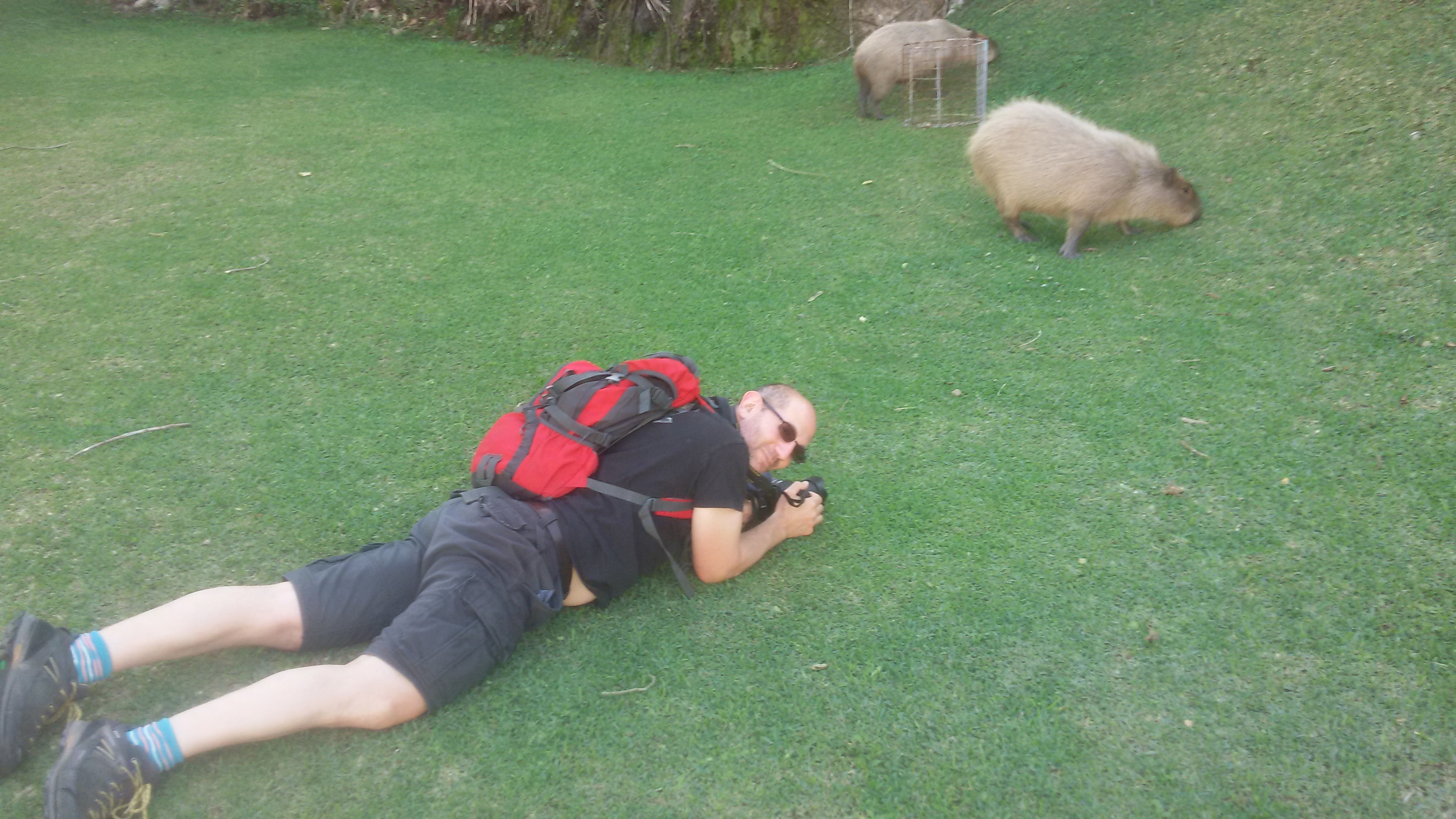 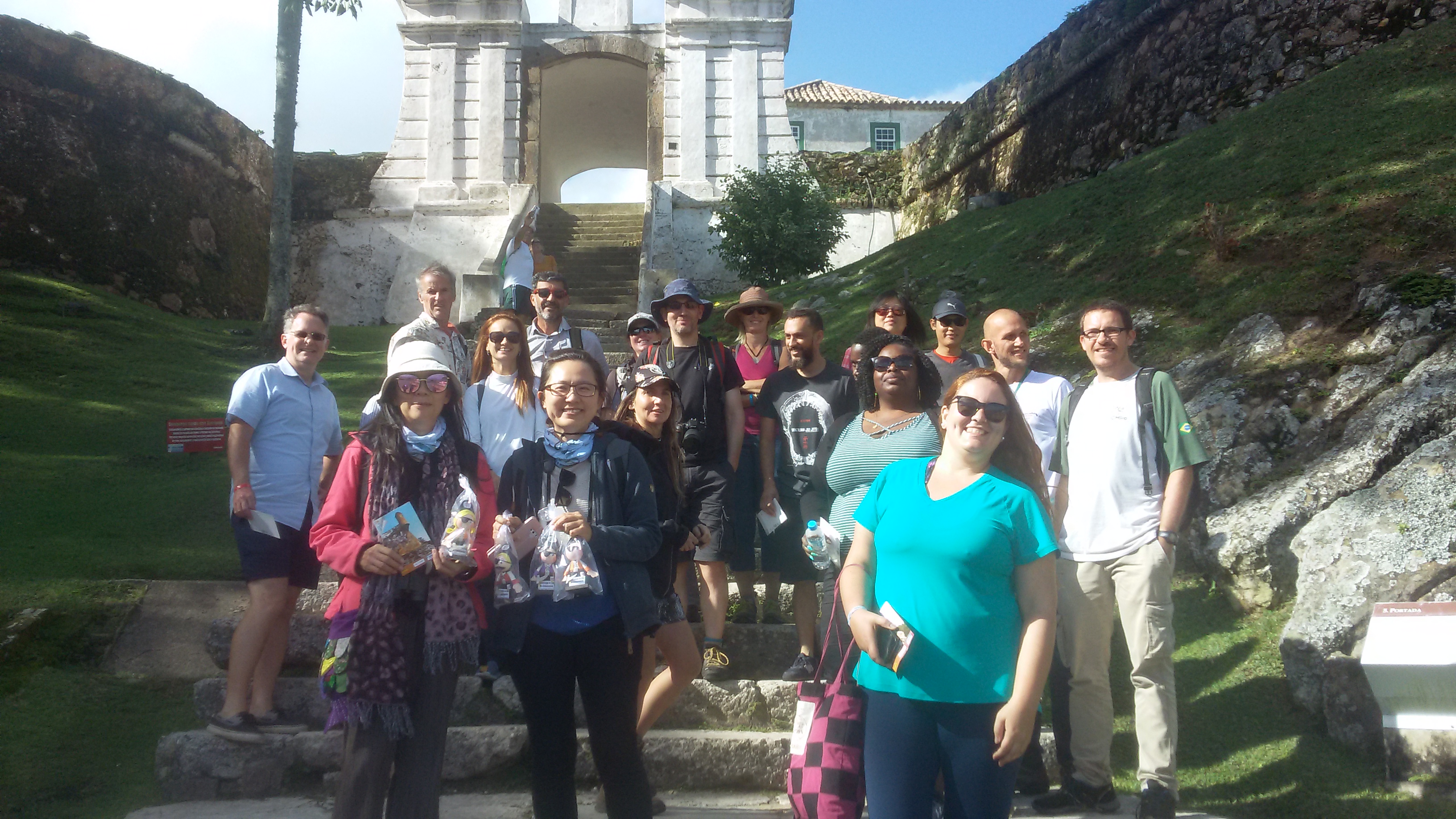 A day's break: the excursion party on the entrance steps to the Fortaleza de Santa Cruz 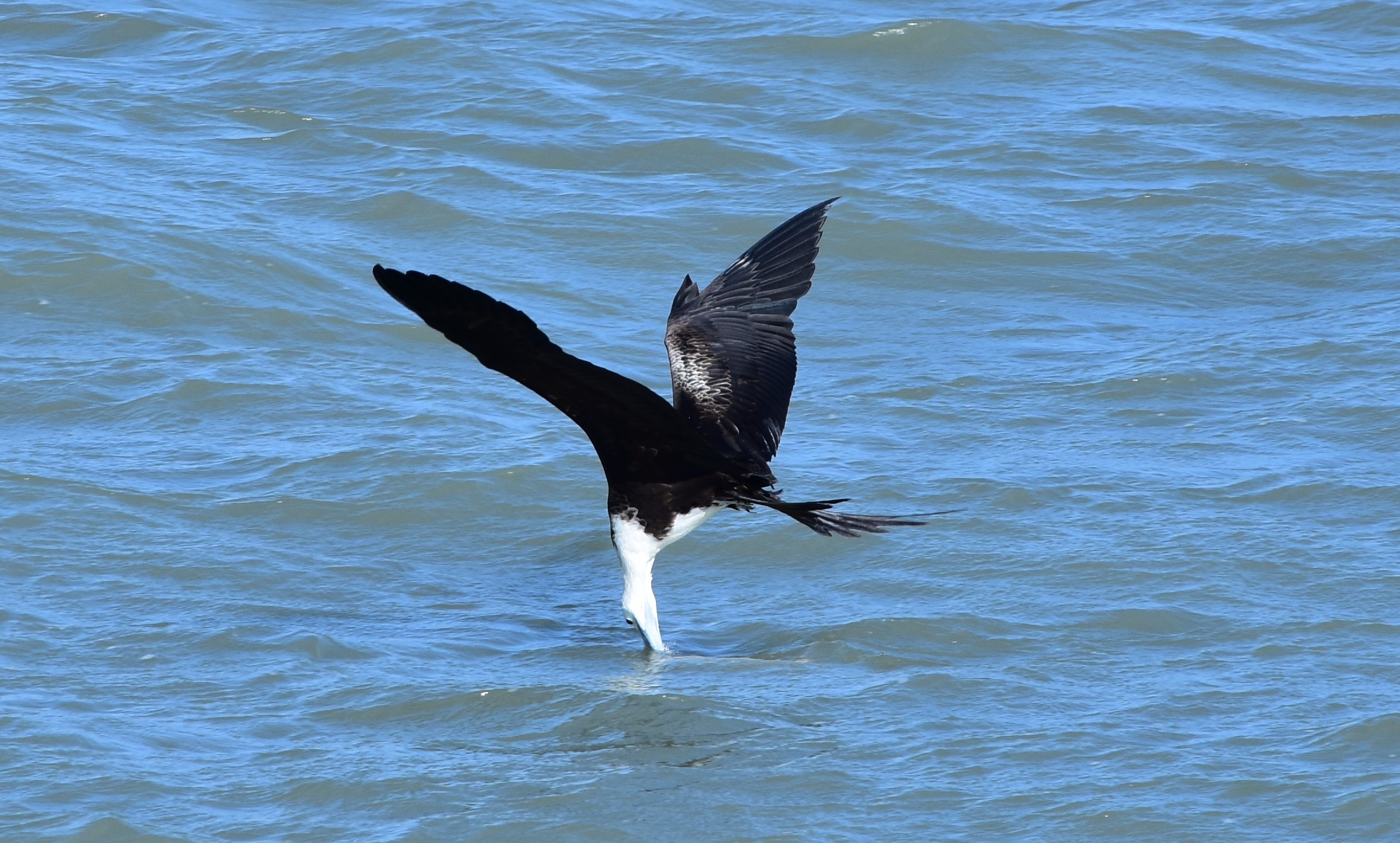 A juvenile Magnificent Frigatebird tries to seize a food item while staying on the wing, photograph by Richard Phillips

With grateful thanks to Patricia Pereira Serafini for arranging and helping to guide the outing, and to all ACAP’s Brazilian colleagues for so efficiently hosting this year's ACAP meetings in the delightful surroundings of a sub-tropical beach resort.