UPDATE:  The tracked birds have been travelling in a north-easterly direction and are starting to pass the southern tip of Africa - and Cape Town where ACAP's Information Officer lives.  One bird has flown over 10 700 km as of 10 June.  Access the regularly updated tracking map here. 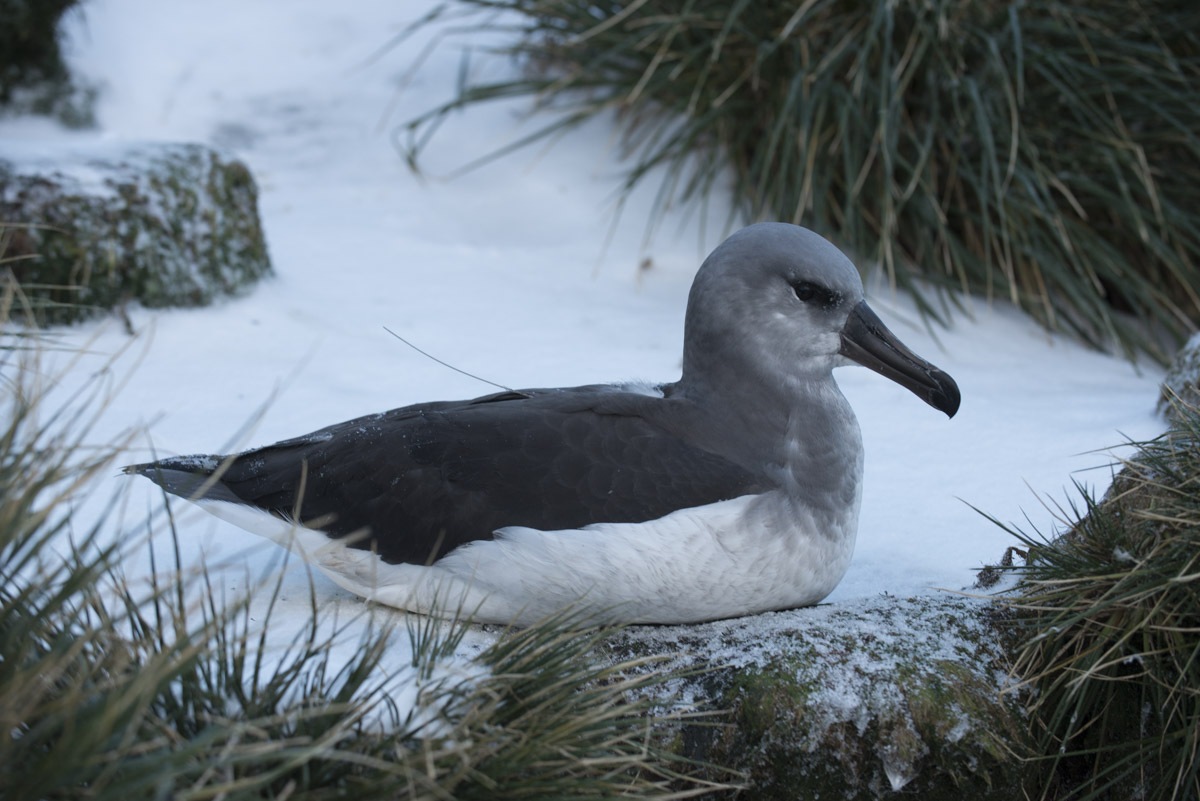 A Grey-headed Albatross chick from the 2018 Bird Island cohort.  The satellite tracker's aerial can be seen. Photograph by Derren Fox

ACAP meetings in Brazil this and last week heard of research conducted on 16 globally Endangered Grey-headed Albatross Thalassarche chrysostoma chicks close to fledging fitted with PTTs (“Platform Transmitter Terminals” or satellite trackers) at Bird Island, South Georgia/Islas Georgias del Sur* in the South Atlantic during May last year.  The Bird Island population is an ACAP Priority Population for study as it is currently considered to be declining in size with annual survival rates of juveniles lower than expected.  One bird flew across the southern Indian Ocean past New Zealand into the Pacific Ocean, travelling a total of 49 604 km when last recorded on 12 December 2018 (see also abstract at PaCSWG5 Inf 19).

“There are records from observers on board fishing vessels that immature birds are killed in pelagic longline fisheries in some areas that are not used regularly by nonbreeding adults. In addition, circumstantial evidence suggests that because of the population decline there may have been a density-dependent increase in predation by giant petrels [Macronectes sp.] of juvenile grey-headed albatrosses both as they fledge and in the few days immediately thereafter when they often rest on the sea close to the island.

For these reasons, there is an urgent need to:

The work is therefore continuing with another 16 Grey-headed Albatross chicks fitted with trackers over 11/12 May this year; five of these have now fledged.  The juveniles are being tracked in near real-time with a duty cycle of eight hours on and 43 hours off.  As of today the longest distance travelled by one of these five is 1572 km, in a north-easterly direction.    Read more and access the regularly updated tracking map here.

With thanks to Richard Phillips and Andy Wood for information and Derren Fox for the photograph.