The “Hookpod-mini”: a new mitigation measure for reducing seabird bycatch gets discussed by ACAP

The paper appeared on line just in time to be mentioned at today's meeting of ACAP's Seabird Bycatch Working Group (SBWG9) in Floreanopolis, Brazil, when it was mentioned that some resistance to the use of hookpods by fishers in the absence of on-board observers had been experienced.  The SBWG has still to consider the Hookpod-mini as a recommended best-practice measure.  In the meantime research on hookpods that release hooks at 20-m depth is about to commence in Brazilian waters, funded by an ACAP Small Grant (ACAP 2018-05) entitled "Hookpod for seabirds and sea turtles: looking towards a multi-taxa approach for reducing bycatch in pelagic longlines". The project is being led by Dimas Gianuca of Projeto Albatroz.  A progress report for this project may be found in AC11 Inf 02.

“Hookpods are an emerging technology designed to reduce seabird bycatch in pelagic longline fisheries.  Hookpod-minis were trialled in the New Zealand surface longline fishery in 2016-2017 during short-term experimental (20 longline sets) and longer-term operational (110 longline sets) trials. Two sets of experimental trials were conducted. The first compared snoods fitted with Hookpod-minis with a tori line to unweighted snoods with a tori line. The second compared snoods fitted with Hookpod-minis as a stand-alone mitigation measure to weighted snoods in combination with a tori line. All gear, across both trials, was set at night. Operational trials compared snoods fitted with Hookpod-minis and tori lines to standard mitigation requirements for unweighted gear and tori lines, with all gear set at night. Both sets of trials demonstrated that Hookpod-minis fit easily into fishing operations, do not reduce target species catch rate, and may reduce seabird bycatch to low levels. Our findings suggest that Hookpod-minis as a stand-alone mitigation measure are as effective, or more effective, than current bycatch mitigation measures including the combination of line weighting and tori lines.”

See an earlier report on the Hookpod-mini here. 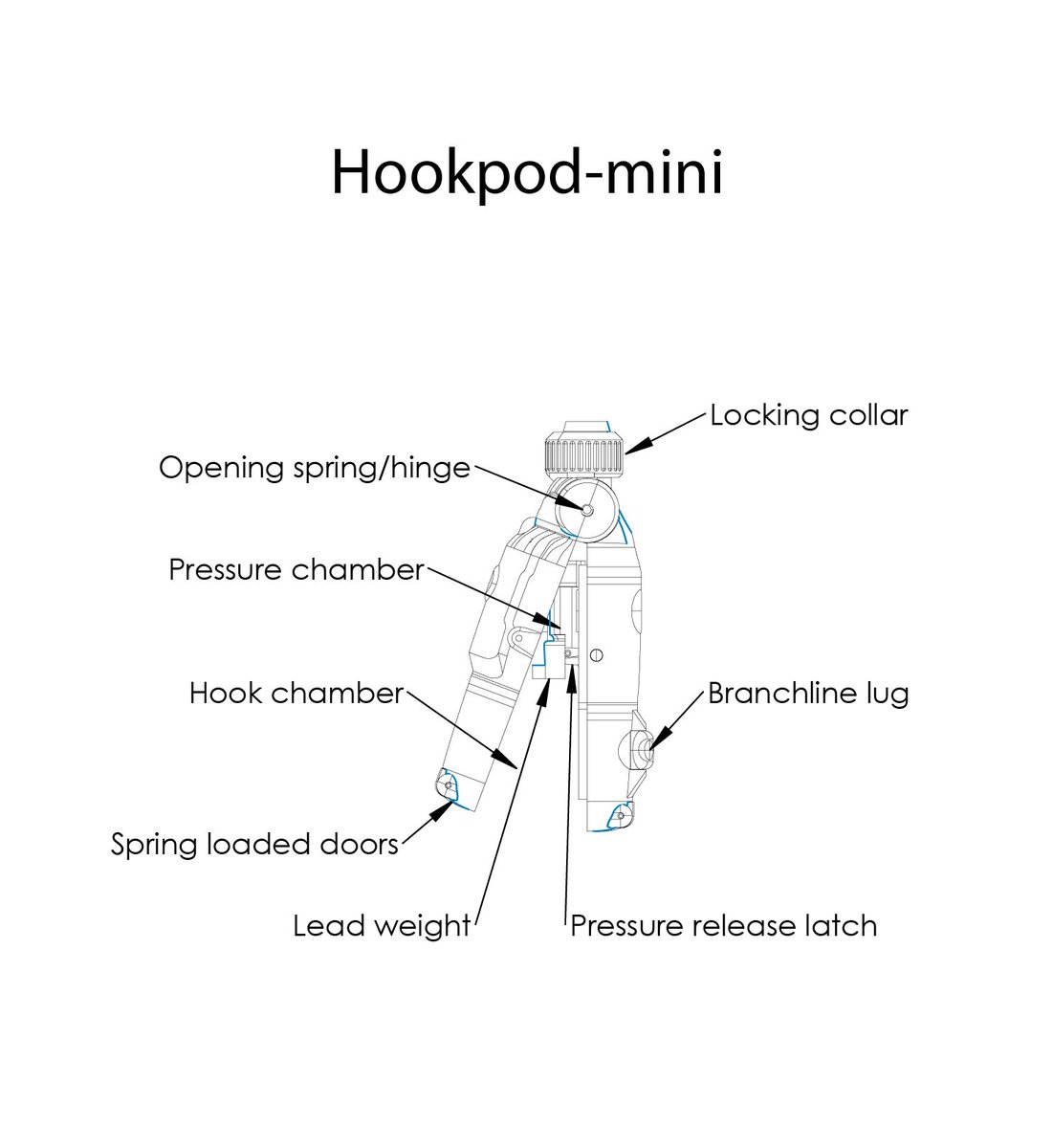