A juvenile mollymawk albatross Thalassarche sp. in an emaciated state was taken into care by Wildbase, a wildlife health service attached to the School of Veterinary Science at Massey University in New Zealand’s Palmerston North on 15 April this year.

The young bird (considered most likely a Globally and Nationally Vulnerable Campbell Albatross T. impavida from photographs seen by Colin Miskelly, Curator Vertebrates, Museum of New Zealand Te Papa Tongarewa) was found some 60 km inland from the nearest sea in Greytown on New Zealand’s North Island.  Over 12/13 April strong southerly winds of up to 47 km/h in the region may have contributed to the bird being blown inland.  On arrival at Wildbase it weighed only 1300 g, in comparison with healthy adult Campbell Albatrosses that weigh around three kilograms.  Despite treatment (oral and intravenous rehydration, feeding by tube and being placed in an incubator) the albatross died overnight on the 16/17th. 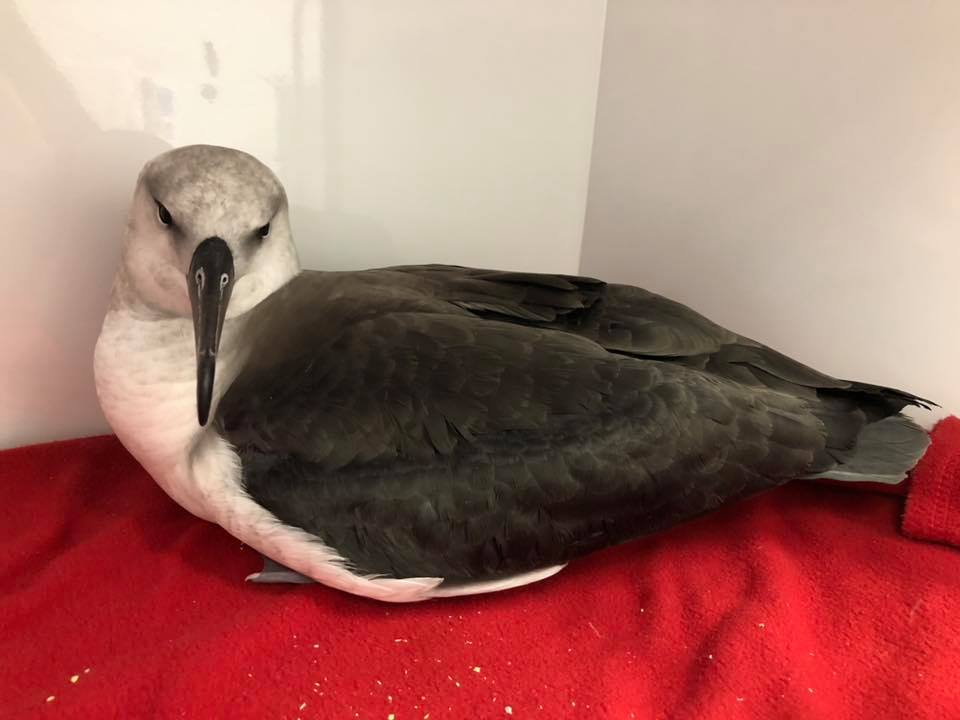 The juvenile albatross in captivity at Wildbase 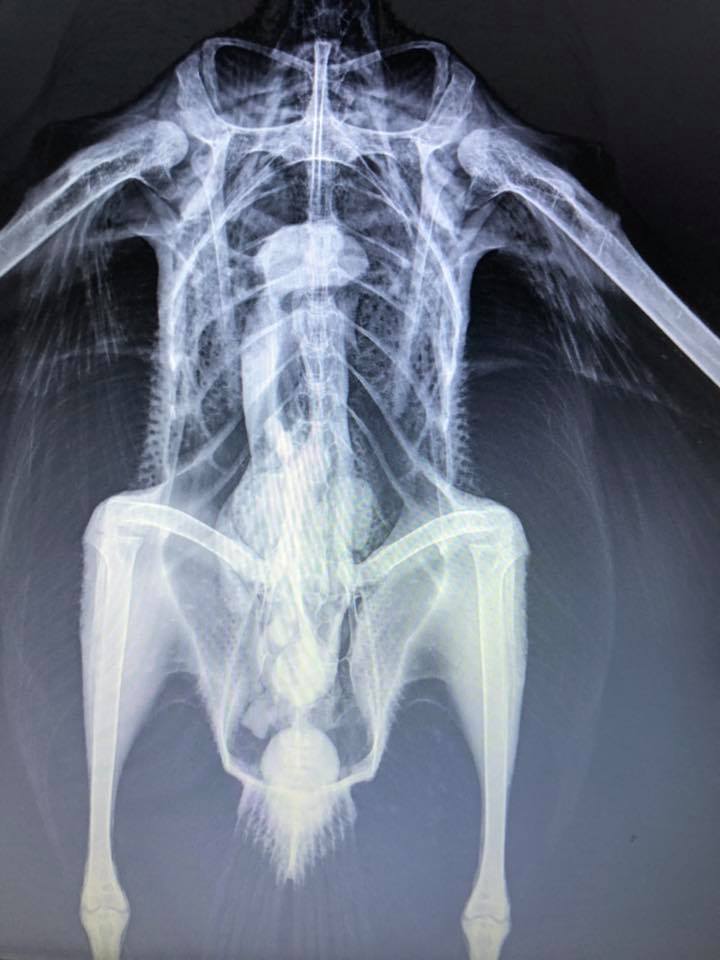 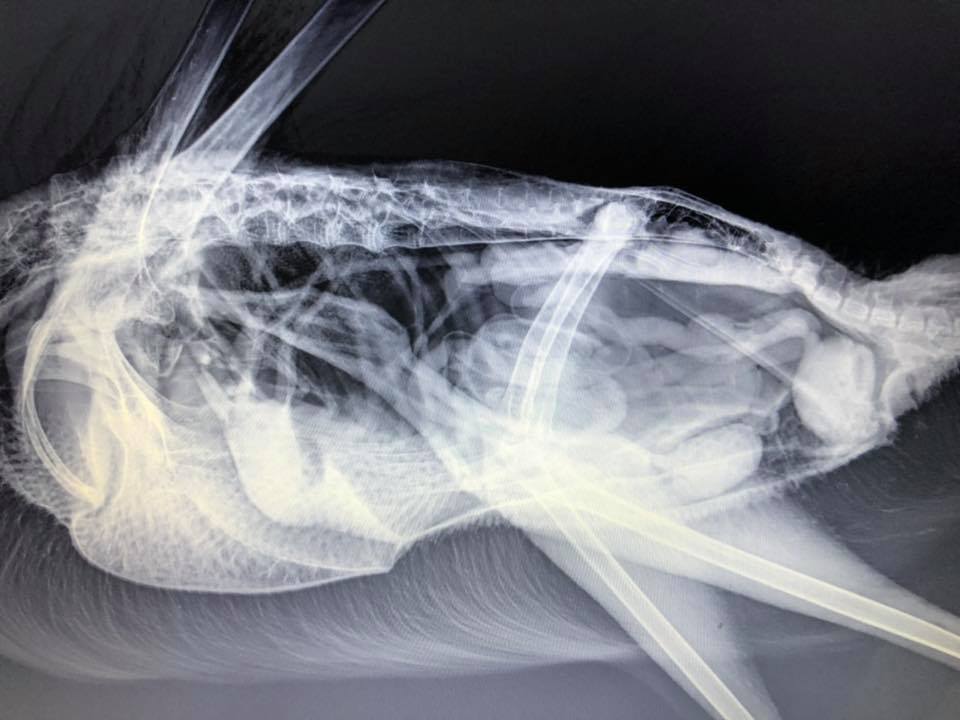 Lateral X-ray of the albatross 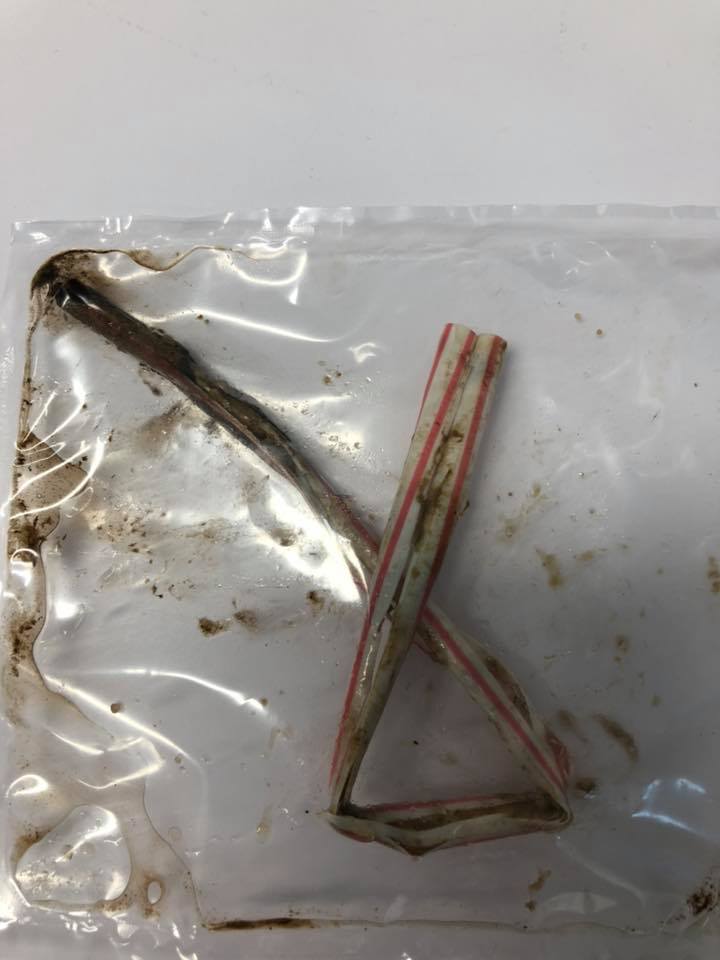 “It unfortunately died despite our efforts.  It was emaciated and in a very poor state … The [plastic] straw (photographed) was a find on post mortem - which you may be able to make out in the oesophagus of the lateral X-ray”.

Wildbase has also written to ACAP Latest News: “We see emaciated young albatross around this time each year and we now are actively looking for ingested plastics as they are hard to identify on X-ray. We have been using the gastroscope to check the stomach of these birds and often remove bits of plastic.”

Ingestion of plastic items by many albatross species has been regularly recorded, most notably by the Laysan Albatross Phoebastria immutabilis of the North Pacific.  Plastic fed to chicks by their parents may be regurgitated in a bolus (along with squid beaks and other indigestible items) prior to fledging.  The albatross, probably having only recently left Campbell Island (the sole breeding site for Campbell Albatrosses where fledging occurs from mid-April to early May), may have been fed the straw by a parent prior to it fledging, or it may have picked it up from the sea surface and swallowed it itself.

Plastic straws appear to be rarely recorded as having been swallowed by southern hemisphere albatrosses.  A previous record covered by ACAP Latest News is of a Grey-headed Albatross T. chrysostoma washed up dead on an Australian shore which contained a straw as well as fragments of latex balloons (click here).

Globally, campaigns have started against the use of single-use plastic straws, many of which end up at sea once discarded (click here).  If successful, perhaps not too many more albatrosses will die from them.

With thanks to Pauline Nijman, Wildbase Technician Supervisor and Colim Miskelly, for information and photographs.