Kelly Hare (School of Graduate Research, The University of Waikato, Hamilton, New Zealand) and colleagues have published open access in the Journal of the Royal Society of New Zealand on seven New Zealand plant and animal species with decreasing populations that are deemed “intractable”  to conservation, including the Flesh-footed Shearwater Ardenna carenepeis (globally Near Threatened but nationally Vulnerable).

“Global biodiversity loss is accelerating at an alarming rate. While considerable effort and resources have gone into conservation management for many threatened species in New Zealand (NZ), some species are still ‘losing the battle’ despite much effort, and others have been ignored altogether. Here, we present seven case studies to illustrate the breadth of complex, often ambiguous, threats faced by taxa in NZ. These threats originate from the effects of agriculture and harvesting, irreversible habitat modification and loss, impediments to connectivity, disruption of parasite–host relationships, introduced species and susceptibility to disease, and are further exacerbated by complexities of political and legal inertia, low prioritisation and limited conservation funding. We outline the conservation challenges and identify advances needed to meet NZ's long-term conservation goals. The next 30 years of conservation require new tools in order to protect especially those ‘intractable’ species that have thus far defied efforts to ensure their survival.” 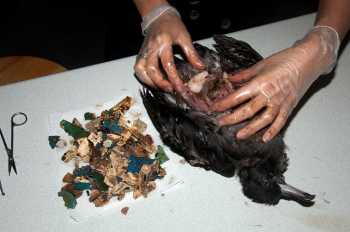 Read a popular article on the paper here.