Wildlife Management International (WMIL), a New Zealand-based environmental NGO, runs a long- term research project has been following the fortunes of a breeding colony of c. 400 pairs of the New Zealand-endemic Black Petrel Procellaria parkinsoni since the 1995/96 breeding season.  The 35-ha study colony is centred around the summit of Mount Hobson/Hirakimata on Great Barrier Island/Aotea in North Island’s Hauraki Gulf (click here).

News of the current breeding season of the globally and nationally Vulnerable Black Petrel or Takoketai comes from WMIL’s Facebook page:

“With the birds in the middle of their incubation period the team is trying to complete a vast number of tasks. This includes identifying all the parents dutifully siting on eggs as part of a 25 year long demographic study tracking adult survival and longevity. Recovering [Global Location Sensing] devices deployed last May to provide data on the migration during the non-breeding season – so far we have 40 of 50 devices back. Undertaking dozens of transects through the dense forest to work out a population estimate in the key breeding range and attaching tiny GPS [Global Positioning System] trackers to adults to determine the foraging range of breeding birds during incubation. So an exceptionally busy field trip, with some important research objectives.” 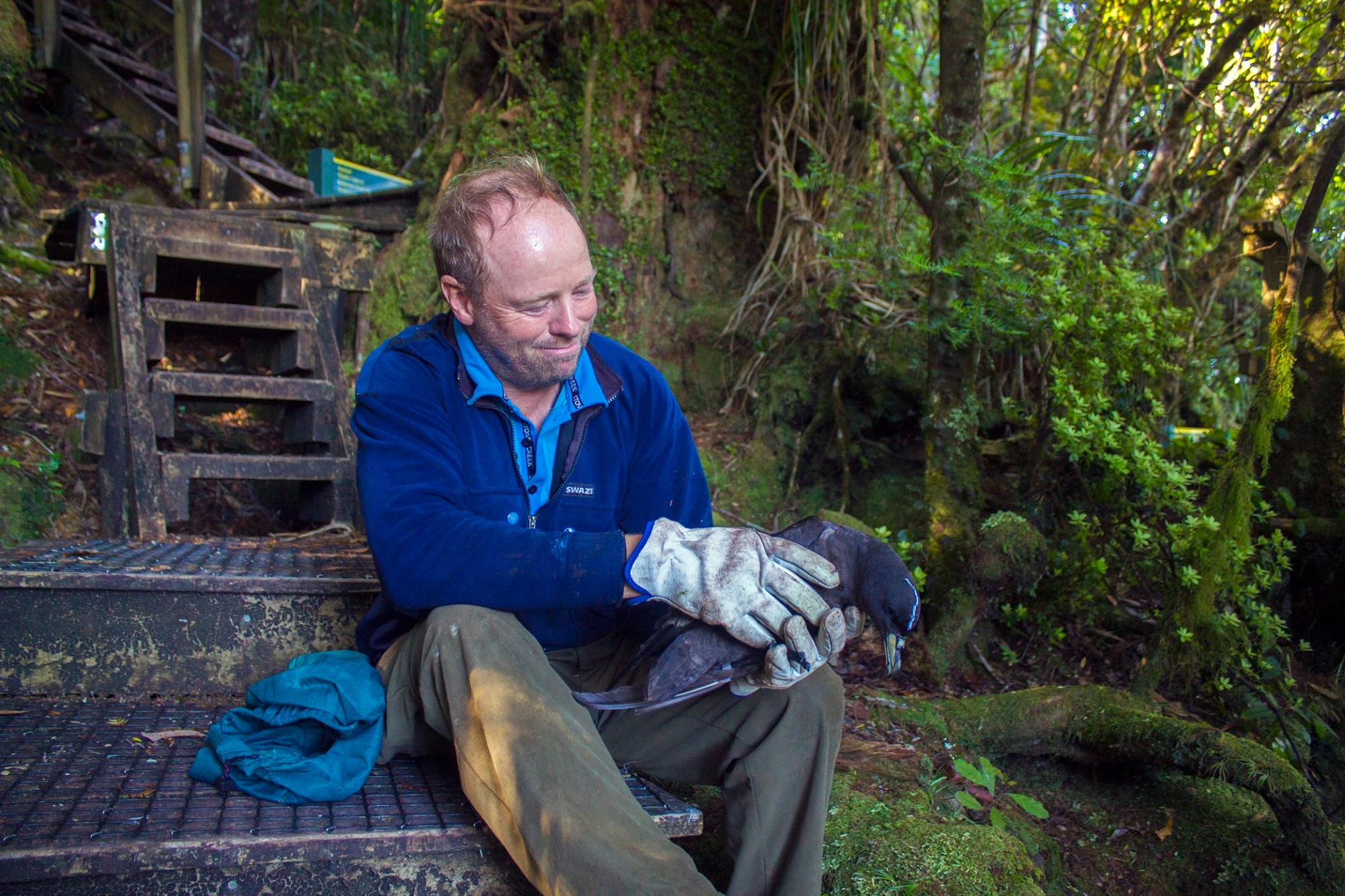 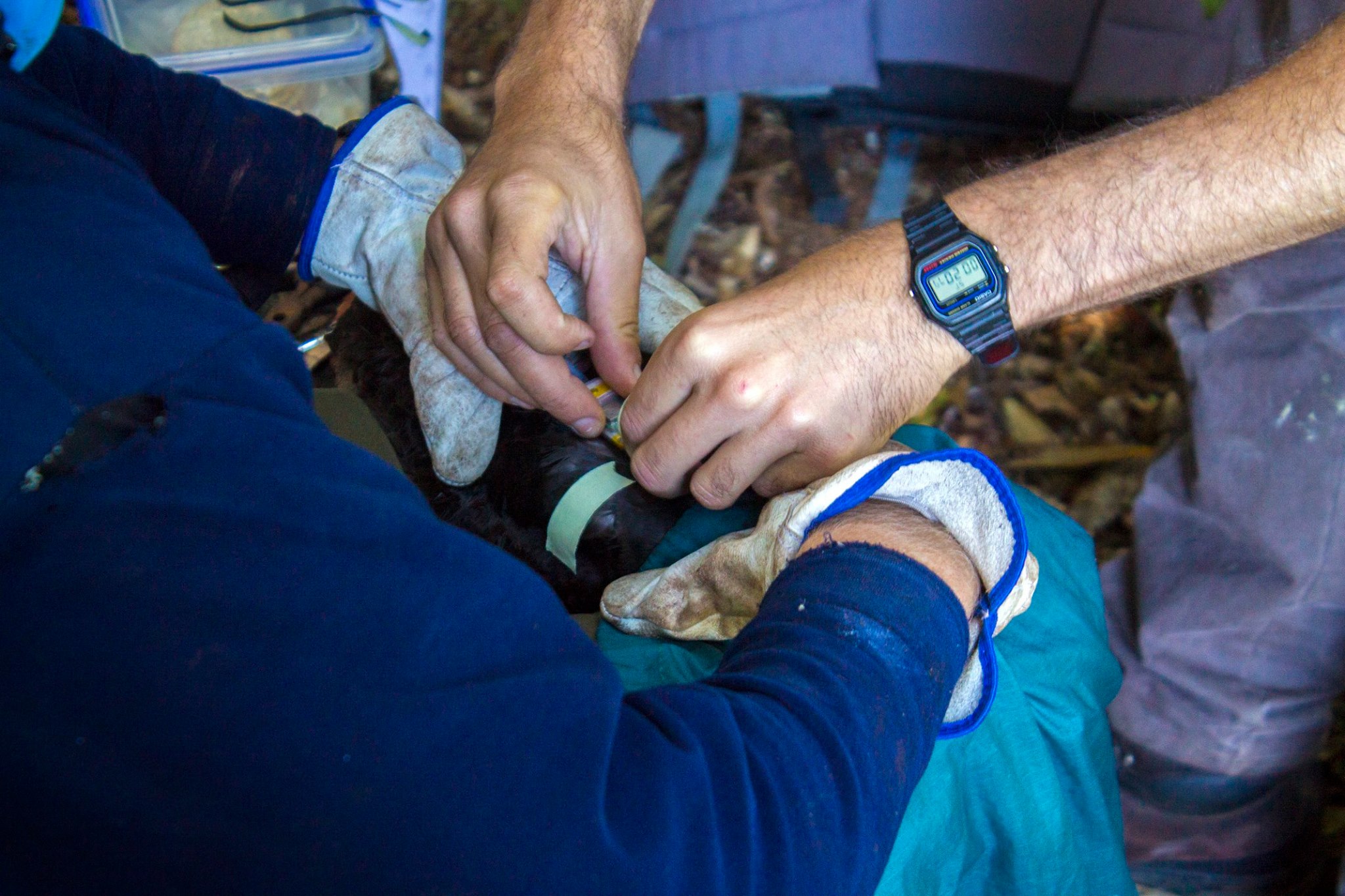 Darren Lees and the WMIL field team attach a GPS device to a breeding Black Petrel on Mount Hobson, photographs by Gareth Parry

Elizabeth 'Biz' Bell, Senior Ecologist, Wildlife Management International, expands on and updates the above in correspondence with ACAP Latest News:

"The WMIL team have just returned from Aotea/Great Barrier Island where they have been working on the takoketai/black petrel in our longest running seabird research project completed on behalf of Ngati Rehua, DOC and MPI. The team spent all of January at the study colony during the birds’ incubation and early chick rearing period completing a wide range of tasks. They identified 94% of all the parents dutifully sitting on eggs as part of the 24-year demographic study tracking adult survival and longevity. They also recovered 46 GLS devices, as well as recapturing two birds who had lost their devices at sea, out of 50 that were deployed last May to provide data on the migration during the non-breeding season. The team completed 80 transects through the dense forest in the high-quality takoketai habitat to work out a population estimate in the key breeding range. Fifty GPS trackers were deployed on adults to determine the foraging range of breeding birds during incubation. So an exceptionally busy field trip, with some important research objectives. Now the team are back in the office getting into the task of analysing the massive amounts of data and preparing the subsequent reports and papers."

With thanks to 'Biz' and Mike Bell, Wildlife Management International and Gareth Parry (who bumped into the WMIL team on Hirakimata/Mount Hobson).