Wisdom, the Laysan Albatross Phoebastria immutabilis who is the world’s oldest known wild bird, has returned once more to the Midway Atoll National Wildlife Refuge in the USA’s North Western Hawaiian Islands for the 2018/19 breeding season.  She was first seen on the atoll’s Sand Island on 29 November, subsequently laying an egg which was seen to be hatching on 27 January.

Wisdom (Red Z333) and her colour-banded mate Akeakamai ("Love of Wisdom") have been returning to the same nest site on Midway Atoll each year since at least 2016.  Wisdom was first banded as an adult on Midway in 1956, and is considered to be at least 68 years old, factoring in the age of maturity for the species (click here). 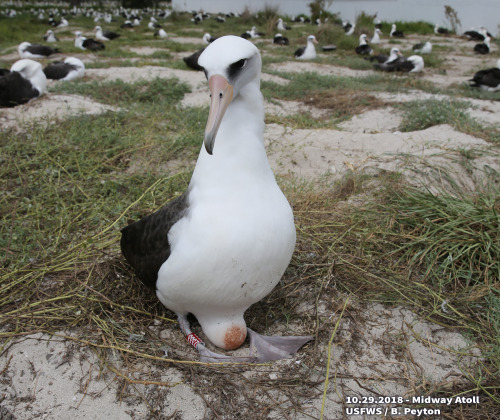 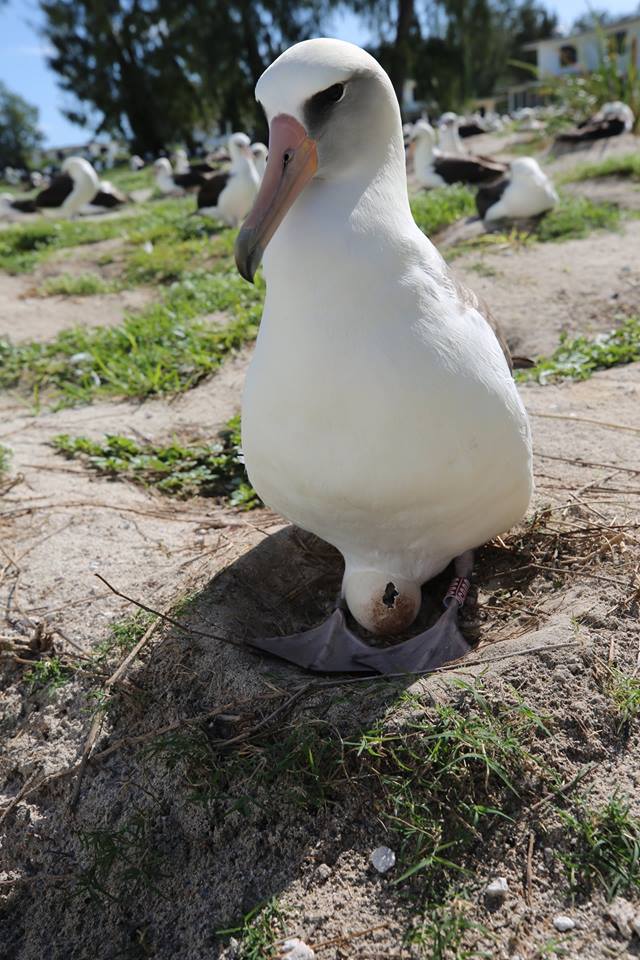 Wisdom over her hatching egg, January 2019 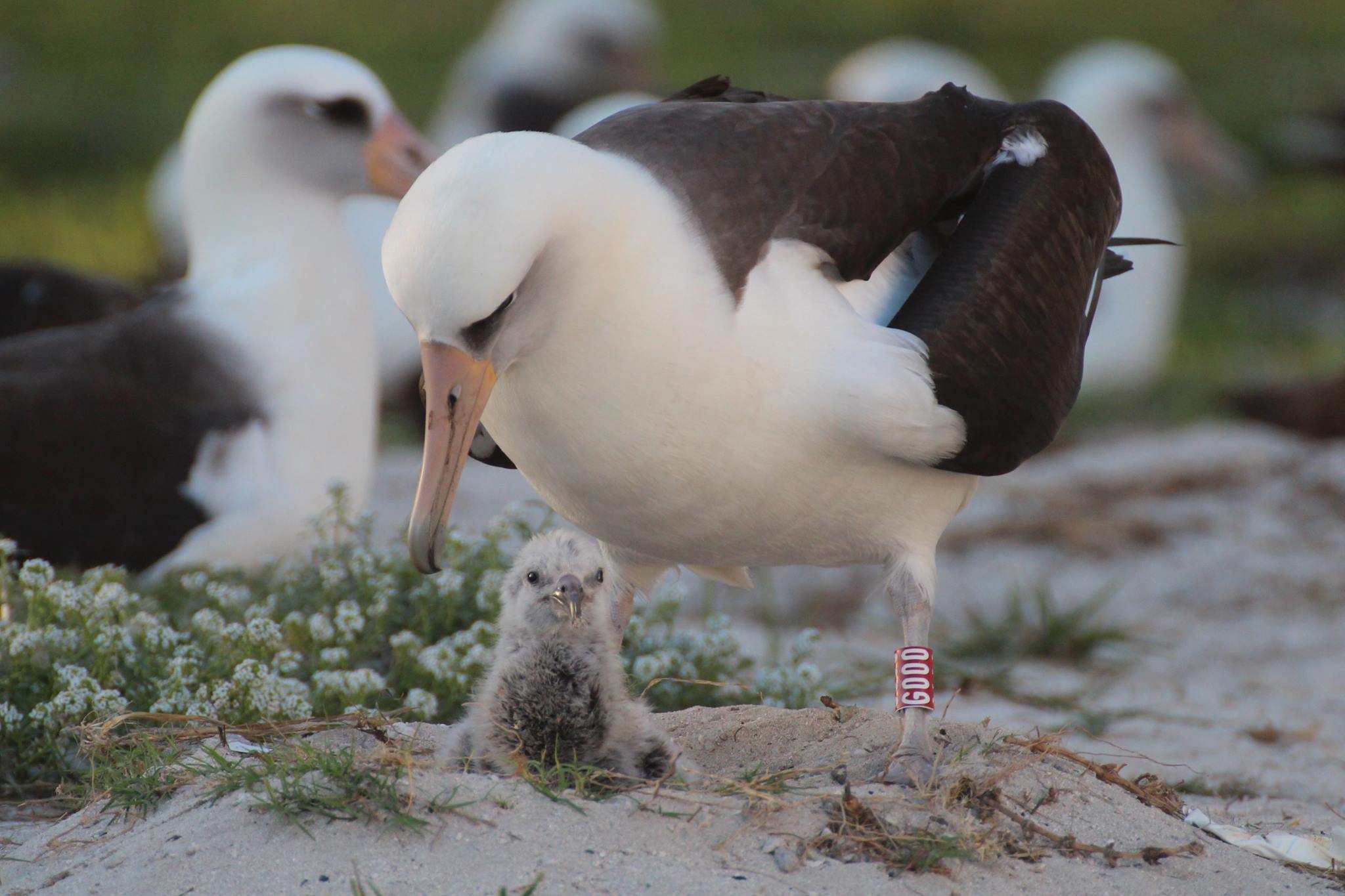 Wisdom's mate, Akeakamai and their 2019 chick