Adiós Marco. ACAP says goodbye to one Executive Secretary and welcomes another

Starting today, the ACAP Secretariat has a new Executive Secretary as Christine Bogle from New Zealand takes up the position.  Friday last week was the last day in office for the outgoing Executive Secretary, Marco Favero of Argentina. 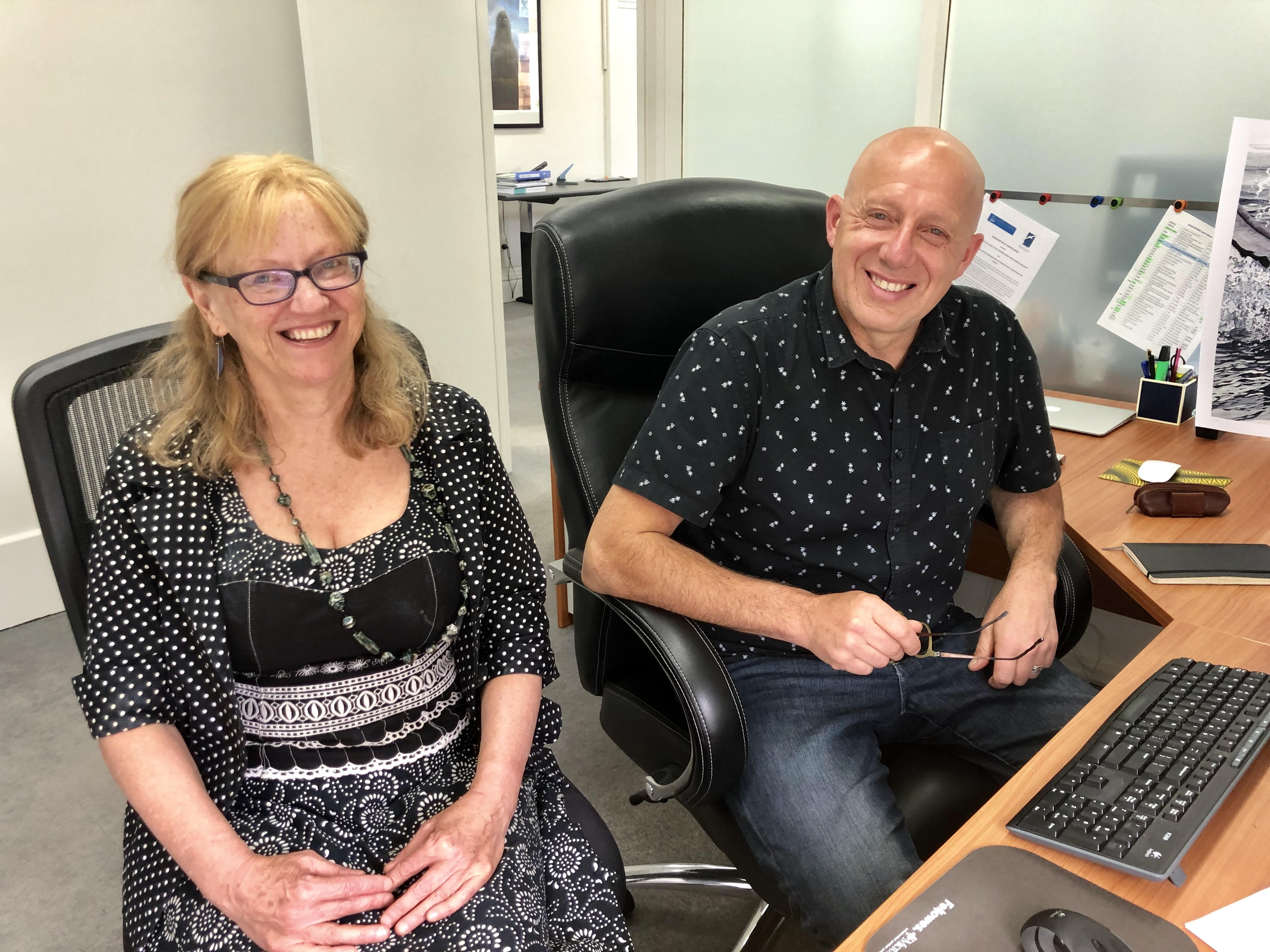 Marco, ACAP’s second Executive Secretary, in his last day in the Secretariat’s offices in Hobart took the time to write to ACAP National Contact Points, Chief Officers and Secretariat staffers saying “It has been a privilege to serve ACAP during the last three years in the Secretariat, and during the previous nine years as Chair of the Advisory Committee. I truly believe in our Agreement and the great value of the actions we undertake to improve the conservation status of albatrosses and petrels.  I would like to take this opportunity to say thanks to all of you supporting the Agreement as well as my work in the Secretariat. This weekend I will fly back to Argentina to resume my work in the National Research Council, hoping to remain engaged with the Agreement from another place.”

ACAP thanks Marco for his service to ACAP and to the conservation of albatrosses and petrels.  As a token of their appreciation his grateful colleagues presented him on his last day in Australia with a 100 x 80-cm signed, limited-edition print of award-winning Hobart-based nature artist Katherine Cooper’s 2015 painting of two Shy Albatrosses Thalassarche cauta entitled “Out to Lunch”.  Fittingly, the globally Near Threatened species is a Tasmanian endemic, given that the ACAP Secretariat is based in Tasmania’s state capital city. 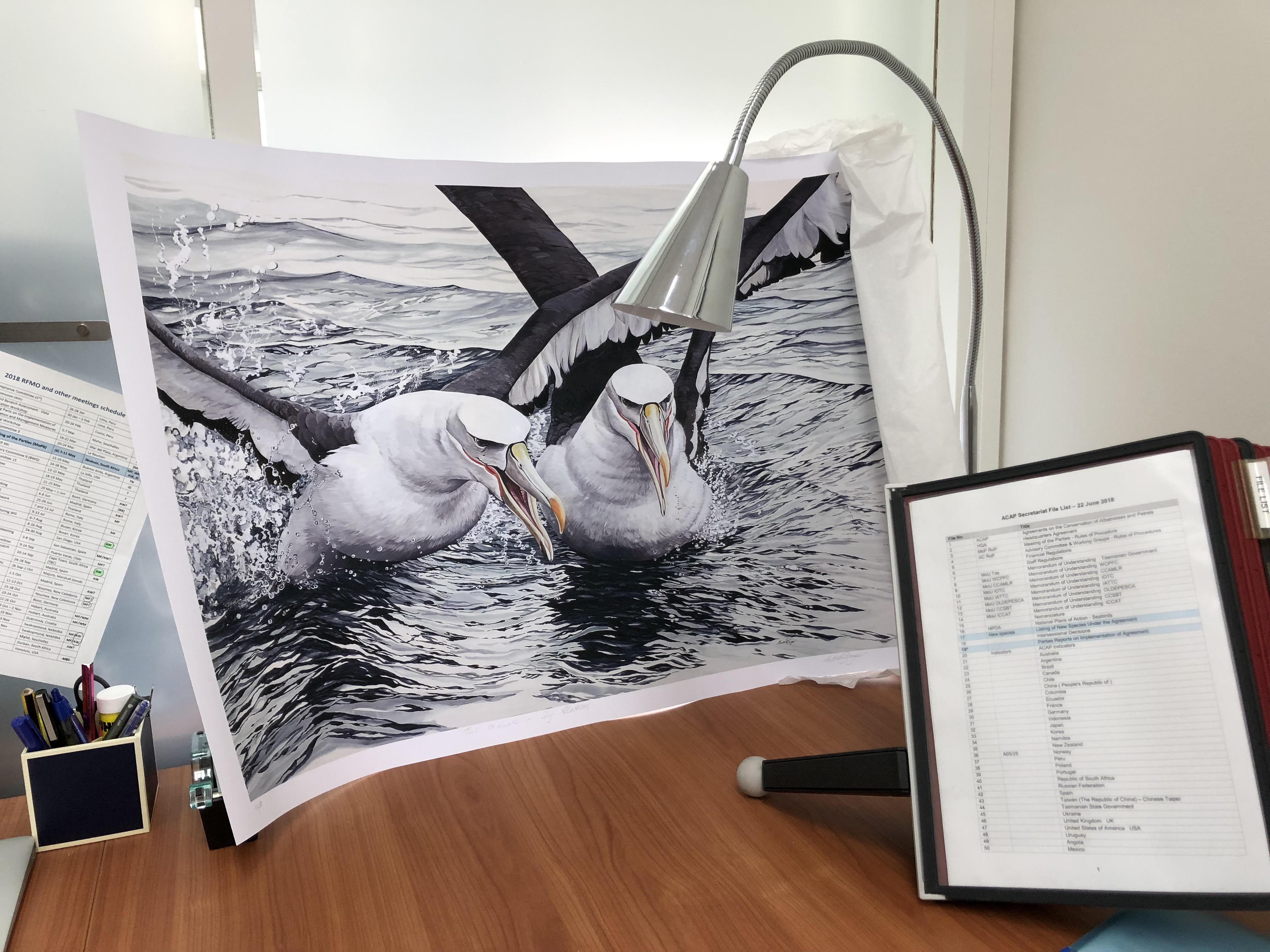 "Out to Lunch" by Kathy Cooper; Marco Favero's farewell gift

With the next meeting of ACAP to be held in Brazil next year, it is expected that Marco Favero’s presence will not be wholly lost to ACAP and that he will be able to continue to contribute to the conservation of albatrosses and petrels in his new role with Argentina’s National Scientific and Technical Research Council (Consejo Nacional de Investigaciones Científicas y Técnicas, CONICET).  Hasta luego, Marco!

In the meantime ACAP looks forward to working with its third Executive Secretary in the years ahead.