Saving Hawaiian seabirds from powerline collisions with a laser fence

The Kaua'i Endangered Seabird Recovery Project is working to reduce powerline collisions of three species of threatened seabirds on the Hawaiian island of Kauai by developing the Wildlife Laser Fence. The fence creates a visual barrier which seabirds then divert up and over, thus avoiding collision with the power lines.

The summary of a recent posting by the KESRP follows:

“Two major threats to birds worldwide are collisions with power lines and disorientation caused by artificial light sources. This is especially true on the island of Kauaʻi, where both power lines and artificial lights are a serious threat to the three endangered and endemic seabirds, the Newell’s Shearwater, Hawaiian Petrel, and Band-rumped Storm-Petrel. These seabirds are vulnerable to colliding with power lines when they make frequent nocturnal flights from the sea to their montane breeding colonies and back again. The young of these species are particularly vulnerable to grounding when they become disoriented by artificial lights on their maiden voyage out to sea.

The Underline Monitoring Project (UMP), which is a sub-project within KESRP, has multiple related research avenues: 1) determine where and to what extent seabirds hit power lines or are grounded by lights, 2) identify environmental and behavioral predictors of power line collision and grounding, and 3) conduct experiments testing the efficacy of minimization strategies.” 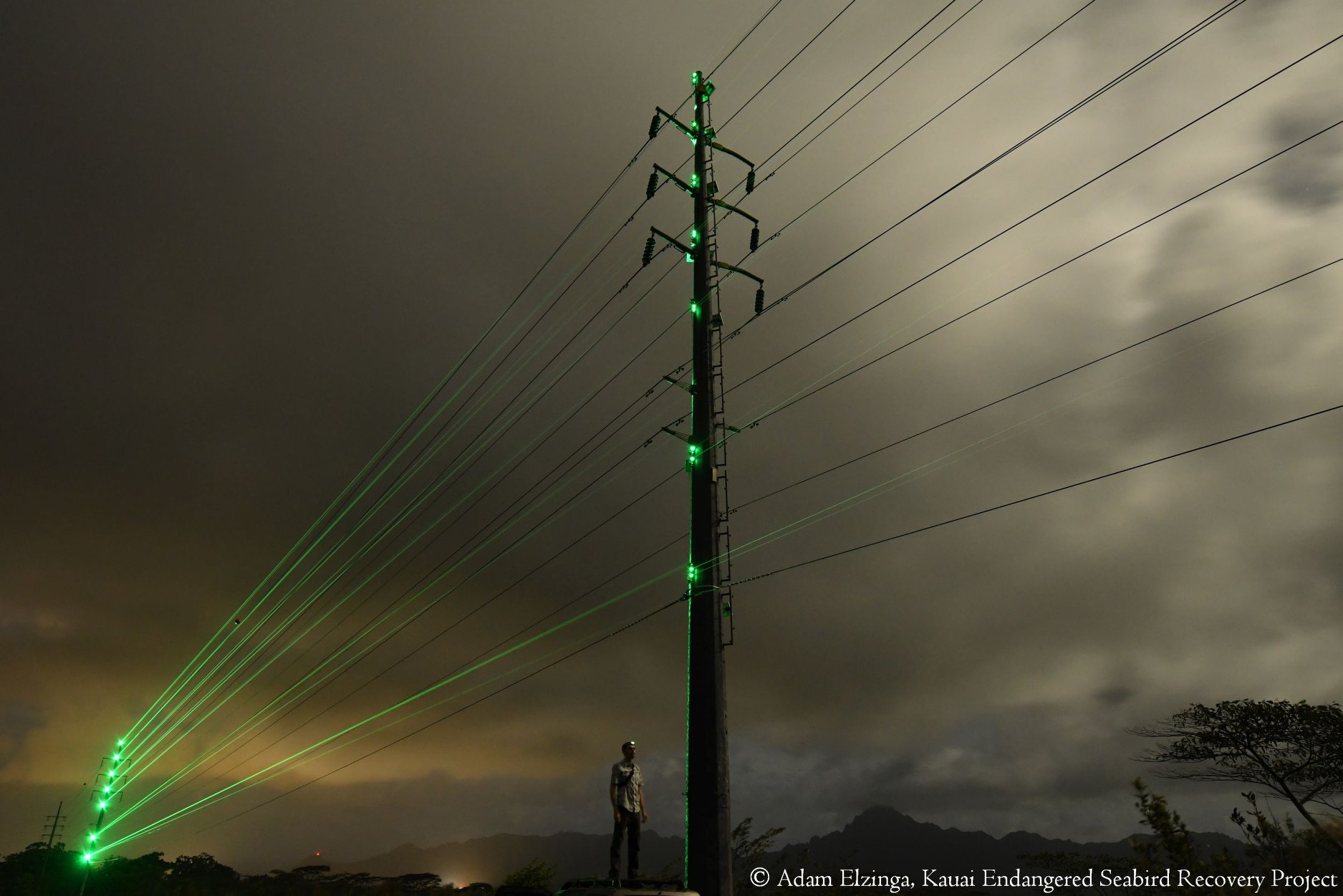 Brief descriptions of the methods used to achieve the three overarching goals are described  here.