On 22 June 2012 several dogs ran through two of the larger privately-owned Laysan Albatross Phoebastria immutabilis colonies on the Hawaiian island of Kauai and killed eight chicks and injured five more a few days before they were ready to fledge.  The dogs were probably domestic pets that had been allowed to run loose; the colonies attacked were not fenced (click here).

The five injured chicks were taken into care by Save Our Shearwaters, a multispecies rehabilitation effort of the Kauai Humane Society.  Four of the birds were eventually released.  Two (A432 - which required anaesthesia and suturing of its wounds - and A441) have since been re-sighted on Kauai (click here).  A432 (thought to be a female) as a four-year old found a partner (K855) during the 2016/2017 breeding season and laid an egg during the 2017/2018 season – in a fenced site.  The chick (H679) hatched from this egg has now successfully fledged. 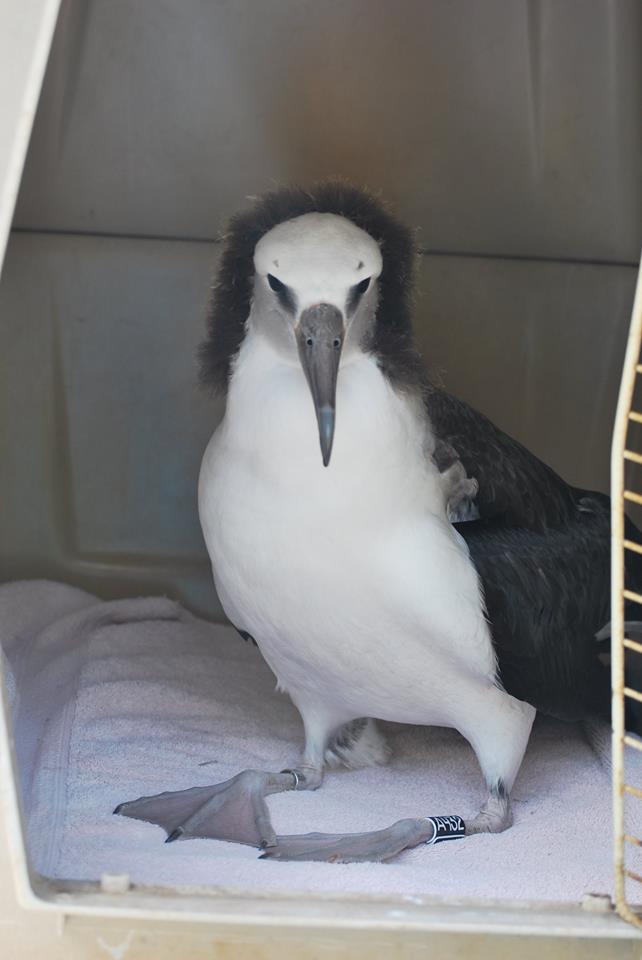 A432 under rehabilitation as a chick after being attacked by dogs in 2012, photograph by Save our Shearwaters 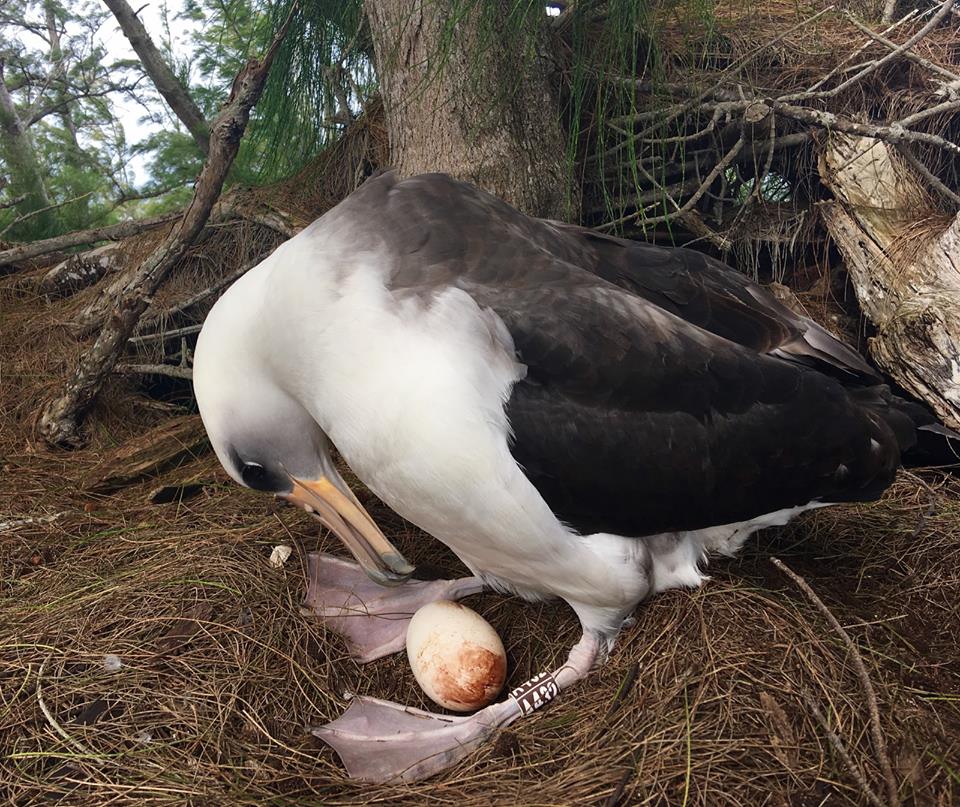 A432 checks its first egg in the2017/08 breeding season, photograph by Hob Osterlund 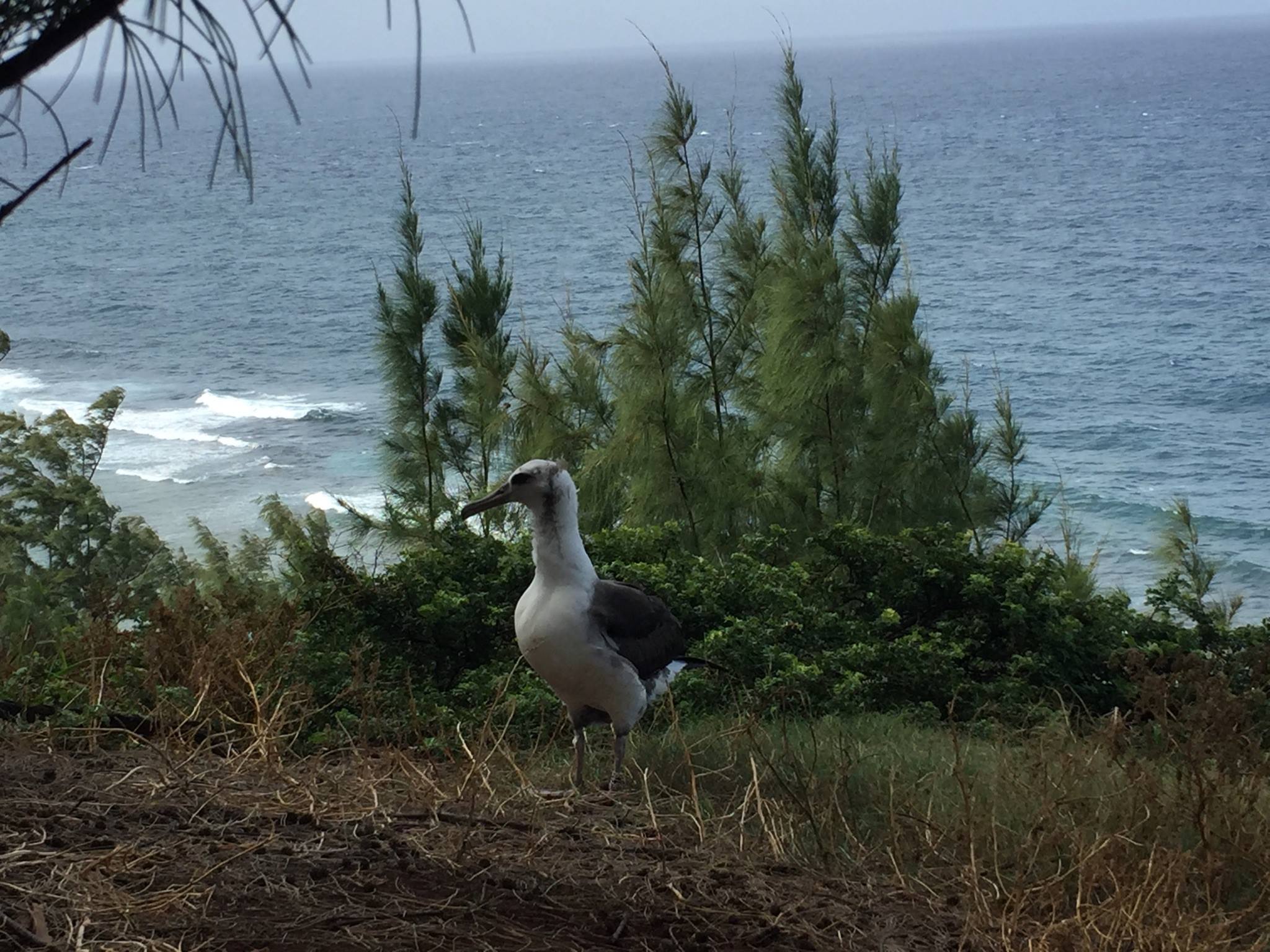 Information from the Save our Shearwater’s Facebook page and previous postings.

Read more about attacks by dogs on Laysan Albatrosses, and other seabirds, on Kauai here.