Penguin Island forms part of the South Shetland Islands lying off the Antarctic Peninsula. It lies close to the southern coast of King George Island in front of the side of King George Bay. It is an oval-shaped ice-free island 1.4 km wide and 1.7 km long. The island is an old volcano no longer active. Its cone is the 170-m high Deacon Peak, which slopes gently down to a landing beach. 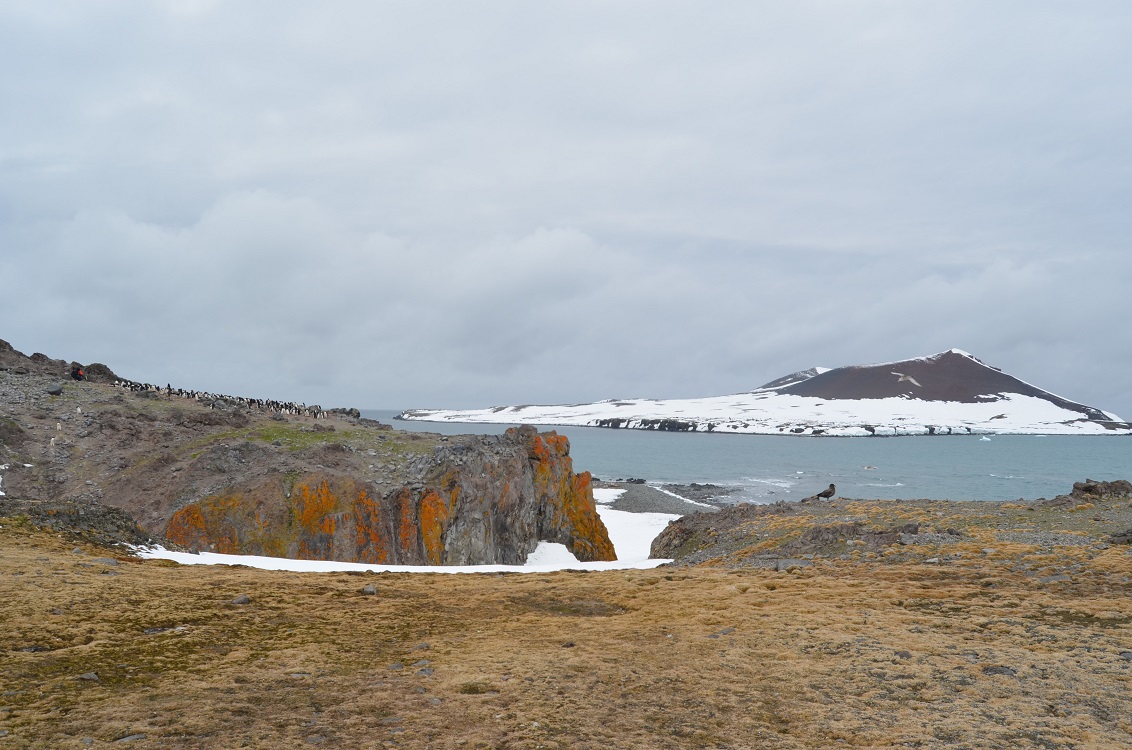 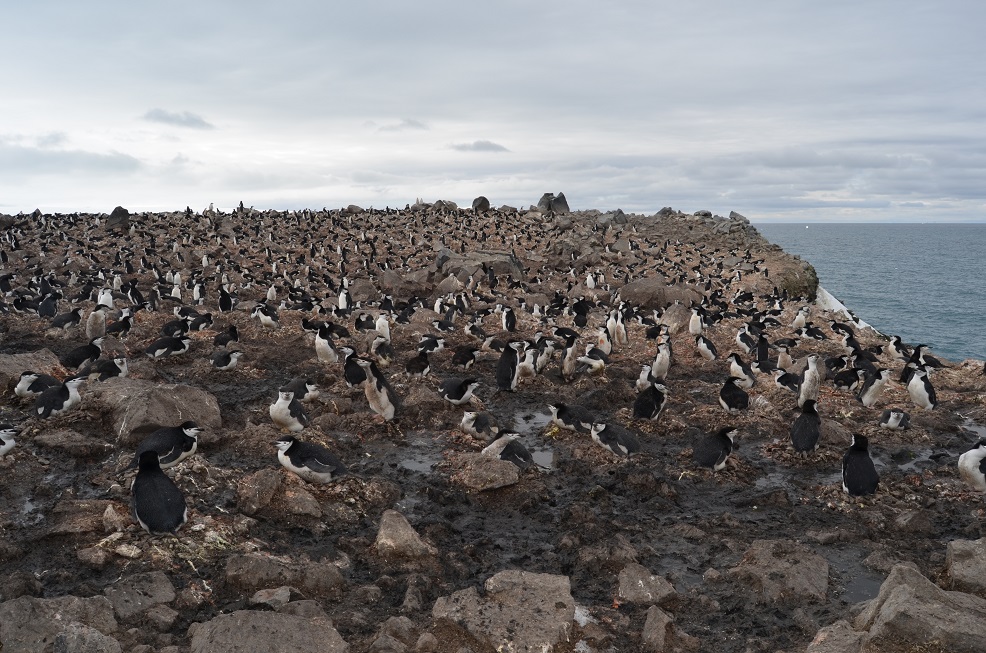 The Southern Giant Petrel Macronectes giganteus is the only ACAP-listed species breeding on Penguin Island. Breeding grounds are located on sloping terrain made up of lichens, mosses, vascular plants and scree among irregular formations of volcanic origin above low cliffs close to the sea. Most nests in small groups or singly are located in the north-east of the island, facing Turret Point (ALSA Breeding Site No. 89) on King George Island. 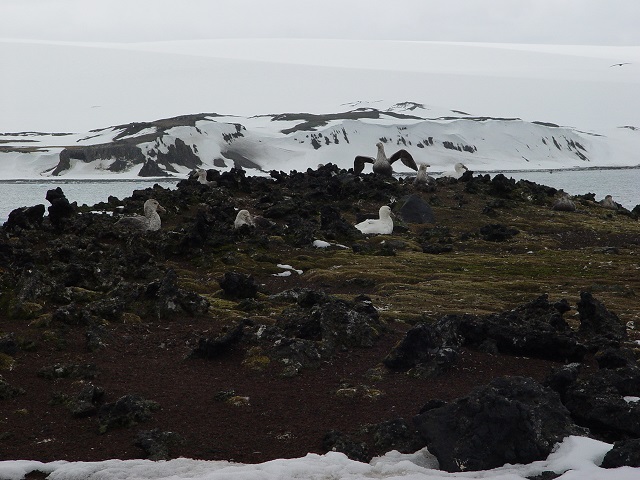 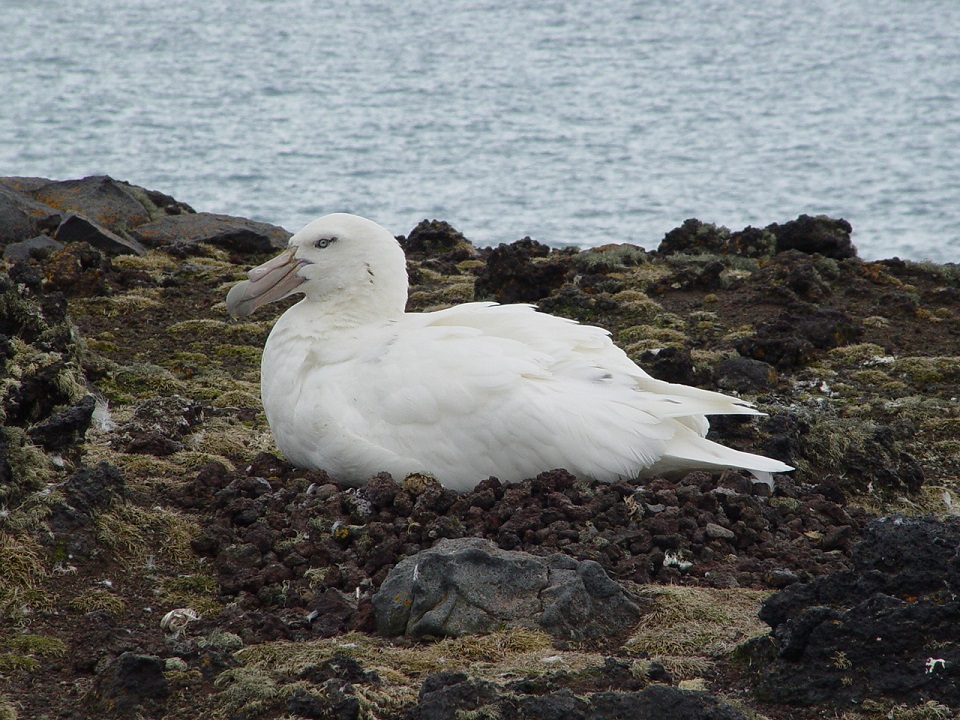 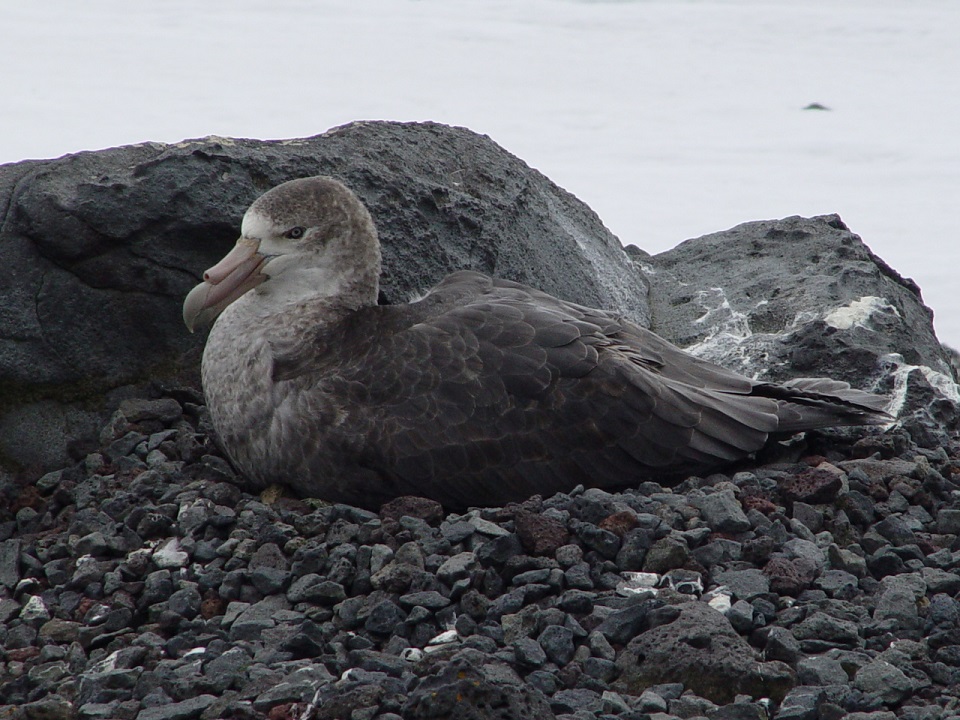 A Southern Giant Petrel on its pebble nest on Penguin Island 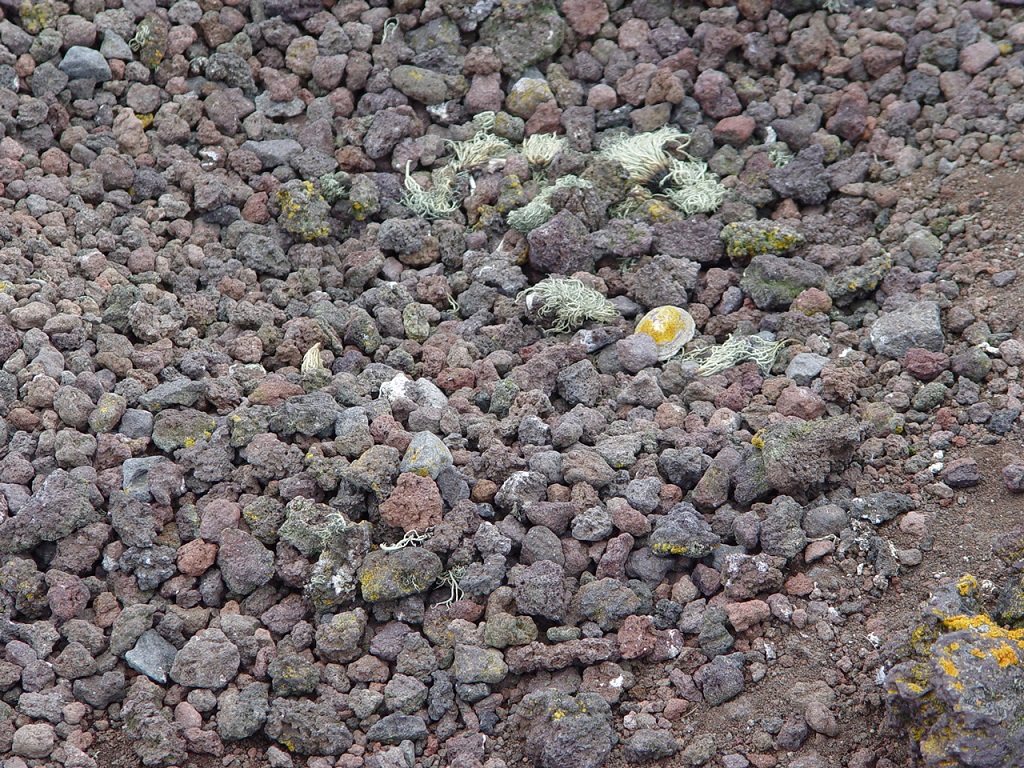 Population censuses of Southern Giant Petrels made by Brazilian researchers from the Universidade do Vale do Rio dos Sinos show inter-annual variation in breeding pair numbers, with only 138 pairs in 2011/12 (on 10 December) (another count is of 288 pairs recorded in 2012) and 418 pairs in the 2012/13 season (on 10 December).  Earlier censuses by the Antarctic Site Inventory from 1997/98 to 1999/2000 ranged from 439 to 634 occupied nests, suggesting a population decrease since then.

Tourist visits to the island are managed by a Visitor Site Guide document produced by the Antarctic Treaty System, which provides specific procedures for visitors to follow; three giant petrel breeding sites are closed to visitors with a 50-m precautionary distance.  Penguin Island was previously classified as an Important Bird Area by BirdLife International, but due to the decline in its Southern Giant Petrel population it no longer qualifies as one and so has been delisted.

With thanks to Patricia Pereira Serafini .

Jablonski, B. 1984. Distribution and numbers of penguins in the region of King George Island (South Shetlands Islands) in the breeding season 1980/1981. Polish Polar Research 5: 17-30.