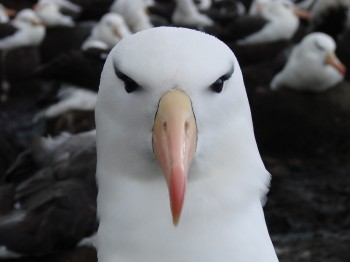 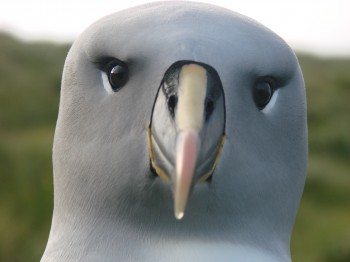 Black-browed Albatrosses hunker down on their nests in strong wind on a Chilean Island, photograph by Graham Robertson

With thanks to Cristián Suazo.