The Vulnerable Yelkouan Shearwater Puffinus yelkouan that breeds through much of the Mediterranean Sea has been identified as a potential candidate for listing within the Albatross and Petrel Agreement.  News is now in that eight new eight marine Important Bird Areas (mIBAs) in the waters around Malta that had been identified by the LIFE+ Malta Seabird Project as significant for the shearwater have now been confirmed by BirdLife International (click here). 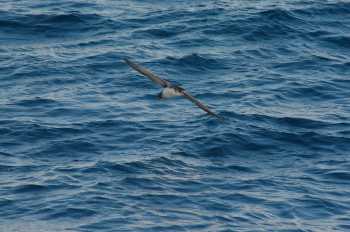 “The eight mIBAs cover a total of 27% of the Maltese Fishing Management Zone (FMZ) which extends up to 25 nautical miles from Malta’s coastline.  The sites were identified based on scientific research including colony size assessments through seabird monitoring and land based observations, standardised vessel-based seabird counts, GPS and GLS tracking of seabirds, and modelling of expected occurrence using oceanographic data.  The sites are used by the three species for foraging and rafting during the breeding season.  The criteria which are the basis of their designation demonstrate their international importance for the three seabird species and the responsibility for Malta to protect them.

These areas provide an essential basis for the Maltese Government to declare as marine protected areas under national and EU law.  Once these areas are designated they will become Malta’s first Marine Specially Protected Areas (SPAs) under the EU Birds Directive and will become part of the EU-wide Natura 2000 network.  This will provide the necessary primary tool for the Maltese government to manage these sites in order to make them more seabird friendly, and ensure the future of Malta’s internationally important seabird populations.”