Two Westland Petrel Procellaria westlandica fledglings have been run over recently on roads near their single breeding site, most likely after striking nearby power wires.

ACAP-listed and Vulnerable Westland Petrels breed at only one locality in the South Island of New Zealand (click here).  They are also at risk to becoming disorientated by bright lights at night, causing them to crash land on roads where they then can become “road kill”.  Fortunately, a fledgling recently downed by lights was caught alive and successfully released to sea from a cliff top, as illustrated below.

A call has been made to switch off or shade outside lights in the vicinity of the breeding site during the fledging season and to pick up and box downed birds for later release. 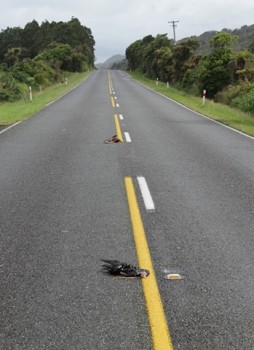 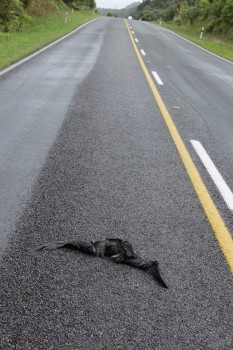 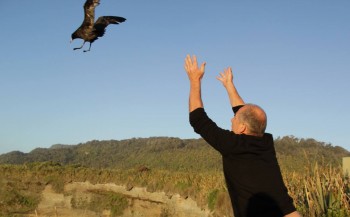 Photographs and information from the Petrel Colony Tours Facebook Page.