An ACAP-listed and Endangered Northern Royal Albatross Diomedea sanfordi has made an unusual flight after recently being found injured off the Kaikoura coast of New Zealand’s South Island.  Air New Zealand gave the bird a free ticket to Wellington in the North Island for specialist treatment by the city zoo’s animal hospital, The Nest Te Kohanga.

The albatross was captured by fishers who thought it had a broken wing.  It was initially treated at VetCARE Kaikoura where it weighed less than 5 kg, below the average of 6 - 9 kg for the species.  X-rays were taken of the damaged wing before it was immobilised with a bandage and given pain relief before being transported. 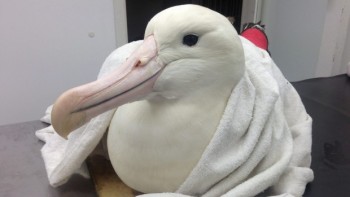 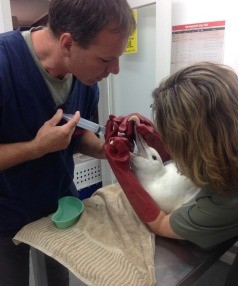 The bird found off Kaikoura is thought likely to be from the Chatham Islands as it did not have any bands that would have identified it as coming from the mainland colony at Taiaroa Head near Dunedin.

Air New Zealand has a partnership with the Department of Conservation for transporting threatened species between regional centres as part of an active recovery programme.