Delegates and Secretariat members will be travelling to Uruguay this weekend to attend the Eighth Meeting of ACAP’s Advisory Committee (AC8) from Monday, 15 September to Friday, 19 September 2014 in Punta del Este.  Meetings of the Population and Conservation Status Working Group (PCSWG) – its second - and the Seabird Bycatch Working Group (SBWG) – its sixth - will be held prior to AC8 from Monday 8 to Tuesday 9 September (PCSWG), and from Wednesday 10 to Friday 12 September (SBWG).

The Advisory Committee meeting will be chaired by Marco Favero (Argentina), the SBWG by Anton Wolfaardt (United Kingdom) and the PCSWG by Richard Phillips (United Kingdom).

Documents and Information Papers for the three meetings are now available for public perusal online on this website (saving for a few which are password-protected for delegates and for which only their abstracts have been made public).  The Advisory Committee will consider any proposals brought forward by Parties to list new species within the Agreement.  Reports on current work programmes and those proposed for the next triennium for both Advisory Committee and Secretariat will also be dscussed.

The committee will also discuss where ACAP will next meet, with the Fifth Session of its Meeting of the Parties due to be held in 2015. 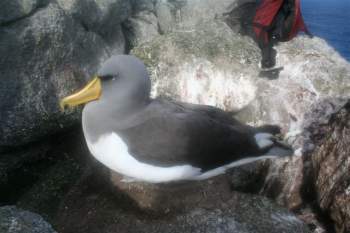 ACAP’s Information Officer will be attending the meetings in support of the Secretariat’s Executive Secretary and Science Officer.  From tomorrow look for daily postings to ACAP Latest News on activities and progress made by ACAP in Punta del Este.

Click here to access the report of the Seventh Meeting of ACAP’s Advisory Committee, held in La Rochelle, France in May 2013.