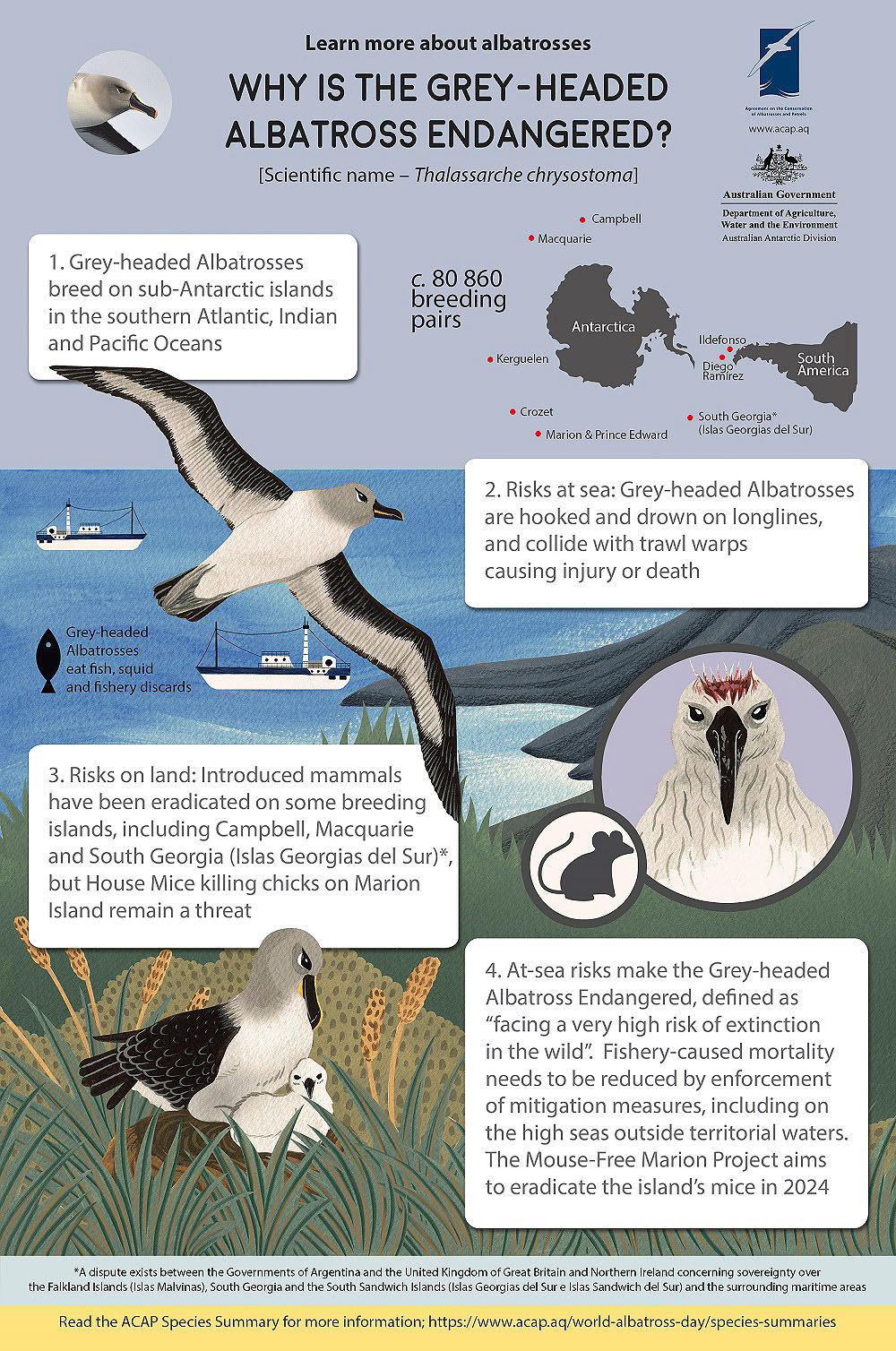 In support of World Albatross Day on 19 June 2021 ACAP released three infographics for the Critically Endangered Tristan Albatross Diomedea dabbenena, Critically Endangered Waved Albatross Phoebastria irrorata and the Vulnerable Wandering Albatross D. exulans.  The last species was co-published with the Mouse-Free Marion Project, with the support of the NGO, BirdLife South Africa.  All three infographics were designed and illustrated by Namasri ‘Namo’ Niumim.  Later in the year a fourth infographic was produced by Namo, this time for the globally Endangered and Nationally Critical Antipodean Albatross D. antipodensis.  This infographic, of a species endemic to New Zealand, was co-published with that country’s Department of Conservation, which covered the costs of its production.  All four infographics are available in English, French and Spanish versions. 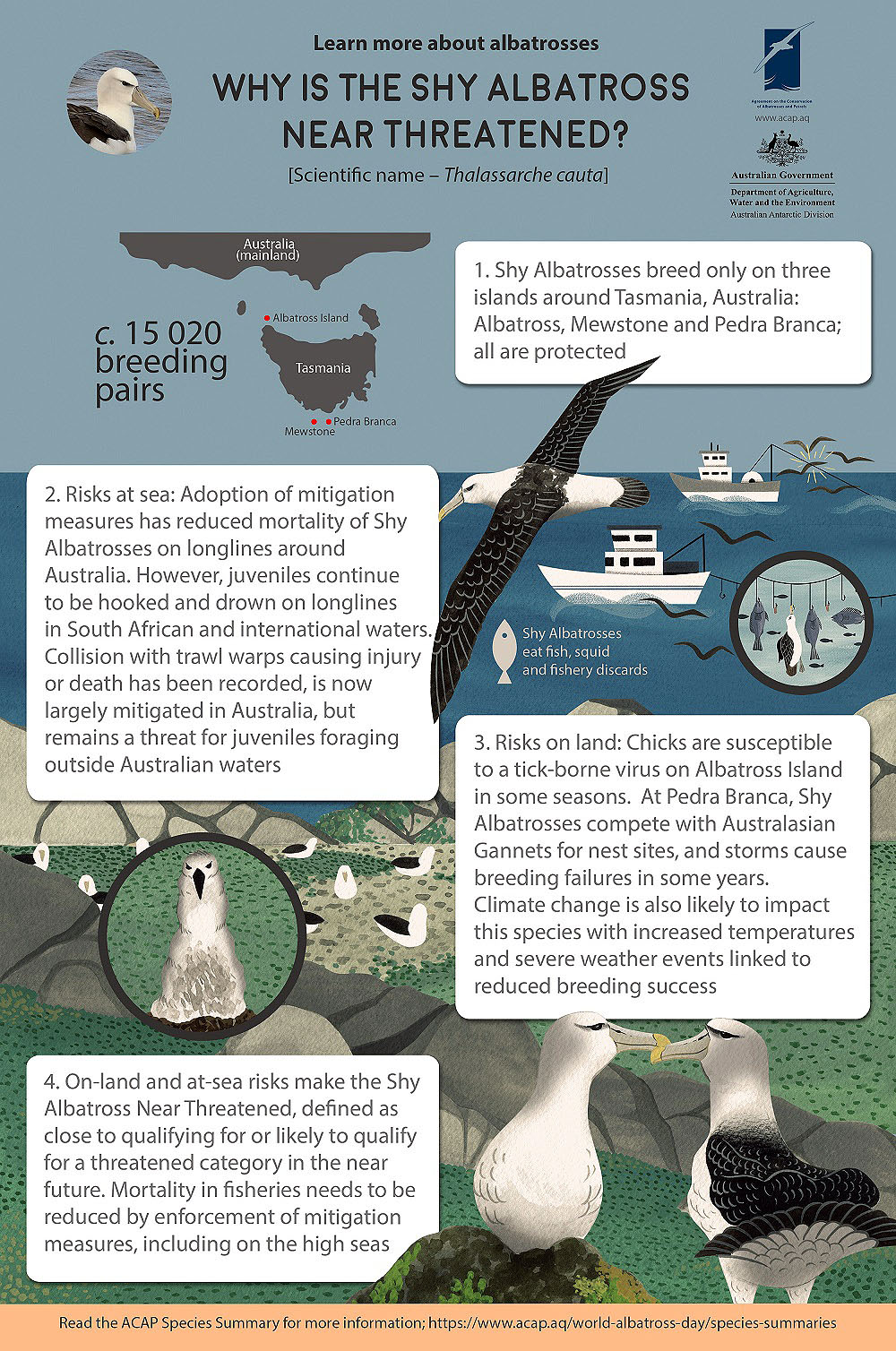 Two more infographics in the growing series produced by Namo have now been produced in English for the Endangered Grey-headed Albatross Thalassarche chrysostoma and the Near Threatened Shy Albatross T. cauta.  They have been co-published with and sponsored by the Australian Antarctic Division.  French and Spanish versions are to follow.

All the infographics are available for downloading in the thee official ACAP languages as high-resolution posters from here.

The vision of ACAP is, in time, to produce infographics for all 31 ACAP-listed species; efforts are currently being directed at producing infographics for the 22 species of albatrosses, primarily in support of future World Albatross Days.  At the time of writing, three more albatross infographics are in varying stages of production.

With thanks to Namasri Niumim for her artistic work and to Jonathon Barrington for arranging the collaboration with the Australian Antarctic Division.