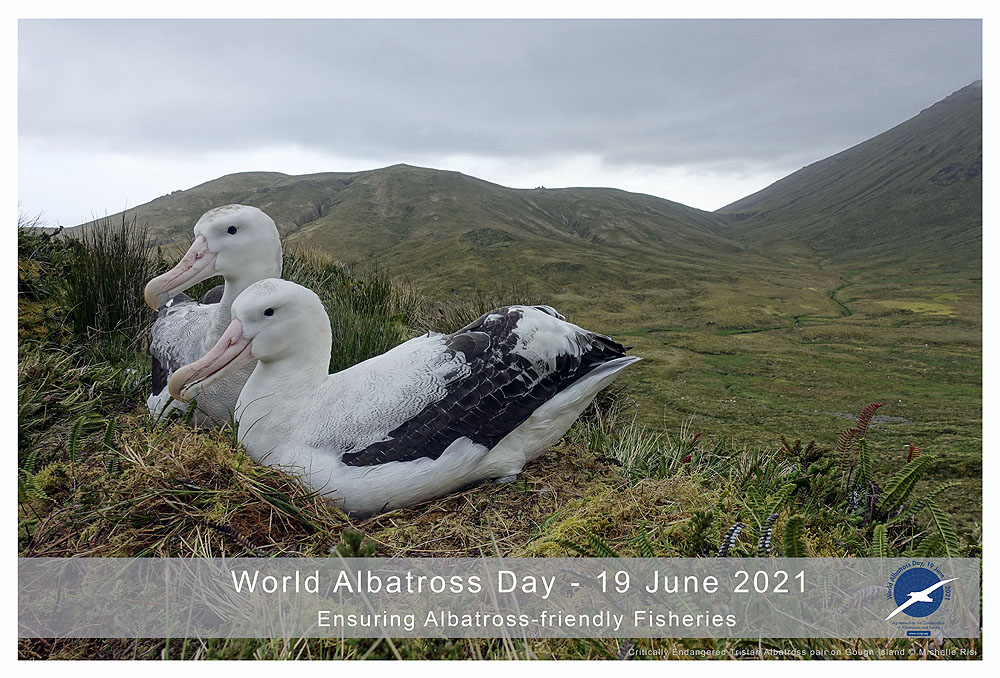 Following on from last year’s World Albatross Day theme of “Eradicating Island Pests”, ACAP’s chosen theme for 2021 is “Ensuring Albatross-friendly Fisheries”.  The large number of albatrosses and petrels killed by fisheries was the main driving force for the establishment of ACAP two decades ago and addressing this continuing conservation problem remains an important part of ACAP’s ongoing work.  In support of World Albatross Day ACAP intends to highlight one or more of the 22 albatross species each year with posters and other artworks.

The featured species chosen for 2021 are the two most threatened albatrosses, both categorized by IUCN as Critically Endangered (defined as facing an extremely high risk of extinction in the wild).  They are the Tristan Albatross Diomedea dabbenena of the United Kingdom’s Gough and Inaccessible Islands and the Waved Albatross Phoebastria irrorata of Ecuador’s Islas Española and La Plata.  Both species are at risk to fishery activities as described in their ACAP Species Summaries.

The 24 high-resolution posters of the two species were designed by Michelle Risi, a member of ACAP’s World Albatross Day Group.  The posters, three for each species, have been produced with English, French, Portuguese and Spanish texts.  Whereas Portuguese is not an official ACAP language as are the other three, Portuguese-speaking Brazil is a long-standing and active Party to the Agreement and its waters are visited by a number of ACAP-listed species, including the Tristan Albatross.

The posters can be freely downloaded, printed out and shared but ACAP requests it be acknowledged in their use for conservation purposes.  They should not be used for financial gain. 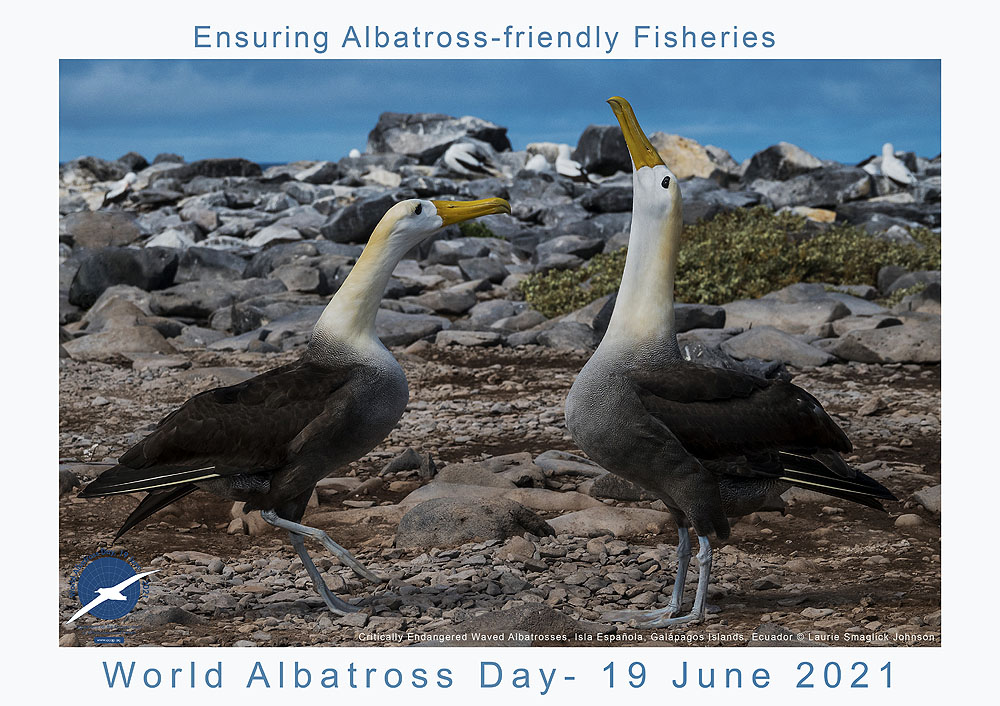 Click here for the four language versions of the ‘WAD2021’ logo.

With thanks to Laurie Smaglick Johnson and Michelle Risi.