Featuring ACAP-listed species and their photographers: the Short-tailed Albatross by Naoki Tomita 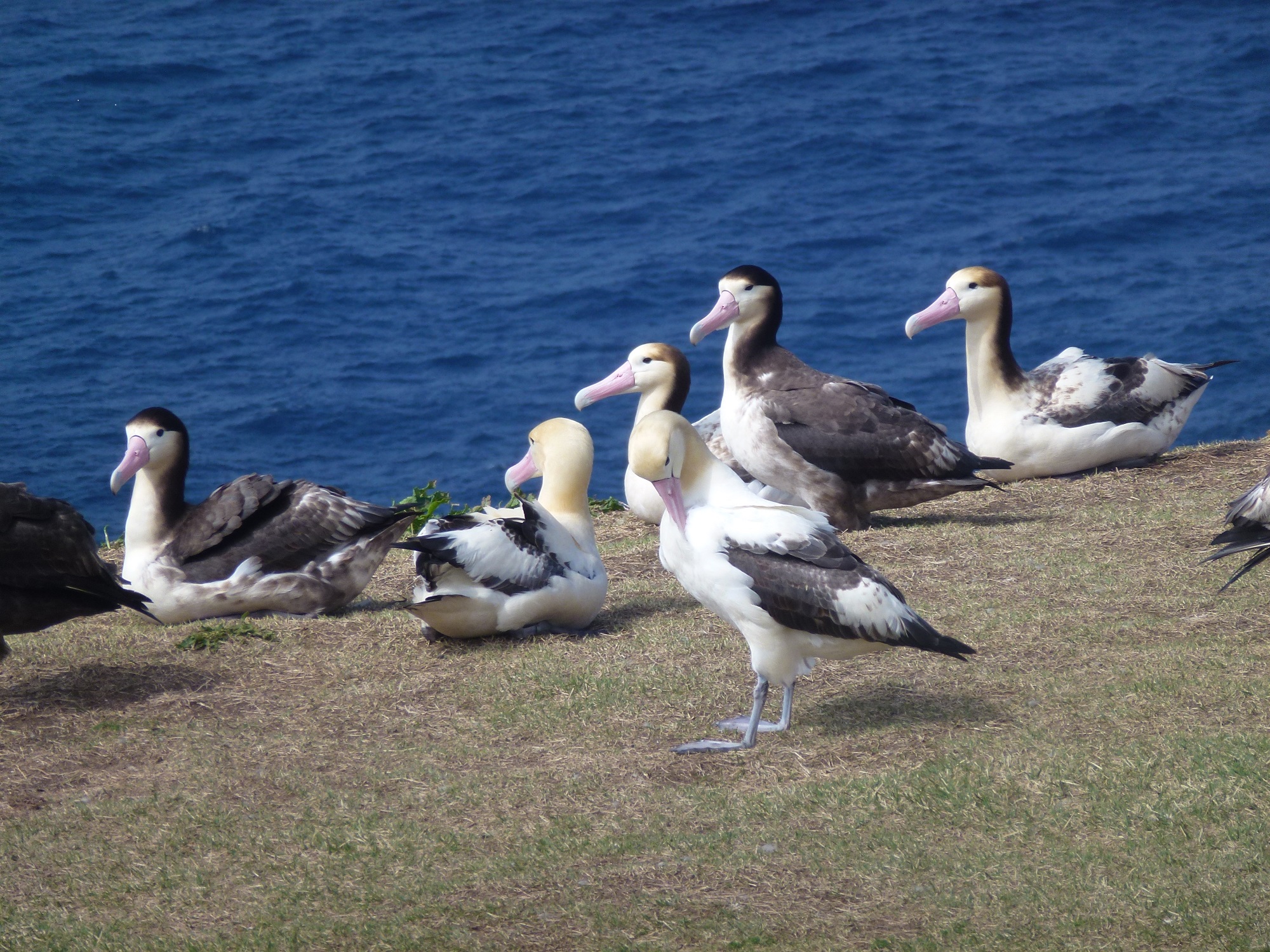 Age-related variation in the plumage of Short-tailed Albatrosses

NOTE:  This post continues an occasional series that features photographs of the 31 ACAP-listed species, along with information from and about their photographers.  Here, Naoki Tomita illustrates the Vulnerable Short-tailed Albatrosses Phoebastria albatrus that he studies on Torishima, the species’ main breeding locality.  Naoki is a Researcher in the Division of Avian Conservation at the Yamashina Institute for Ornithology in Japan. 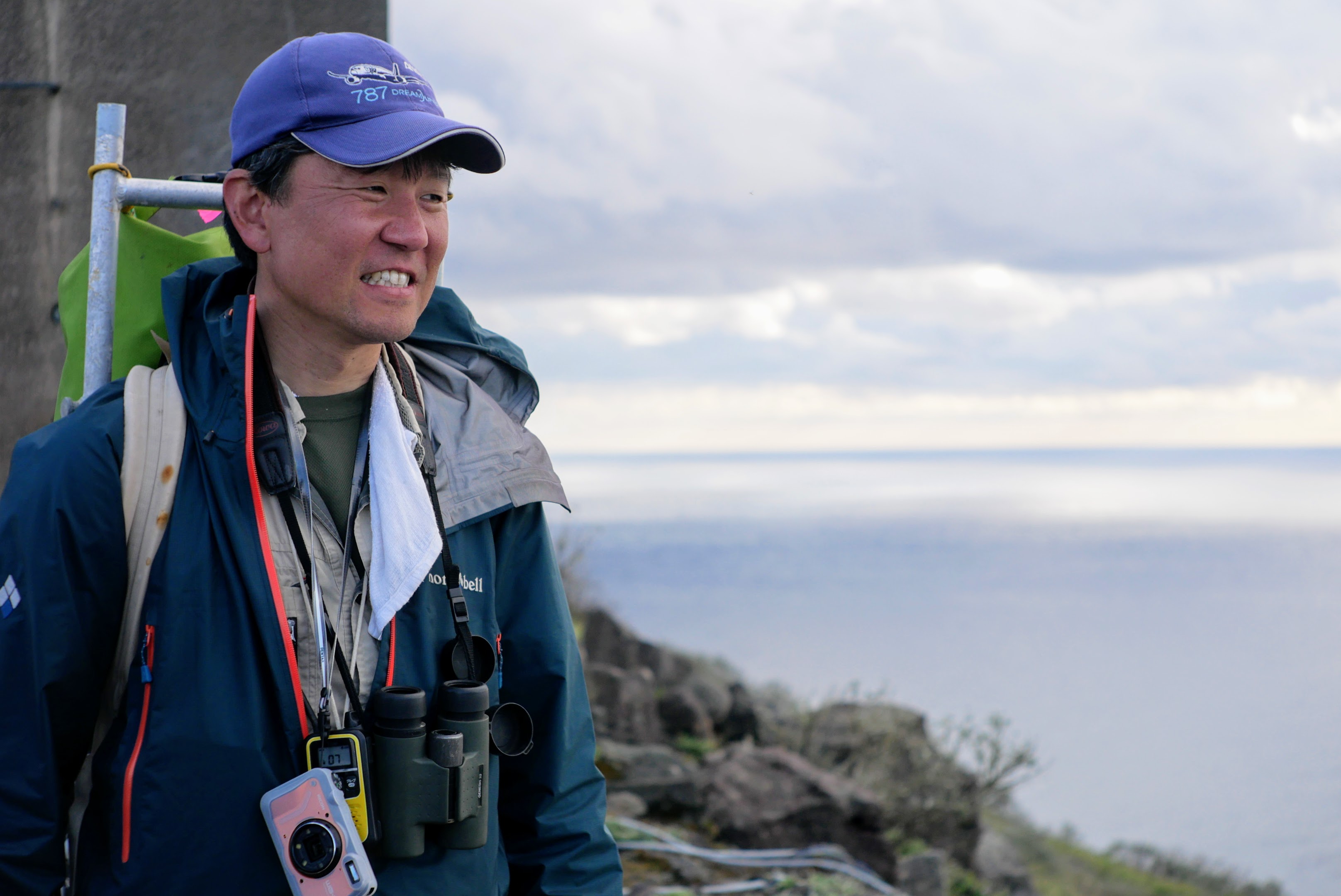 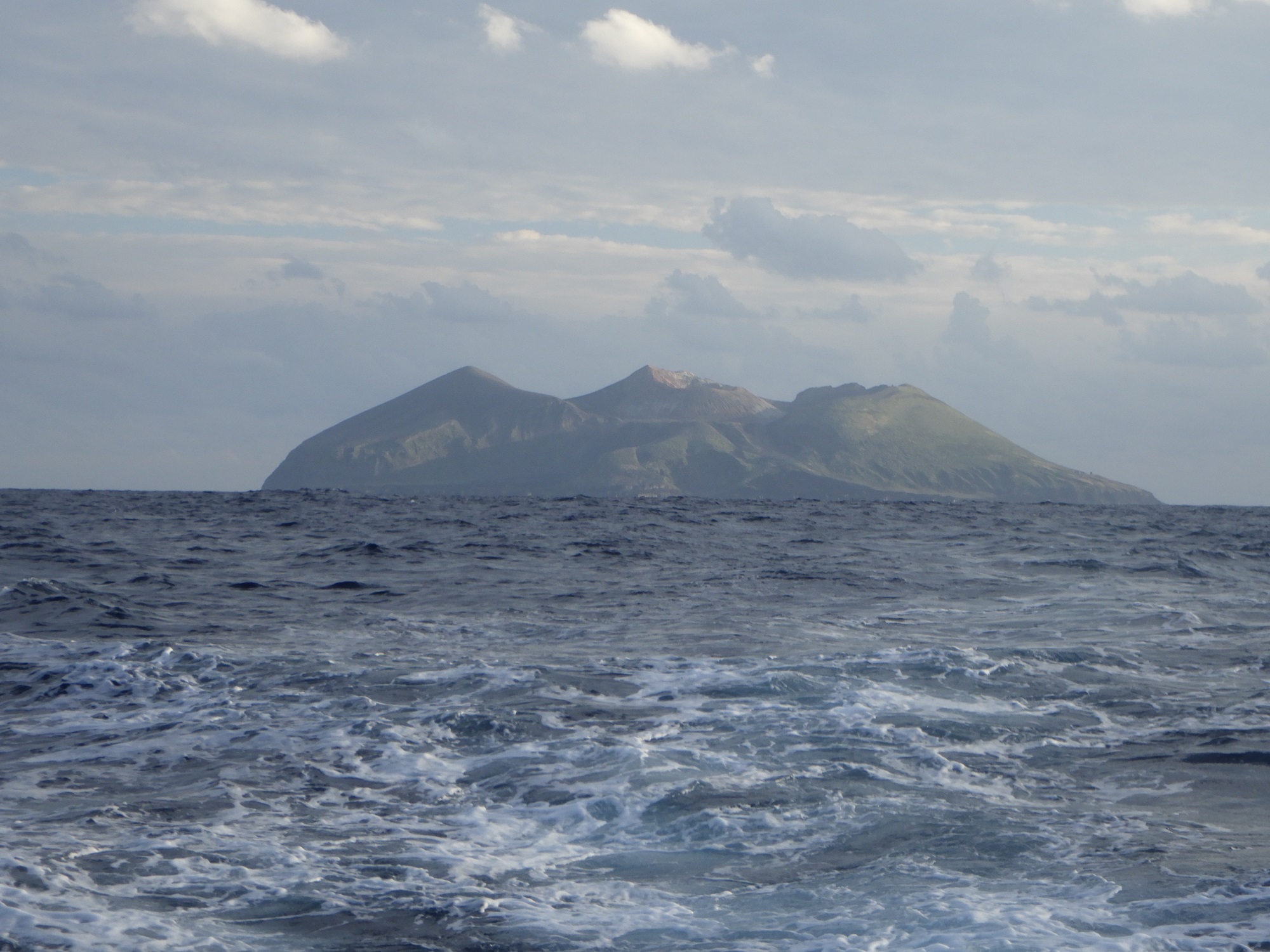 Torishima, home of the Short-tailed Albatross 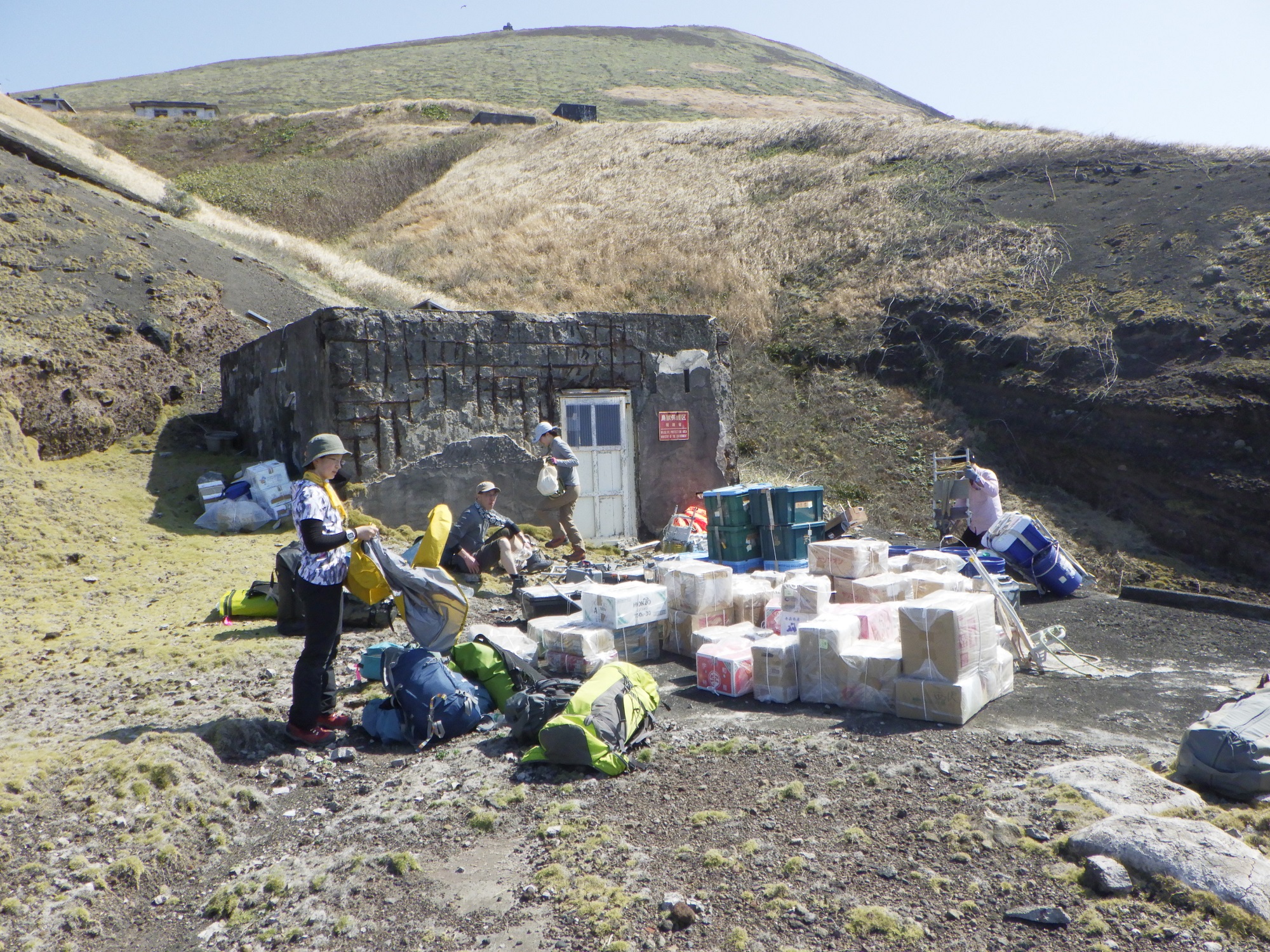 Landing and unloading on Torishima; photograph by Masayoshi Kamioki 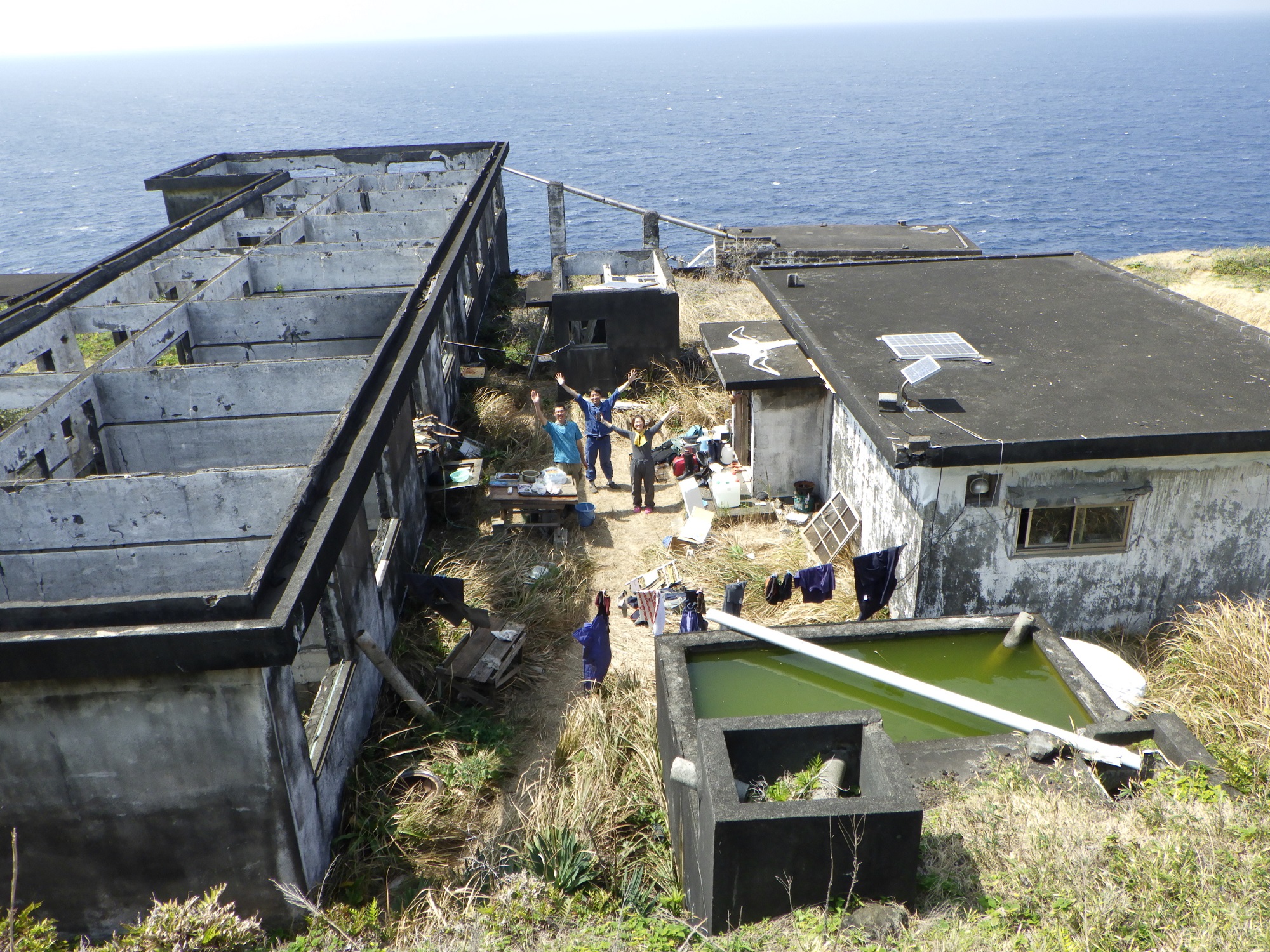 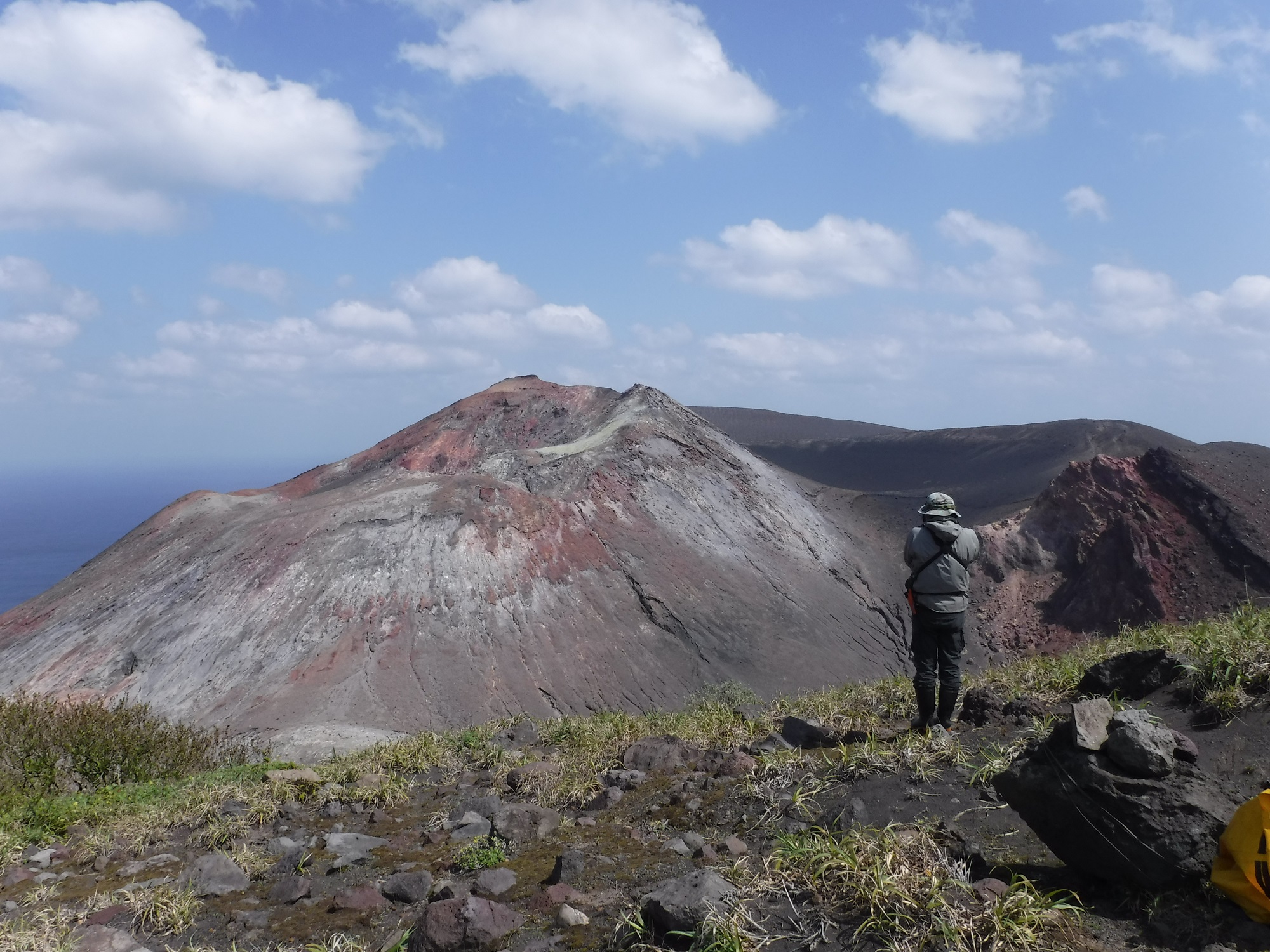 The crater of Mount Iwo-yama, an active volcano on Torishima.  There were pyroclastic flow eruptions in 1902 and 1939, and a recent small eruption in 2002 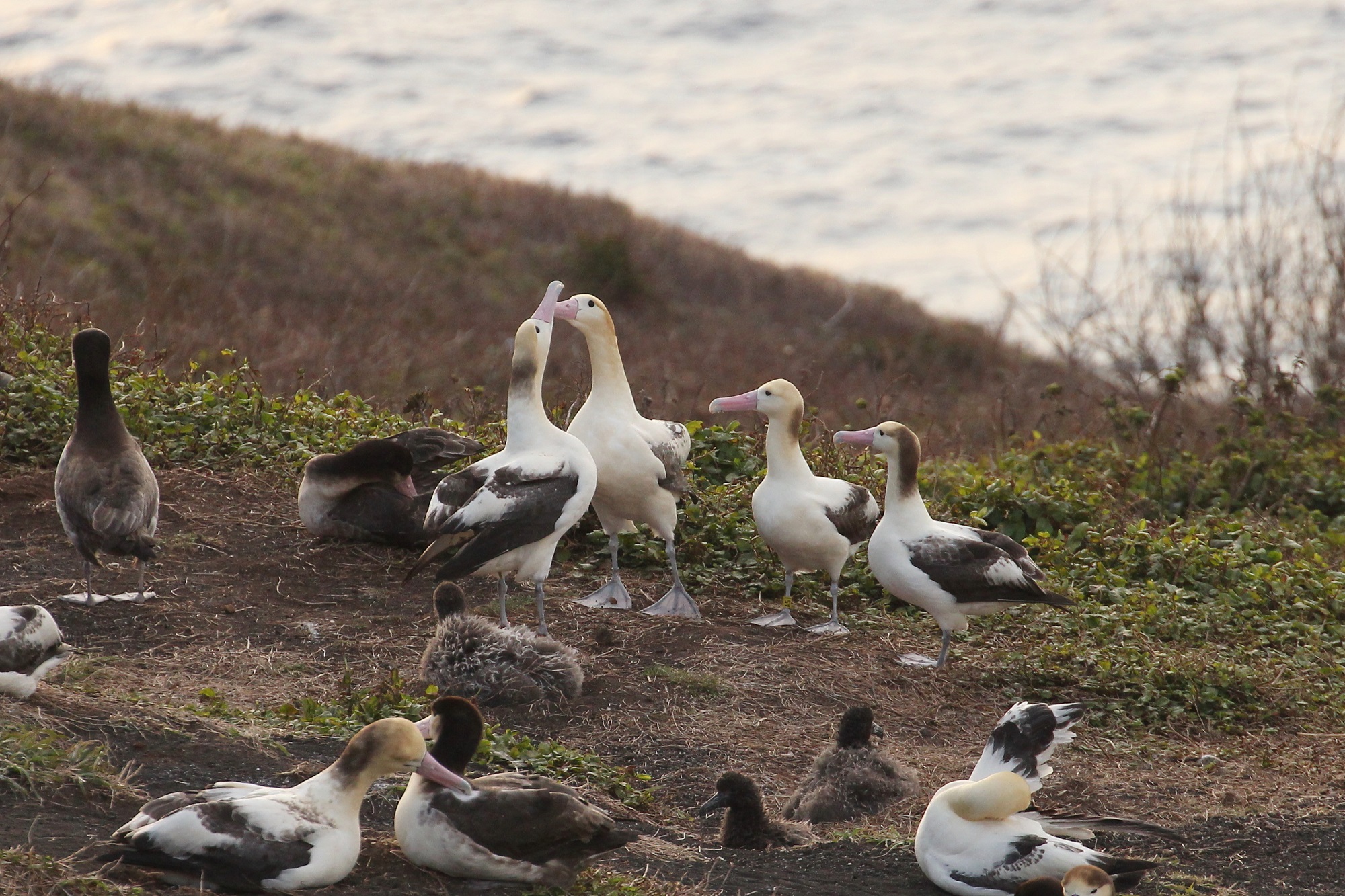 The Short-tailed Albatross was recently described as a species complex comprising two genetically and morphologically distinct populations (Torishima and Senkaku types), with assortative but incomplete mating between birds of both types on Torishima. (from left to right: a female and a male of the Torishima type, two females of the Senkaku type).  The Torishima type is larger in overall size than the Senkaku type.  Read more here; photograph by Miwa Konno 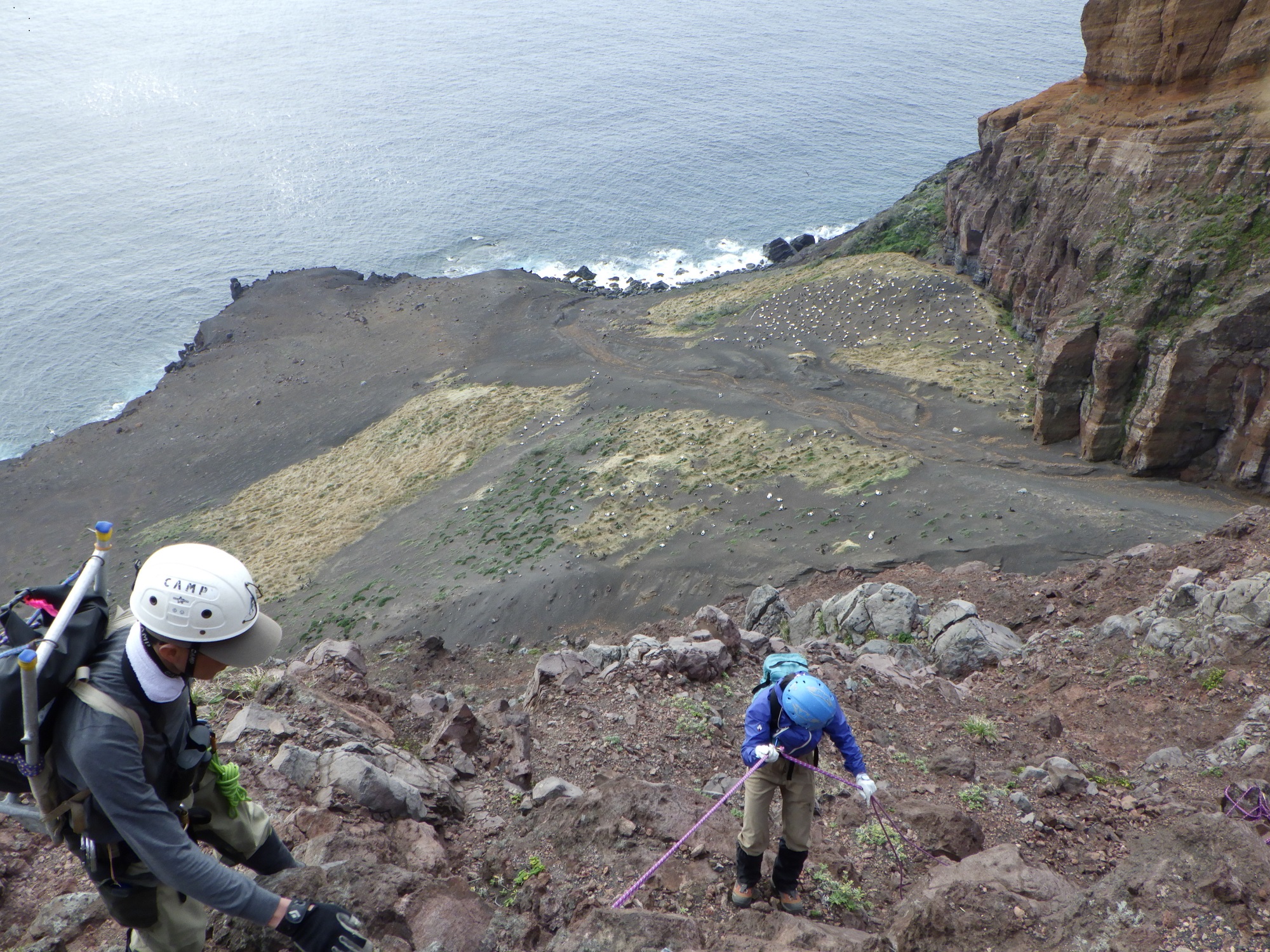 The Tsubamezaki Colony in the distance where Short-tailed Albatrosses were rediscovered breeding in 1951.  It is necessary to descend the cliff using a rope 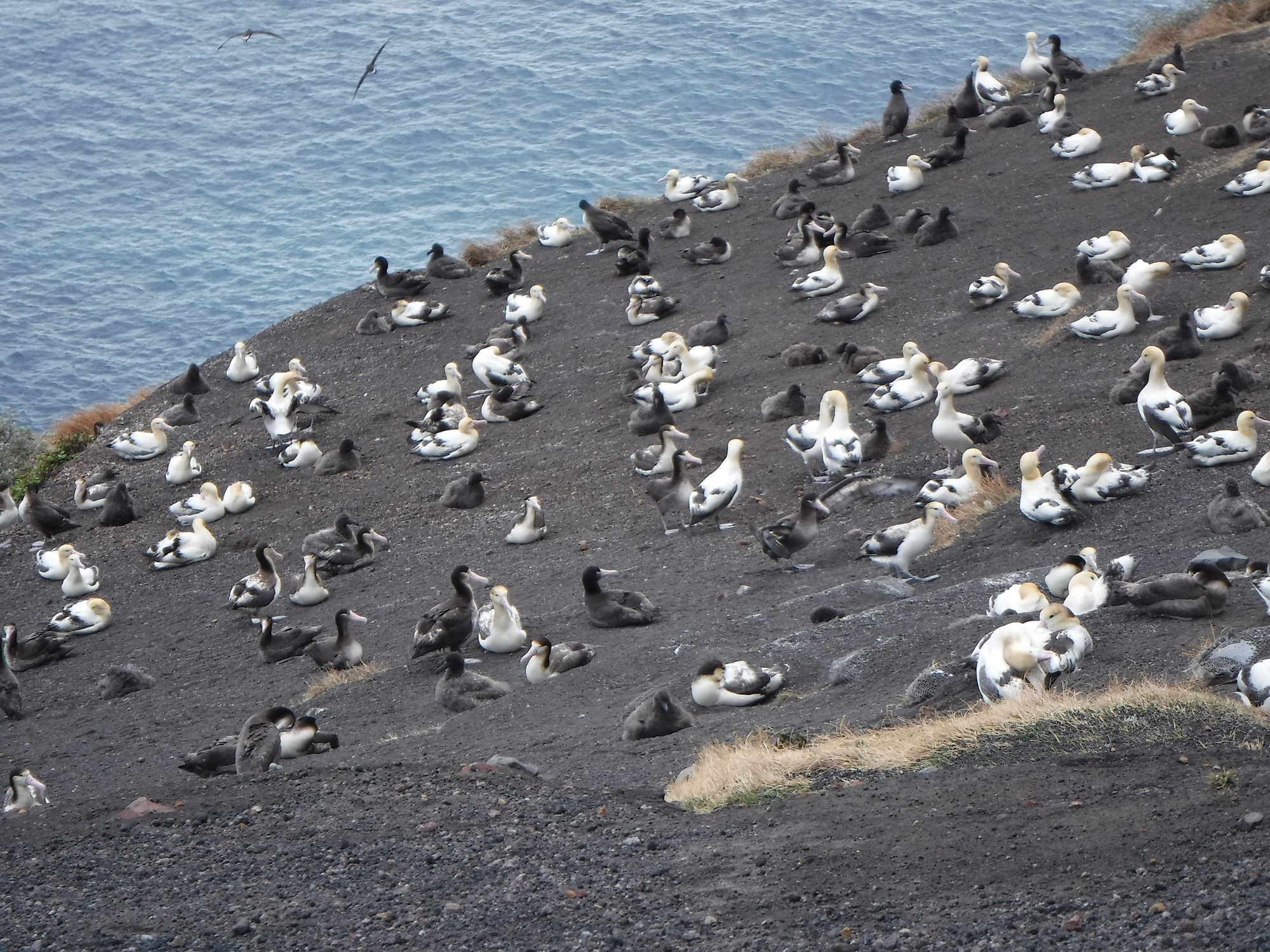 The Tsubamezaki Colony.  Because of the steep slope, eggs and chicks can roll out of the nest; in addition, heavy rains cause scoria to flow down from the cliff 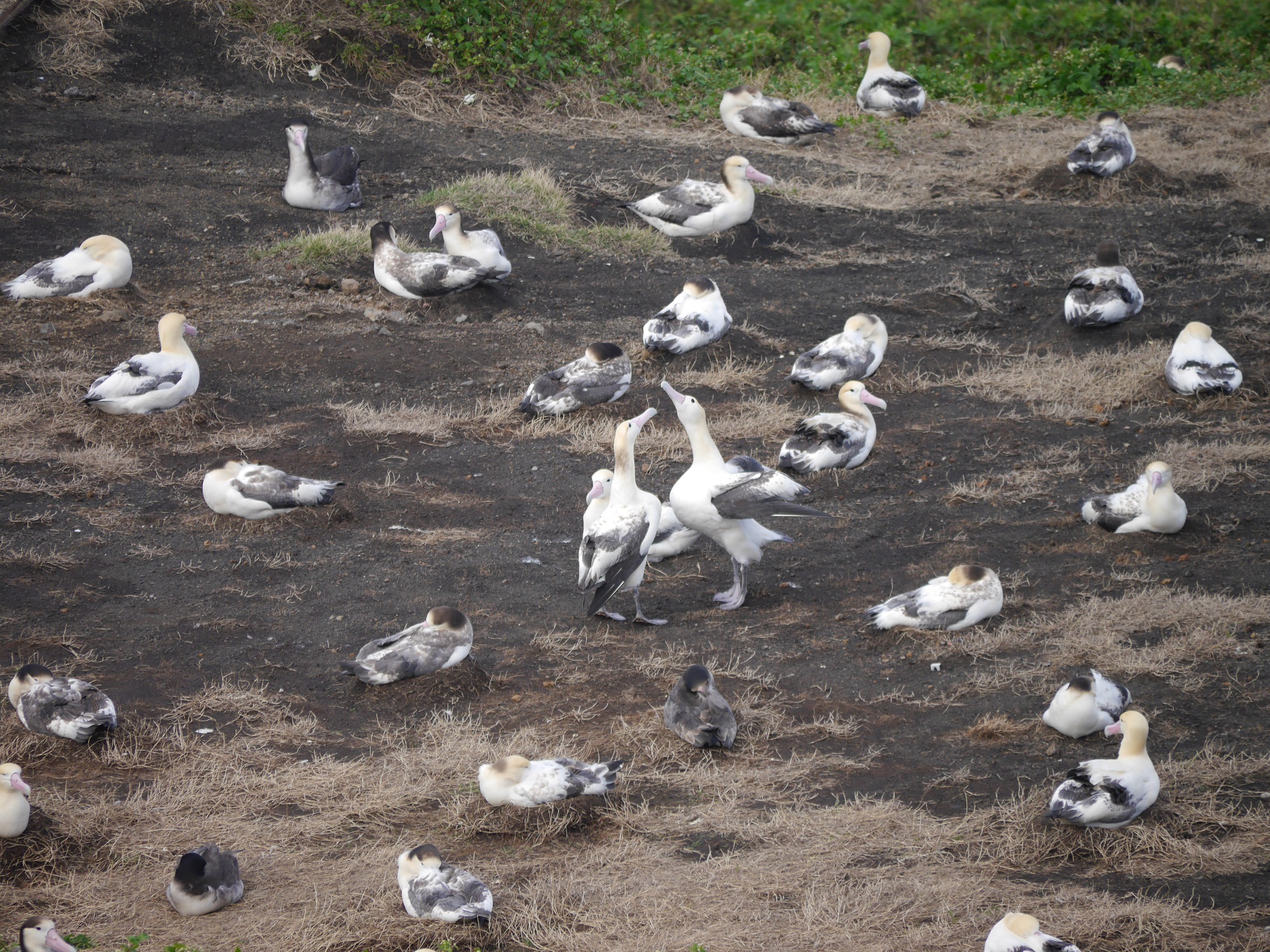 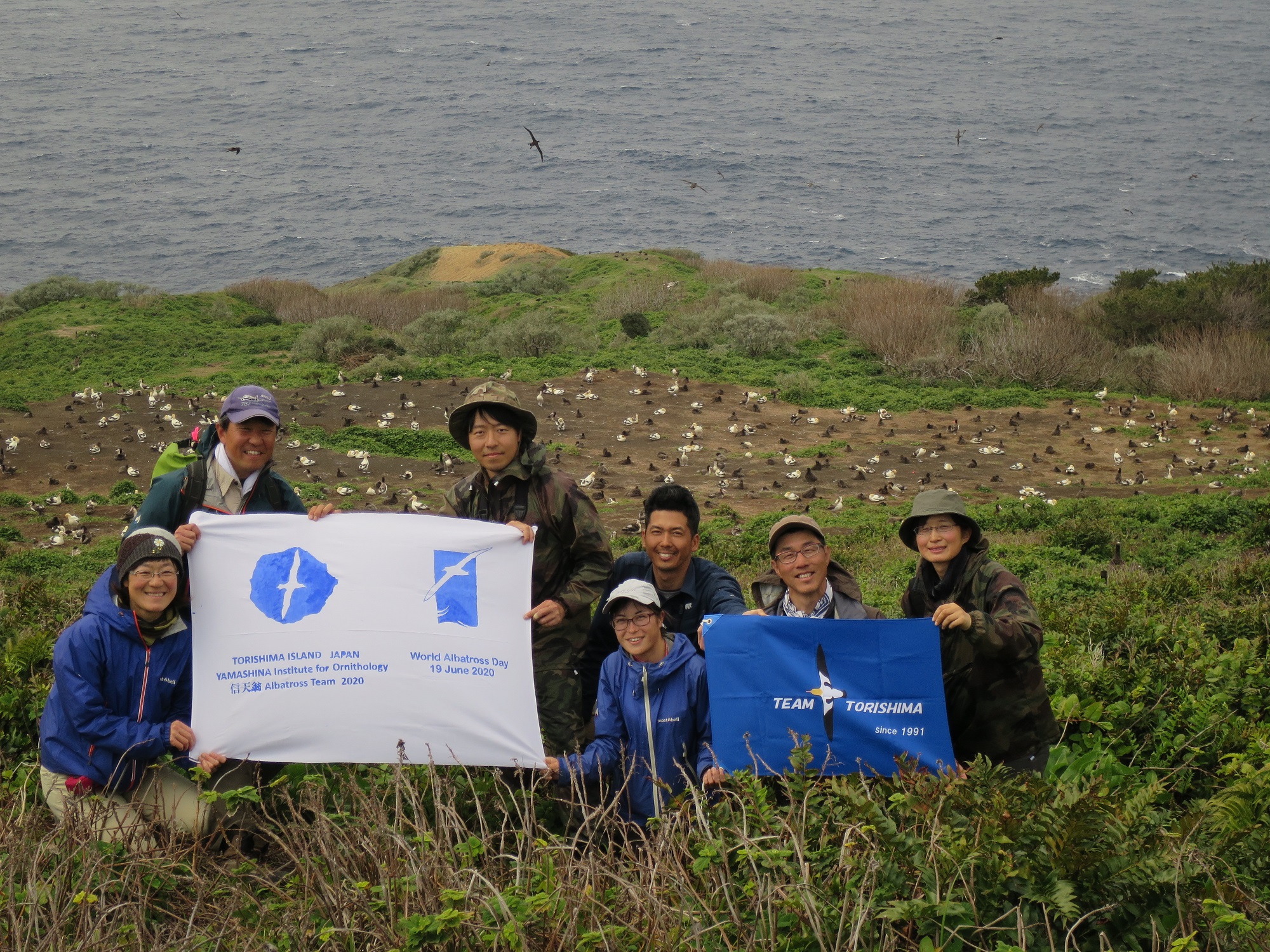 Photographs by Naoki Tomita unless stated.