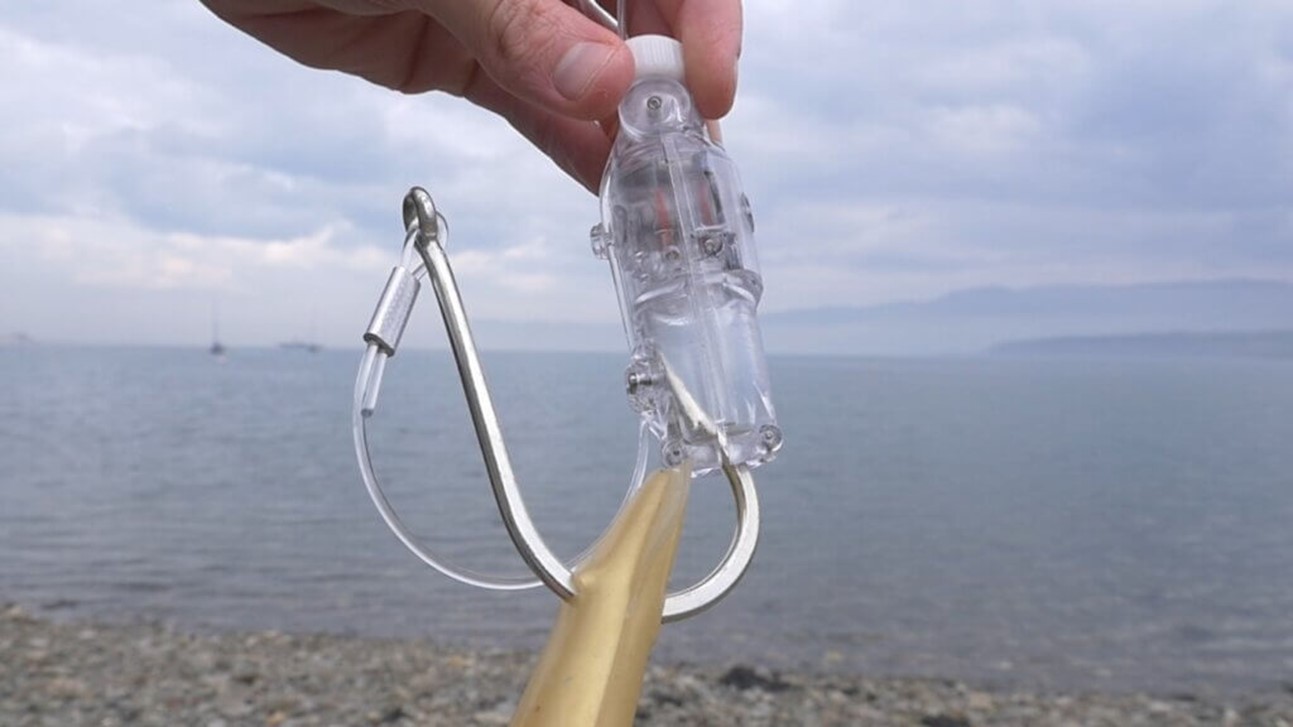 The Hookpod is a hook-protection mechanism that stops seabirds getting caught in the pelagic longline fishery.  The reusable pod covers the baited hook and sinks rapidly until a release mechanism operated by water pressure automatically opens it, releasing the bait below a depth of 20 m, out of the normal reach of ACAP-listed albatrosses and petrels.  The Hookpod Mini is a smaller and lighter version without an LED light.

The Albatross Task Force based within the environmental NGO BirdLife South Africa has reported this week on trials planned (if funding allows) with the Hookpod Mini in South Africa.

“South Africa together with Brazil and Australia participated in trialling the initial prototype in 2012 which led to significant improvements.  Ten years later and the Hookpod has been demonstrated to be the most effective method of preventing seabird bycatch in pelagic longline fleets. It is the recommended best-practice stand-alone bycatch mitigation measure by the Agreement for the Conservation of Albatrosses and Petrels and several fisheries management organizations.  In 2019, it was incorporated as part of the seabird bycatch mitigation measures included in the South African Longline Fisheries Permit Conditions.

“In 2022, we are planning to initiate trials with the new mini-Hookpod and hope to demonstrate, as in other fisheries, that the Hookpod can be used as a standalone mitigation measure in this fleet.  Because each fishery and oceanic environment is unique, demonstrating that a new mitigation measure works requires working directly with the fishermen to ensure new measures work under their fishing conditions and methods.  In this project, we will be working with a fisher who is keen to try the Hookpod and meaningfully reduce the risk of seabirds dying.  If successful we hope others in the fleet will follow on the journey towards eliminating all seabird bycatch!”

Once information on the 2022 trials with the Hookpod Mini becomes available it will be reported here in ACAP Latest News.