Releasing downed Newell’s Shearwaters in the time of a pandemic 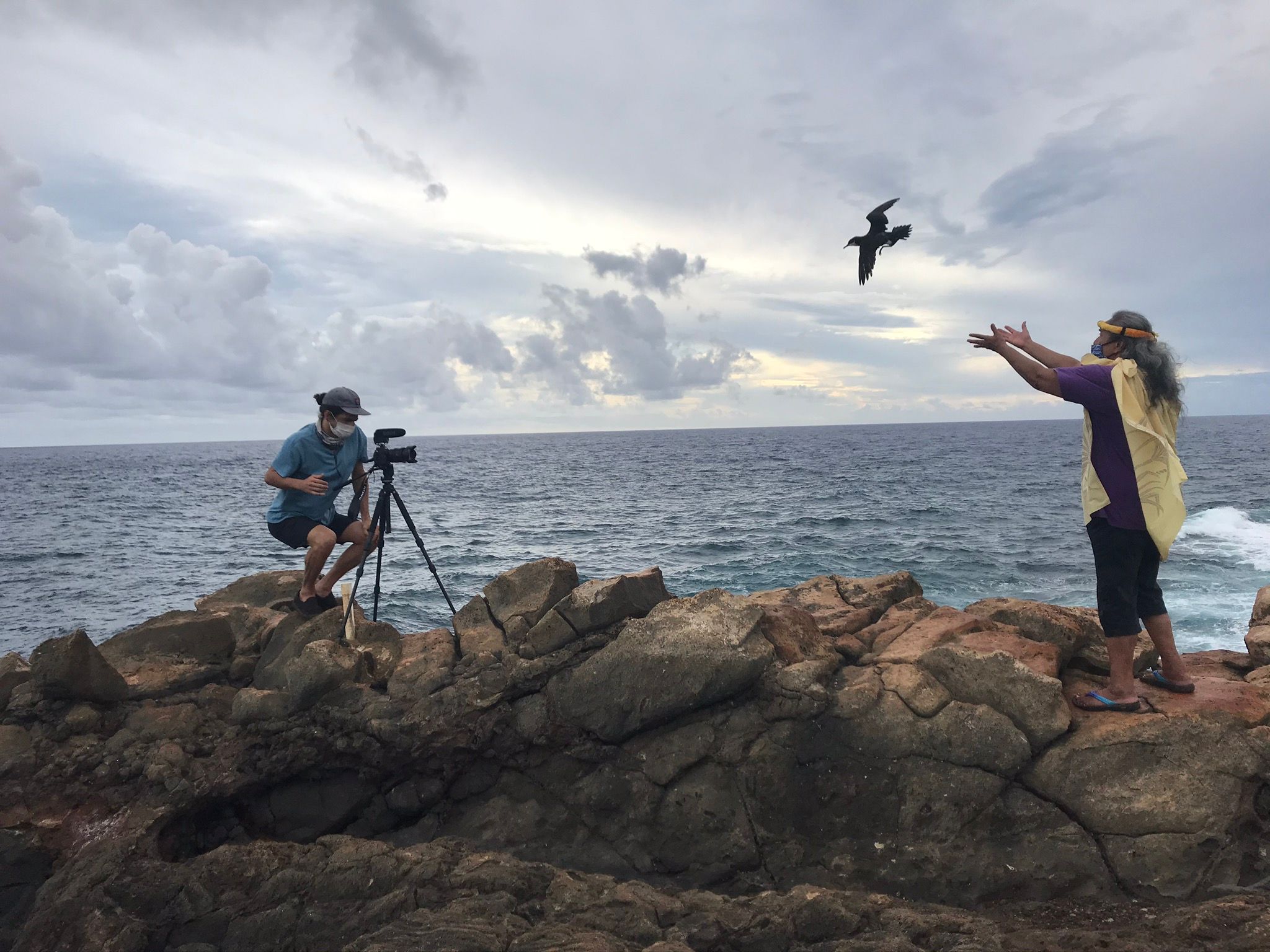 The Kaua’i Endangered Seabird Recovery Project (KESRP) reports that the annual E Ho‘opomaika‘i ‘ia na Manu ‘A‘o (A Cultural Release of the Native Newell’s Shearwater) event was not slowed down by the Covid-19 crisis this year.  But instead of having school children attending as is usual (click here), this  month's ceremony was filmed so that a wider audience could view it virtually.

The 2020 event was organized by KESRP and the Save Our Shearwaters (SOS) program.  Kumu [Hawaiian teacher and practitioner] Sabra Kauka of Island School led the blessing as five Critically Endangered Newell’s Shearwater Puffinus newelli fledglings that had been grounded by light attraction and rescued by SOS were successfully released out to sea on the Hawaiian island of Kauai.

Sabra Kauka, who led the blessing, said “Releasing an Aʻo to the sky and watching it fly out over the ocean with our blessings is always a deep honour. The birds have always been an important part of our ‘aina [love of the land]."  “Because of the global pandemic, we couldn’t have school children attend the release this year, which was a real shame as their enthusiasm and joy at seeing the birds up close is such an integral part of it”, said Dr André Raine of KESRP, “However, we hope that by sharing the footage of the blessing and the birds being released more people will be able to participate in this special day and learn about the challenging journey these birds take when they leave their mountain burrows for the very first time.”

KESRP is a joint project between the Department of Land and Natural Resources (DNLR) Division of Forestry and Wildlife and the Pacific Co-operative Studies Unit of the University of Hawai‘i.  SOS is a DLNR project housed at the Kaua’i Humane Society and financially supported by the Kaua’i Island Utility Cooperative.