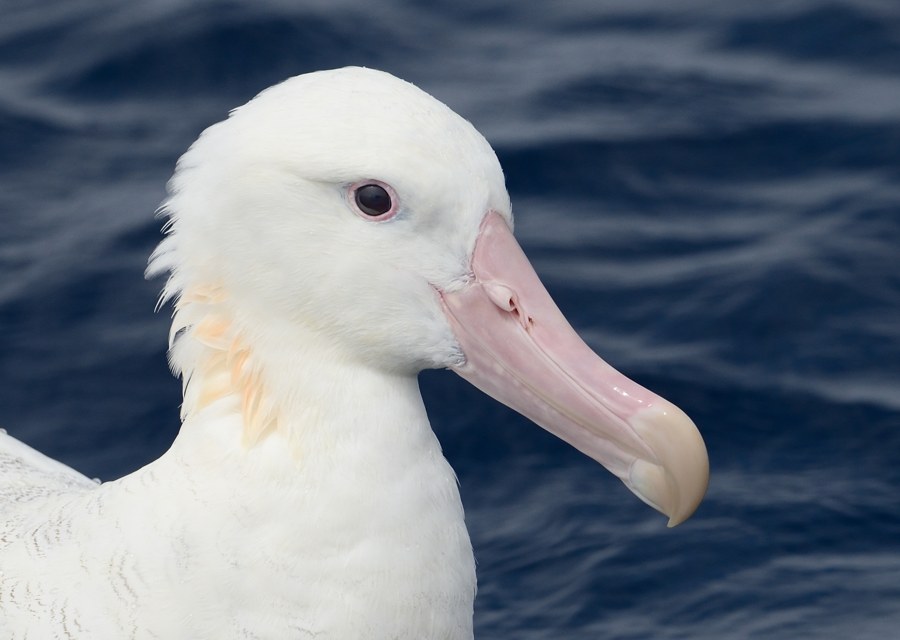 Bycatch in fisheries has been identified as the greatest known threat to the endangered Antipodean albatross (Diomedea antipodensis antipodensis). We used data from 63 satellite transmitting devices deployed on Antipodean albatross in 2019 to describe the year-round distribution of these birds by cohort (in particular, adult females and juveniles). For each bird location obtained, the overlap with fishing effort, using individual vessel data derived by Global Fishing Watch from vessel monitoring systems, was estimated at a daily temporal scale. These methods allowed a quantitative assessment of overlap by geographic or jurisdictional area, season and fishing fleet. The greatest overlap was with pelagic longline fishing effort, and that overlap was primarily in the high seas areas of the Western Pacific, particularly in the mid-Tasman Sea and to the north-east of New Zealand. Juvenile birds foraged further north than adult birds, and overlapped with fishing effort north to approximately 25°S. A number of key fishing fleets were identified as having fishing effort that overlapped with Antipodean albatross, and the ports used by these vessels were also identified. Despite limitations with the tracking data set, and using fishing effort derived from vessel monitoring systems rather than data on actual hooks set, our results can be used to help focus efforts to reduce seabird bycatch in the fisheries that overlap most with Antipodean albatross. Further tracking of Antipodean albatross in 2020 and beyond will provide for an expanded dataset to further improve our understanding of the which fisheries may pose potential bycatch risk to this endangered species.”