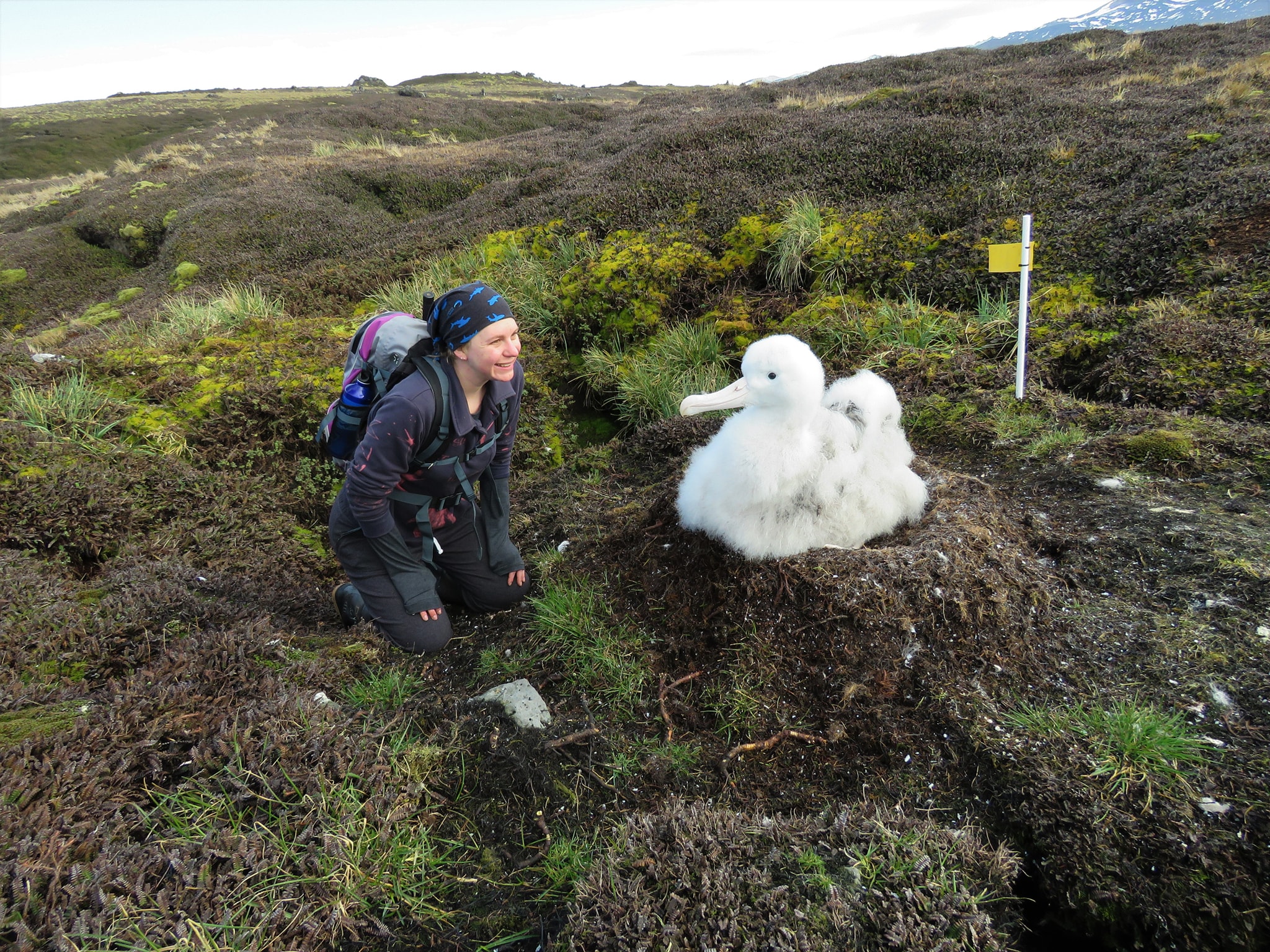 The world-wide COVID-19 pandemic has deleteriously affected research and management activities at a number of oceanic islands that support breeding populations of ACAP-listed species, as previously featured in ACAP Latest News.  South Africa is no exception, with a governmental decision to halt all field work on its sub-Antarctic Marion Island from May this year due to virus concerns and not to replace the island’s researchers with a new team during the annual relief voyage in April/May.

Nico de Bruyn of the University of Pretoria’s Marion Island Marine Mammal Programme (MIMMP) studies three species of seals and Killer Whales or Orcas on the island.  A year break in data collection of individually marked animals would severely impact the value of the internationally respected and almost four decade-long studies of marine mammals that he leads.  A similar problem has ensued with demographic studies of individually colour-banded albatrosses and giant petrels undertaken without break since the 1980s by the University of Cape Town’s FitzPatrick Institute of African Ornithology; recently working in collaboration with the Marine Apex Predator Research Unit (MAPRU) of Nelson Mandela University and the and South African Department of Environment, Forestry and Fisheries (DEFF).

As described in an online article in the Earth Island Journal, Nico de Bruyn has been working towards getting some of the field researchers that were supposed to be part of Marion’s 77th overwintering team from May onto the island by other means.  The opportunity has now arisen with a film crew from Plimsoll Productions that wishes to visit Marion.  An agreement has been brokered with the authorities and a vessel is due to set off for the island in late September - with seven berths reserved for field researchers who will restart the seabird and seal monitoring projects which have been in abeyance for three months since the M76 team was taken off the island.

The seven-person field team will include two ornithological researchers (known at Marion as ‘birders’).  Danielle Keys, a MAPRU postgraduate student, will be looking at the link between demographics and foraging ecology of globally Vulnerable Wandering Albatrosses Diomedea exulans for her PhD.  Danielle has previously spent a year on Marion Island as a member of the M75 (2018/19) overwintering team when her research concentrated on deploying telemetry (GPS and GLS) devices on several albatross, petrel and penguin species, diet sampling, and collecting long-term demographic data on Wanderers.  This summer she will deploy more loggers and continue the monitoring of individually-marked birds that will also include Grey-headed Albatrosses Thalassarche chrysostoma and Northern Giant Petrels Macronectes halli.  Previously Danielle received an MSc with MAPRU for her research on the foraging ecology of Wedge-tailed Shearwaters Puffinus pacificus breeding on Seychelles and la Réunion. 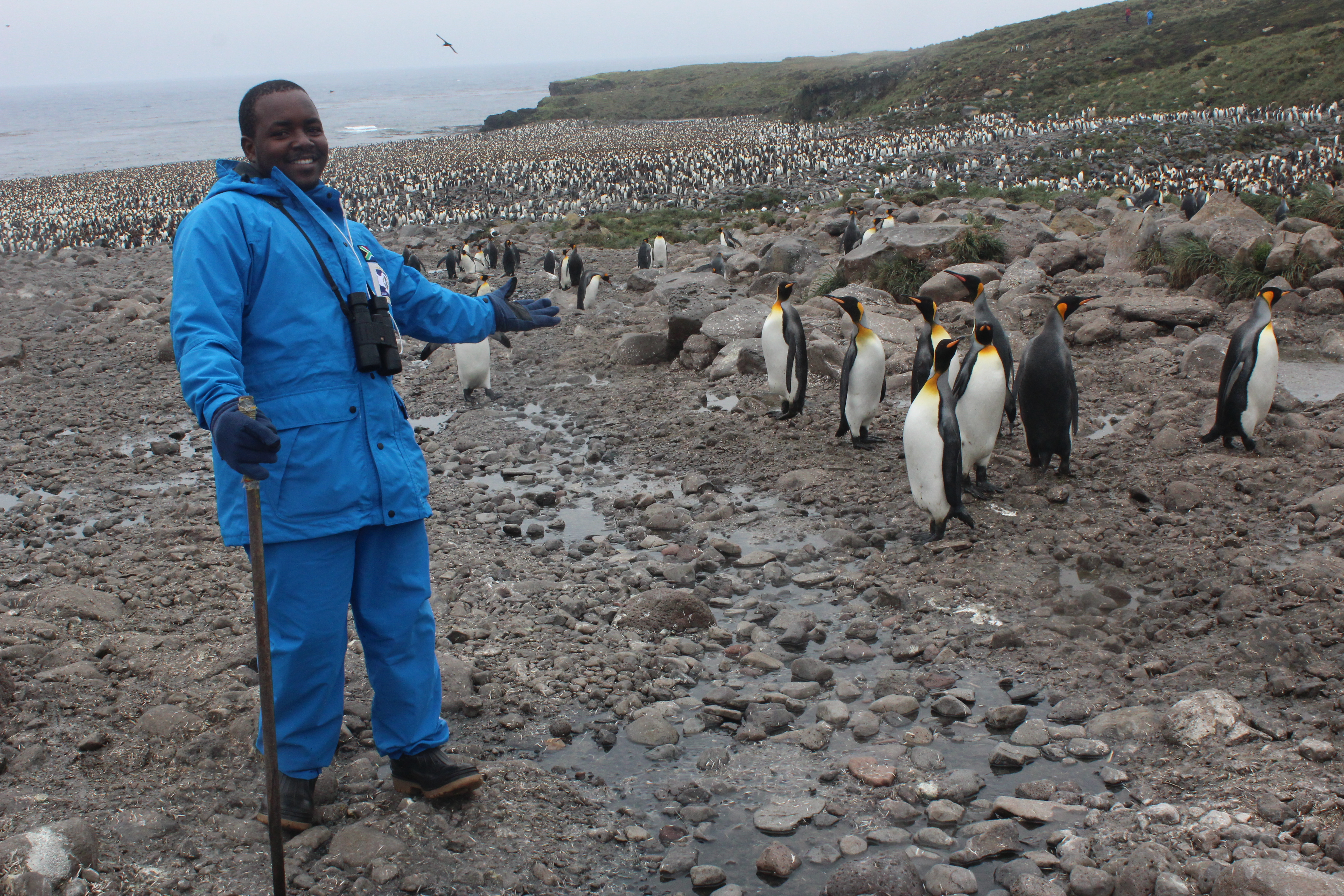 The second birder is to be Thando Cebekhulu, who will work for DEFF.  Thando is also well experienced, having spent 2017/18 on the island with DEFF as a member of the 74th overwintering team.  His work will concentrate on undertaking censuses of surface-nesting breeding seabirds, including the island’s four species of penguins, for which census and other information following CCAMLR protocols has been collected for three species at Marion for 25 years without a break.  However, with only two ‘birders’ on the island much of their field work will need to be shared between them for practical and safety reasons.

Before sailing next month the vessel’s crew, film party and the seven new M77 team members will all need to be quarantined for 10 days prior to departure in a government-approved facility and tested to be shown to be COVID-19 free to avoid the risk of taking the virus to the island.